TASIS Theater Presents "Much Ado About Nothing" 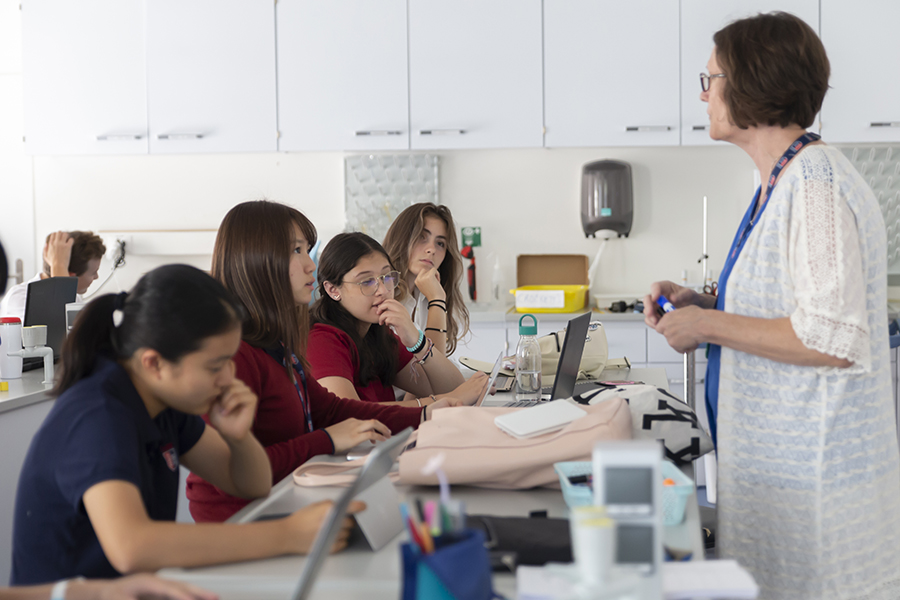 In a spring like no other, it came as no surprise when the International Baccalaureate® (IB) made the decision to cancel its 2020 examinations in late March. High school seniors around the world would still need to be assessed for their two years of intensive work, however, so the organization chose to do so on the basis of teacher-predicted grades, coursework, and historical data. For many students, the conditional offers they’d received from universities earlier this spring remained contingent upon these results.

The International Baccalaureate began releasing the 2020 results on July 6 and has quickly come under fire from both students and schools for the way this year’s scores were tabulated—so much so that the marks are now being investigated by England’s Office of Qualifications and Examinations Regulation (Ofqual), a non-ministerial government department that regulates qualifications, exams, and tests in England.

The Swiss Group of International Schools (SGIS) has expressed its frustration to the International Baccalaureate and requested a formal meeting with a representative of the IB Assessment Office to discuss this matter further.

“The IB contends that the May 2020 results are credible and in line with results over the previous five years,” said Howard Stickley, who is wrapping up a long and distinguished career as the IB Coordinator at TASIS. “The IB Diploma Schools in Switzerland (IBDIS) do not share this opinion and are in the process of detailing their concerns to the IB.”

The primary concern of IB Coordinators throughout Switzerland is that the calculations used to determine the grades, about which there is a lack of transparency from the IB, have preserved the overall global statistical trends at the expense of individual students who have experienced wide discrepancies between their known performance levels and their IB results. This has resulted in an unprecedented demand for assistance from students whose university plans are now in jeopardy.

“There are many examples I can give of students who have been adversely affected,” said Mr. Stickley. “There are considerably more than in a normal year, and I have heard similar stories coming from many other Swiss IB schools. We believe that the actions of the IB have further disadvantaged students who have already had to contend with the pandemic.”

Mr. Stickley noted that while the overall TASIS data appears to be strong on the surface—and in the spirit of transparency, we have chosen to share a snapshot of the overarching results below—it is the arbitrary nature of certain grades that is not sitting well with him. A particular contention is the manner in which the IB has drawn upon historical data to calculate the 2020 scores. IB Coordinators do not feel that they can explain this methodology to their constituents with any degree of confidence.

“At TASIS, our 5-year historic average for IB Economics HL is 4.8, whereas this year the IB calculated average is 4.38,” stated Mr. Stickley in a letter to the International Baccalaureate. “Why is our average this year not 4.8? Twenty of the 21 students in the class received 1 or more grades less than their predicted grades. Two students received an examiner marked coursework score of 7, were predicted a 6 by their teacher, and received an IB calculated final grade of 5. How was the 5 calculated?”

Mr. Stickley went on to question the very idea of using historical data to calculate this year’s grades in the first place:

An understanding of IB schools of the size of TASIS would have made it obvious that the use of historic data was flawed from the outset. Subject sample sizes in such schools are small, teachers change, student cohorts change from year to year, and schools endeavor to make improvements in teaching and learning and the accuracy of predictions based on data analysis and IA feedback. That the current cohort is evaluated on the basis of the performance of their predecessors over five years in a year where their studies have been disrupted by the school closing and a transition to online learning for students who dispersed around the globe seems to show little respect for the individual. It may have served the purpose of preserving overall statistical trends for the IB but does not appear to have worked for many individual students.

In short, this remains a developing situation, and students around the world will be forced to nervously await the IB’s response to this growing controversy. Many have no choice but to hope their scores are moderated up a point or two, enabling them to secure the university placements they’ve narrowly missed. [Editor's note: International Baccalaureate Director General Siva Kumari released this statement on July 13, three days after this article was published.]

With the understanding that there is still much to be resolved, below is a snapshot of how TASIS IB Diploma candidates, who were also required to complete four-week Passion Projects this spring in lieu of the traditional exams, fared on their assessments in this most uncommon year. [Editor's note: The data below was updated after the IB released its moderated scores in August 2020.]

Forty-eight of 49 IB Diploma Programme candidates (98 percent) were awarded a diploma, marking the eighth straight year TASIS students have passed at a rate of 97 percent or higher. The worldwide pass rate has remained below 80 percent over this same period.

The mean score posted by TASIS candidates who obtained an IB Diploma was 34.1, which tops the 2020 worldwide average by more than three points. (Learn how IB scores are typically determined.) The School’s five-year average sits at 32.2, with the 2020 mean score representing the highest mark posted by TASIS students since 2014. Four students scored at least 40 points, and an impressive 46 percent of all TASIS diploma recipients scored 35 points or higher.