<Back to News
Steven Hahn on the Art of Storytelling 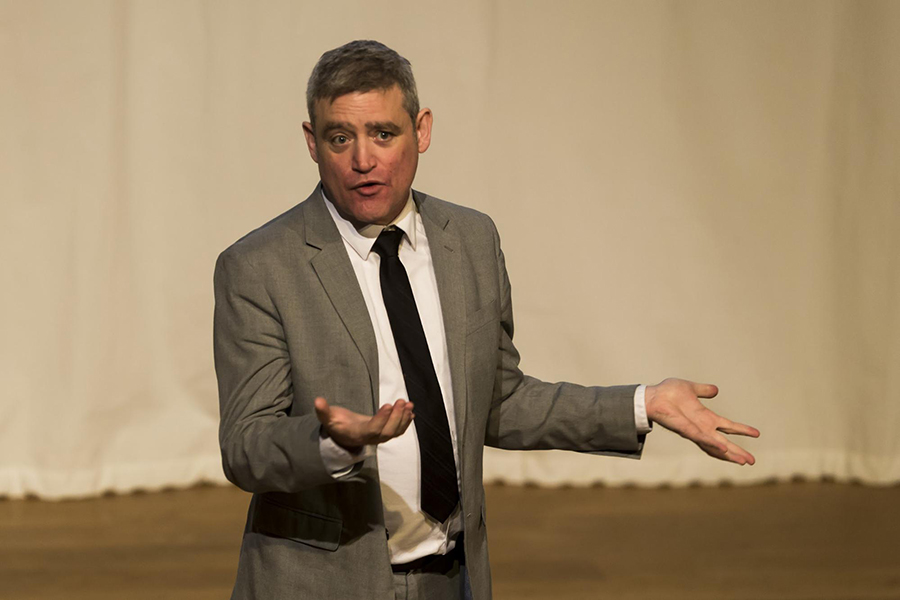 Writer and educator Steven Hahn spent time with students in English and Theater classes and delivered an engaging Senior Humanities Program address in the Palmer Center during his visit to TASIS on February 20–21.

Mr. Hahn, who describes himself as “an author, a teacher, and a serious collector and connoisseur of anecdotes,” used his 45-minute address to talk about how stories actually work. He focused on the elements that must be present in any compelling story—exposition, an inciting incident that leads to a dramatic question, a point of no return, an “All is lost” moment, an “Aha!” moment, a climax in which the dramatic question is answered, and a resolution—and then illustrated his points by dissecting an episode of The Twilight Zone. (Due to copyright restrictions, we cannot show that part of Mr. Hahn's address.)

Mr. Hahn—who earned a BFA from New York University, completed an M.Ed. from The City College of New York, and has recently completed his coursework towards his Ed.D at the University of British Columbia—currently teaches English at St. John’s School, an elite IB high school in Vancouver, BC, and is a screenwriting instructor at the University of British Columbia. He previously worked as a filmmaker and writer in Hollywood and spends much of his time outside of school performing music, painting, and training in Brazilian Jiu-Jitsu. 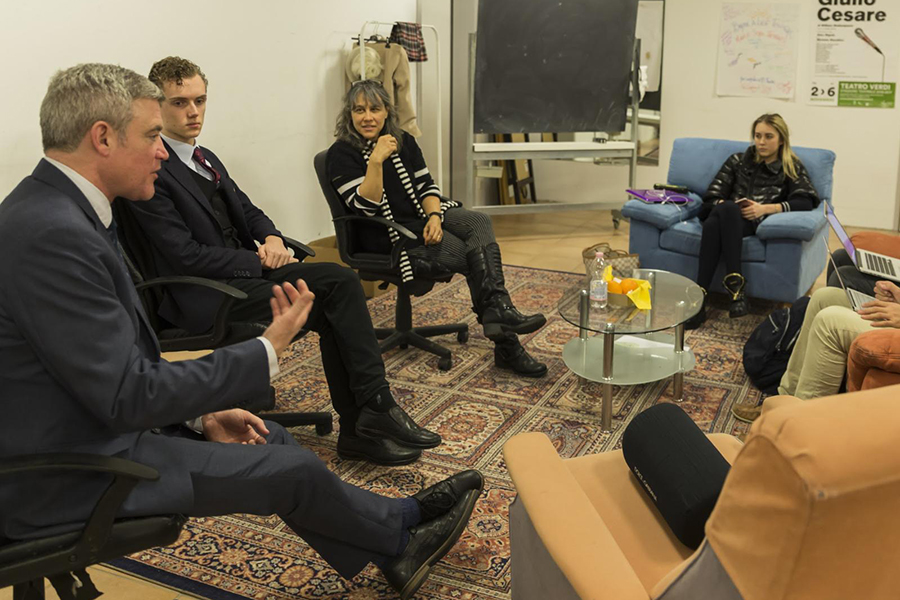 Journalist John Hooper visited on October 24 to open the 2016–2017 program, humanitarian Heela Najibullah spoke on November 7, and filmmakers Zach Ingrasci and Chris Temple came on January 19. University of California, Berkeley, professor Jeffrey Reimer will conclude this year’s program when he visits on March 13–15.