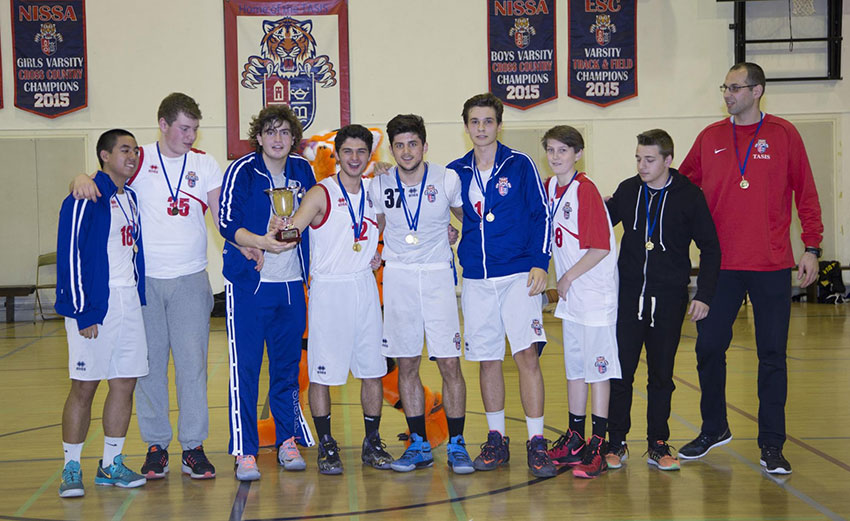 Highlights from the Winter Season

The 2015-2016 season provided some memorable highlights, including the following:

Rron Lluka ’16 was named MVP at the Northern International School Sports Association (NISSA) Basketball Championship, leading the Varsity Boys team to its second straight NISSA title. Nicola Barbieri ’18, Can Basaran ’18, and Ivan Ubovic ’18 were named to the All-Tournament team, and Lluka also earned a prestigious Alfred Stauder Award, given to an athlete who delivers a “perfect performance in a championship tournament.” The boys would later go on to post a solid third-place finish at the European Sports Conference (ESC) championship.

The Varsity Girls Basketball team posted an excellent record of 10-5 and saved its best performance for the season-concluding ESC Championships, where the Tigers went 4-0 in round-robin play before ultimately falling to a very strong International School of Lausanne team. From Coach Kent Hercules: "This was definitely the most united, close team we have seen in recent years. The girls made enormous progress during the year, partially because they cared so much about one another. They will miss captains Paulina Gazin '16 and Molly Hercules '16, who will be graduating this spring.

The Varsity Swimming team set numerous personal records, scored in 20 events, had 11 podium finishes, received the Sportsmanship Award, and finished in fourth place overall at the ESC Championships in Frankfurt. Stasja Ilic ’16 won the 400-meter freestyle and took second in the 200-meter freestyle while Gaia Burani ’16 was runner up in both the 100-meter and 50-meter freestyle. 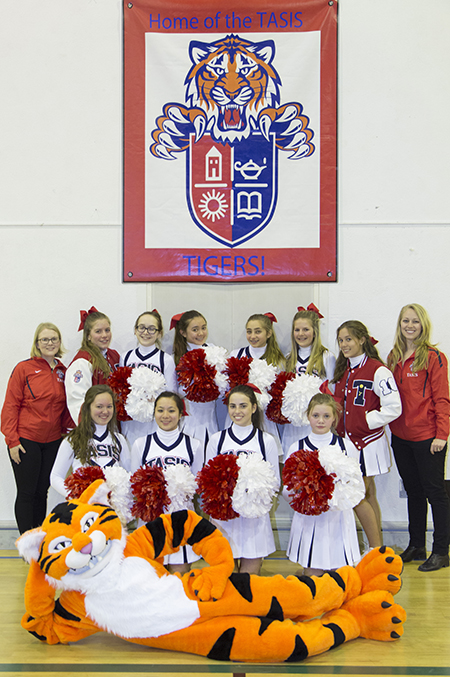 Both the Boys and Girls Varsity Badminton teams finished second at the NISSA Championships, which were hosted at the new TASIS Muzzano Sports Center. Maria Clara Oliani '16 dominated the girls bracket and was crowned NISSA Girls Singles Champion. The team would go on to send a school-record four players—Kirill Krupenin ’17, Aida Loggiodice ’17, Jose Ferreira de Melo Fillo ’18, and Lee Hankeyoul ’18—into the medal round at the season-closing SGIS championships in Lausanne.

The Varsity Cheerleading squad had a wonderful weekend supporting the Boys Varsity Basketball team at the SGIS Tournament at the International School of Geneva. The Geneva cheerleaders hosted the TASIS team with much generosity and excitement, and the two teams shared a stunting and half-time cheer workshop and performed a spirited cheer together. The TASIS cheerleaders would later attend an excellent clinic at the American School of Milan, where they were able to reconnect with the Geneva team.

The Middle School Downhill Skiing team competed at the Haut-Lac Ski Competitions in late January, and Filippo Antonello ’20 was runner-up in his age division, leading the Tigers to a third-place finish in Category C. Alessandra Boatti ’22 won the Category D girls competition while Carolina Zanon ’21 and Penelope Baroni ’21 took third and fourth, respectively, in Category C. At the SGIS Championships in early February, Boatti posted a strong fourth-place finish fourth out of 36 competitors in her division. 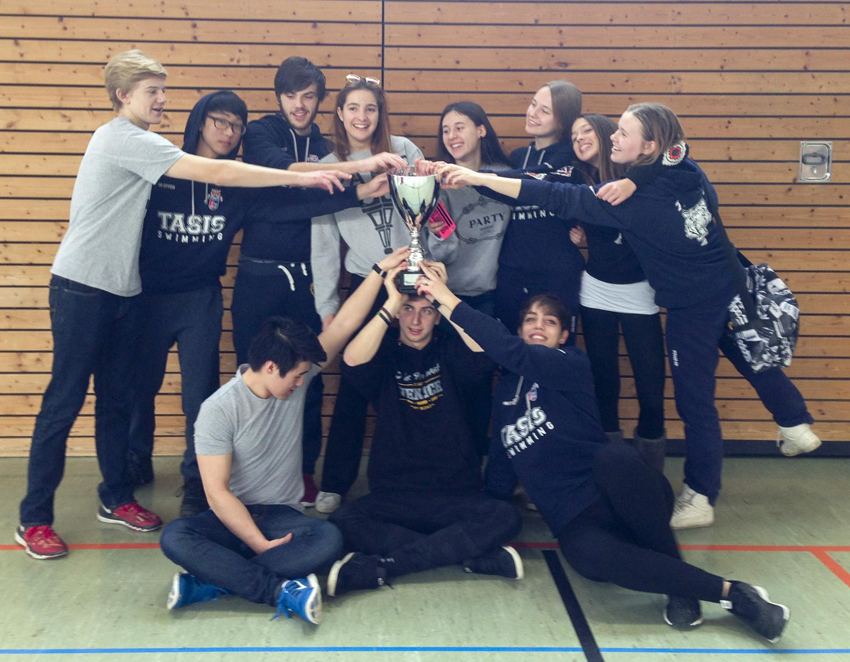 At TASIS the ideal of the well-rounded student-athlete is consistent with the highest levels of athletics and academic success. Throughout this year, our student-athletes and teams have met that unique challenge, demonstrating that academic and athletic excellence can complement one another. 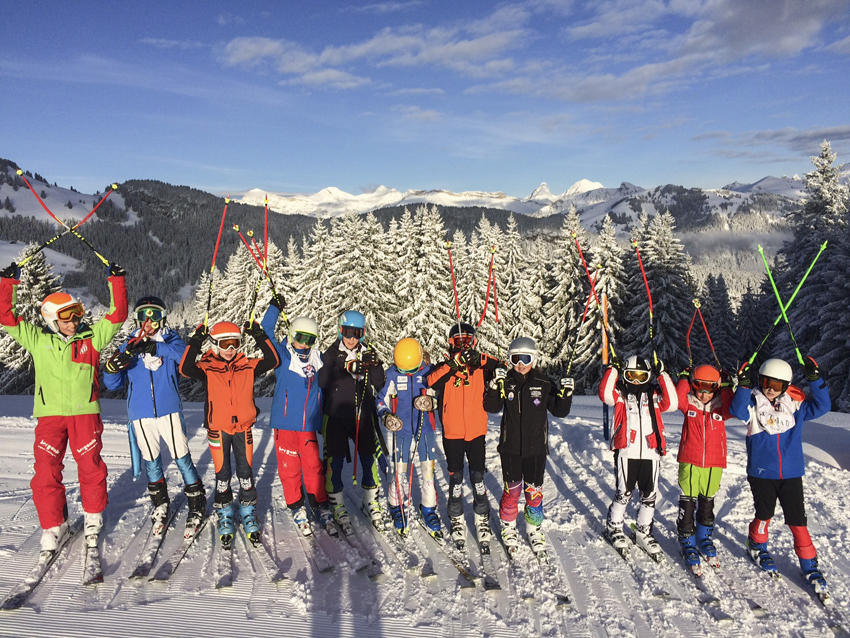 The following awards were handed out at either the High School Winter Sports Banquet on March 15 or the Middle School Awards Ceremony on March 9.