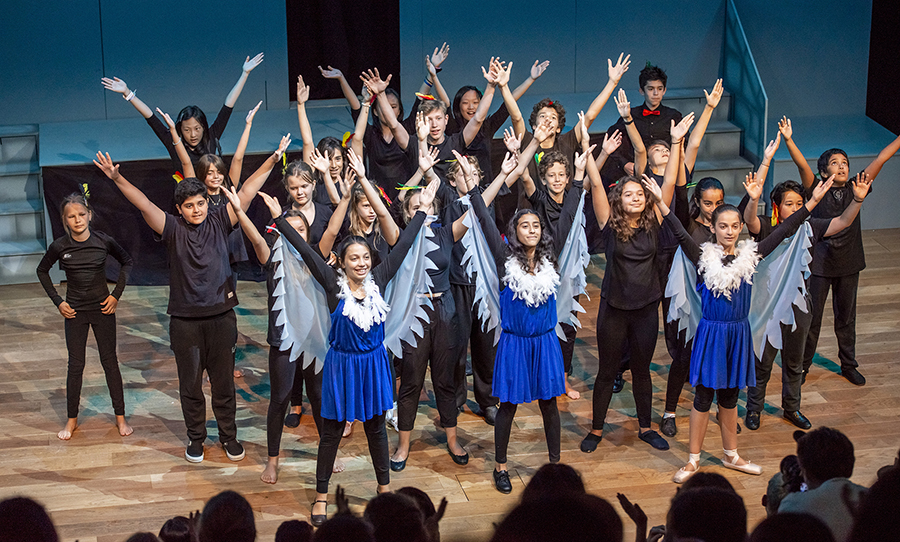 Students who attended the 2019 TASIS Summer Programs in Lugano had the opportunity to pursue a huge variety of performing arts offerings—including musical theater, singing, ukulele, guitar, Orff ensemble, dance track, stomp tap, comedy writing, and theater tech—under the direction of the best team in the business.

The culmination of their artistic pursuits were the always-popular Summer Arts Festivals, which occurred during the final few days of each session. These celebrations of the arts offer students a platform to present their outstanding work to their parents, friends, and counselors. As Michael Rosenbaum, Director of the Dedicated Performing Arts Team, noted, “Every child is indeed born an artist, and our Summer Arts Festival is one of the best opportunities to witness the growth of that artistry through the application of what is learned in other subjects. These students are so brave to share their discoveries with a new audience, and as their arts teachers, we couldn’t be prouder.”

TSP students performed the original musical EPIC: The Musical in the Palmer Center on the evenings of July 16 and August 8. Kyle Adkins directed the musical and wrote the libretto, and TJ Liquori, Michael Rosenbaum, and Adkins wrote the music and lyrics.

Synopsis: The Agency has outlawed all forms of art, literature, and performance--but in The Underground, a troupe of criminal actors perform their shows in secret, stitching together the last surviving copies of Homer, Shakespeare, and other classics. When a spy from The Agency infiltrates The Underground, will she collect enough evidence to put them in jail for life--or will she be moved by the stories they tell?

Director’s Note: EPIC was first presented at TASIS in the summer of 2015. At that time the TSP Musical Theater course was not offered, and a shorter version of the show was rehearsed as part of the TSP Musical Activity. Now with both the Musical Theater Course and Musical Activity students working in tandem, we decided to dust off the old script and give it a full-length revamp. The show you’ll see today builds off the initial seed of the earlier EPIC, growing it to include new characters, new songs, and a new ending. EPIC: The Musical explores the value of art and beauty in our modern world, paying homage to the storytelling tradition that has persisted since the earliest humans first gathered around the campfire to entertain, comfort, and bond with one another.

MSP students performed the original musical The Happy Prince in the Palmer Center on the evenings of July 17 and August 9. Stephanie Figer wrote the libretto, Jami Reimer wrote the music, and the two collaborated on the lyrics. Reimer also directed the show and shared music direction duties with Greg Gardner.

Synopsis: High on a column, watching over the city, stands a dazzling golden statue, The Happy Prince. But is he truly happy? In this reimagining of the short story by Oscar Wilde, three birds who can’t sit still lend a wing to a prince who’s solidly stuck. Will they sort out the meaning of happiness in the process?

Director’s Note: It has been my immense pleasure this session to watch this talented and committed cast take on the creative challenge of the question, “What is happiness?” Their inquiry into this theme through musical, lyrical, and choreographic collaboration has made the process of creating this show an inspiring and enriching one. This musical is the fruit of the students’ own reflection, risk-taking, and creativity. Thank you, MTC cast!

MSP students and counselors closed down two wonderful sessions with a variety of outstanding performances in the Palestra on the evenings of July 17 and August 9. Students sang songs in multiple languages, showcased their instrumental skills, and performed several choreographed dance routines. Following MSP Director Marc-Pierre Jansen’s closing remarks, they punctuated session one with the traditional TASIS summer sendoff: an emotional performance of Todd Fletcher’s “Together.”

CDE students performed the original musical Jenny and the Paper Pirates in the Palmer Center on the afternoons of July 17 and August 9. The libretto was written by Douglas Waterbury-Tieman, and Chris Rayis wrote the music and lyrics. Rachel Stephens directed the show while Breanna Heinrichs served as music director.

Synopsis: Jenny is a little artist with a big imagination! With the help of her colored pencils, she and her cousin Quincy sing and dance their way through space with a roaming band of Paper Pirates. Led by the fearsome Admiral Bobb, they find themselves face-to-face with alien Nomads who have yet to implement a recycling program. They also compete as the lucky contestants on Depa Doom’s daytime game show. Come join Jenny and her pirate crew as she learns the importance of kindness and teamwork through music and imagination!

Director’s Note: The CDE Musical has been rehearsing tirelessly to present to you their imaginative and energetic musical, Jenny and the Paper Pirates! Since day one we have been thrilled with the creativity, ideas, and dedication that students have brought to rehearsals. We have loved watching them grow as artists as they participated in all parts of putting on a musical: from “pirate school,” choreography, and music rehearsals to helping us create the props and set pieces. We hope you enjoy the show as much as we have enjoyed the process!

CDE students and counselors also marked the end of each session with a series of excellent performances in the Palestra. Both Final Night Celebrations were filmed and can be viewed in the clips above. Photos can be found here (session one) and here (session two). 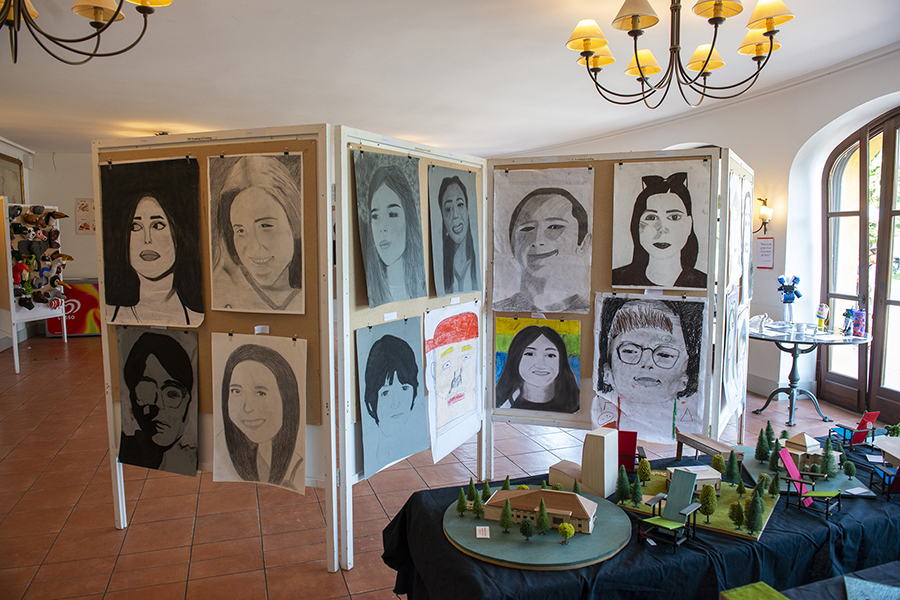 The two Summer Arts Festivals also included an exhibition of the many impressive art and design projects created by students throughout each session. Visual Arts offerings during the summer included Art Activities, Robotics, and STEAM for CDE; Digital Photography and Robotics for MSP; and Digital Photography, Architecture and Design, Drawing and Painting, Fine Art Portfolio, and Sculpture for TSP.