Student writer Esma Karuv ’19 posed as a food critic for this year’s International Food Fair, a signature event during International Week in which students from dozens of countries set up tables in the Villa de Nobili Dining Hall and share their nation’s food with the whole TASIS community. 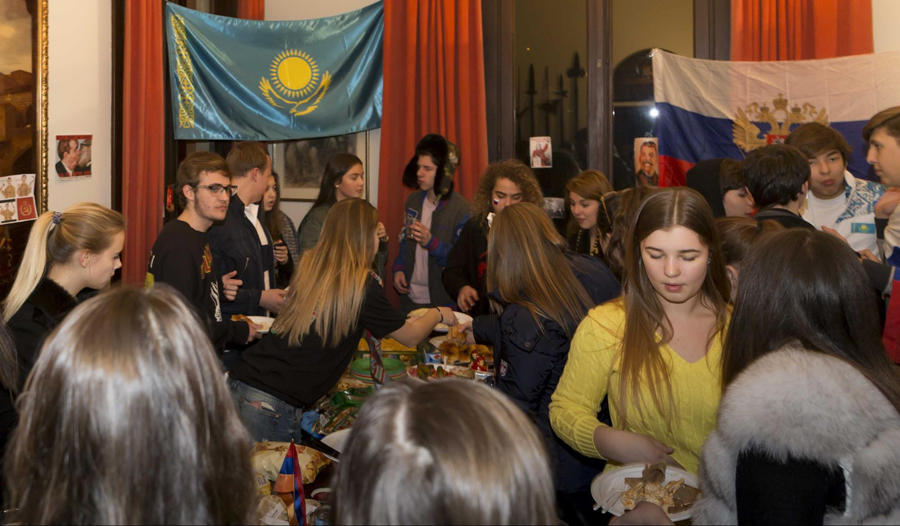 International Week at TASIS provides an immediate excuse to abandon your diet and workout routines, as it is time to indulge in an outburst of flavorful food from all over the world. I personally await this week all year, solely based on the food. I am one to eat everything from anywhere, and I rarely ever scoff at the specific color, type, and/or smell of the food. When Thursday evening finally arrived, I was amazed at the turnout of food at this year’s International Food Fair. Never before had I seen such a variety of offerings from the Denmark table; those cinnamon rolls were fantastic!

The morning of the long-awaited food fair, I had to prepare my stomach for the great mass of food I was about to consume later that evening, so naturally I had no choice but to sustain my hunger with the distraction of water. Thank God I did that, for if I hadn't, I would have barely gotten past the Brazilian table. Being a food critic requires some discipline in terms of planning the day based on when the job is and what is required. So for me, I had to withhold my hunger for the whole day until the evening of the fair. 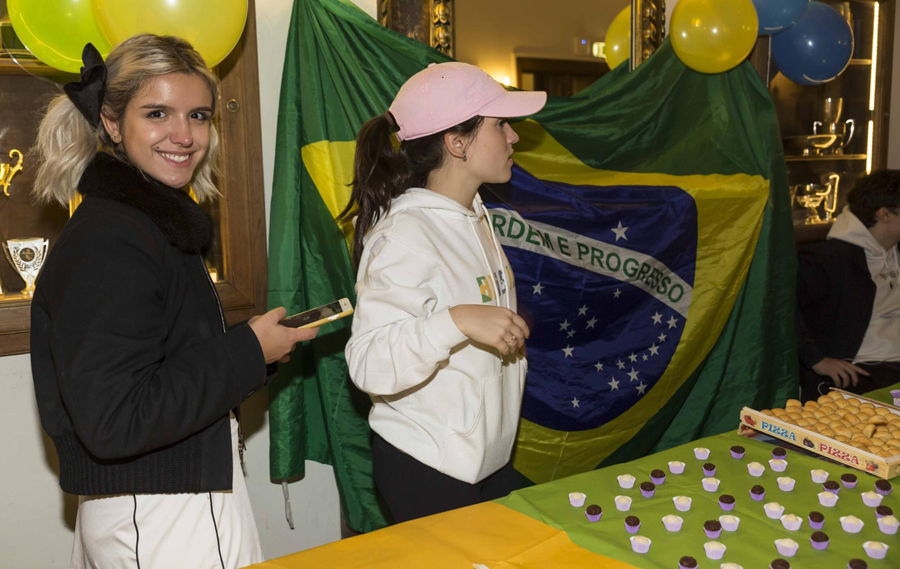 Once the food fair was initiated, I decided to jump onto the first country closest to the entrance and then later gravitate to the other side of the room so that I would not get confused if I had to miss a table. I started off in Brazil. Brazilian food, to be honest, was what I was most excited for, as it has lingered in my mind ever since I tried some of it during International Week last year. The brigadeiro and Pao de Queijo relieved my mind of its forceful craving. The chocolate softness exploded in my mouth, providing its sweet taste and gooey goodness.

After Brazil I stopped in Italy, where there was pasta, pizza, lasagna, tiramisu, and much more. I tried all of it. And of course it tasted amazing. Italian food can never go bad or taste bad. It will remain a classic and a favorite in everyone's household. I ate a little too much at the Italian table, and later I realized that it would become challenging to go on and continue consuming. 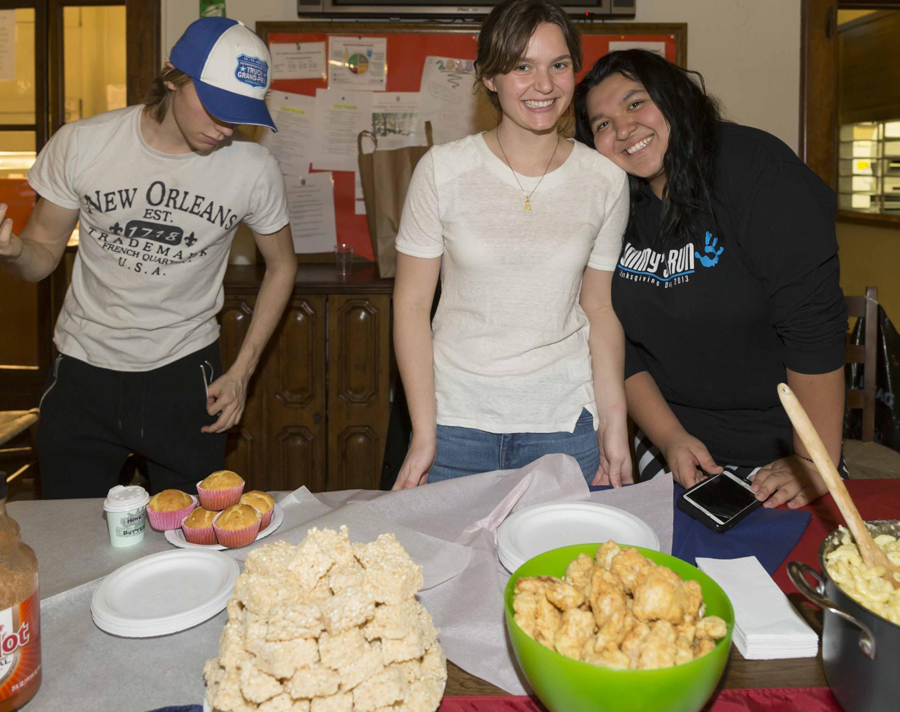 After Italy, I went to the United States. I was happy to go there since foods like mac and cheese, Rice Krispies treats, and fried chicken are not really offered in Lugano. Since I am American, I ate all the food that was offered on the table and the flavor made me feel at home. I have not had mac and cheese in almost three years, so it felt very comforting to taste the familiar flavor I used to have regularly. I then made a quick stop in Canada, where I tried some crepes that were offered with maple syrup, of which I am a huge fan. Both the United States and Canada did their countries justice because the food was remarkable and reminded me of home in a sense.

My next stop was Turkey. I am half Turkish, and Turkish food is my favorite ethnic food, so I already had in my mind what I wanted to eat at that table. I immediately eyed the lahamagine and took one onto my plate. I then took pide and a few turkish delights. I devoured my plate in an instant, and although I craved a second serving, I had to move on. I was not participating for leisure and had to remind myself that I was on the job and no matter how great the craving became, I had to push through and move onto a different country. 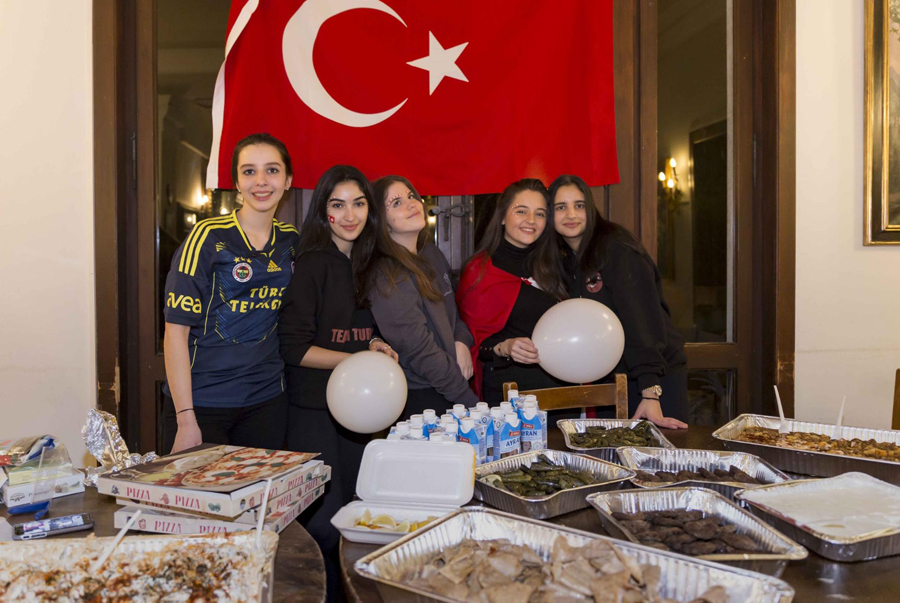 I stopped quickly in the section with Polish food, which I had never tried before, and asked what they were offering. There was Sledz, a traditional polish fish; Faworki, a fried dough with powdered sugar (ate a little too much of that); and Polish sausage called Kielbasa and Kabanosy. These foods were fantastic, and I loved the sweets too. I took some caramel candy home to try later, which was an incredible distraction during study hall.

After Poland, I levitated to the other side and went straight for the Japanese. Sushi will forever remain a favorite and will always be the food I can eat whenever. I took three sushi rolls and they were amazing. I had never tried homemade sushi before, and the taste is just as good as any other sushi I’ve tried. I won’t lie...I went back for more. 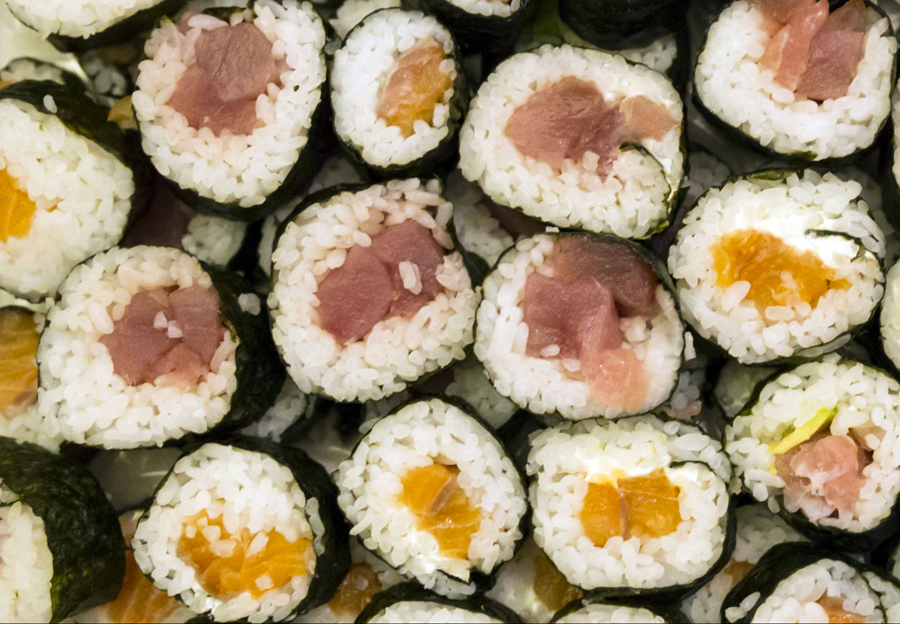 After the Japanese table, I reached the point of the night where there was no possible way I could eat anymore. I couldn't go to Russia nor Mexico. I had my fill, and if I ate anything else, I know I would have overdosed from the extreme concentration of food.

The whole food fair was a success. There was a huge variety of food, and all of it tasted delectable. Each table was distinctive, and the room truly represented internationalism. Everyone looks forward to this night for the entire week. Countries unite together and offer their traditions and home. Food comes from history and tradition, and the International Food Fair is a beautiful way for students to experience culture from the many countries represented at TASIS.