The Universal Language of Poetry
Oct 12 2018 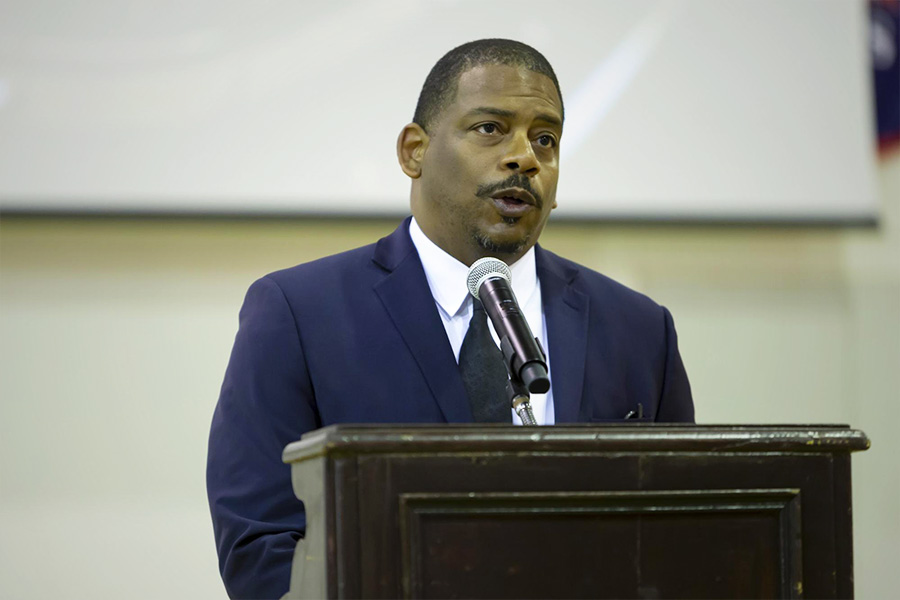 TASIS The American School in Switzerland was honored to welcome acclaimed poet A. Van Jordan, the Robert Hayden Collegiate Professor of Poetry at the University of Michigan, to campus from October 1–4. A Whiting Award winner in 2004, Pushcart Prize winner in 2006, and Guggenheim Fellowship recipient in 2007, Professor Jordan has published four volumes of poetry: Rise, winner of the PEN/Oakland Josephine Miles Award; M-A-C-N-O-L-I-A, named one of the Best Books of 2005 by The London Times; Quantum Lyrics; and The Cineaste.

TASIS’s 2018 Linda Buchanan Poet in Residence, Professor Jordan journeyed to Lugano to engage with students and encourage their creativity and appreciation for poetry. He addressed students in grades 10–12 at a special assembly on the morning of October 2—reading some of his favorite poems from M-A-C-N-O-L-I-A, The Cineaste, and Quantum Lyrics, the latter of which provided an opportunity to discuss the often overlooked fact that Albert Einstein was an early civil rights activist—and visited a number of English and Italian classes throughout the week. 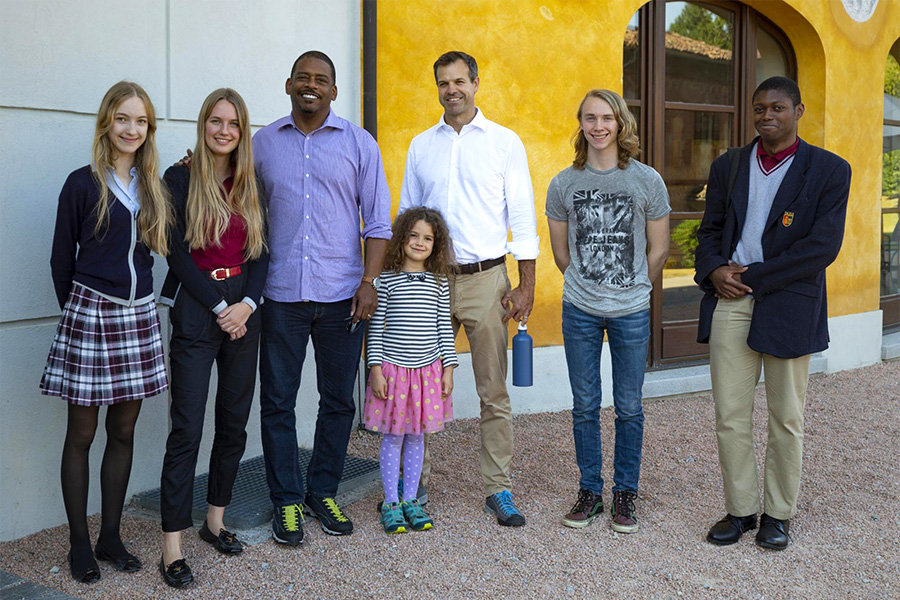 Professor Jordan and Dr. Love with students before a poetry hike

“I think Van’s visit to these classes—the IB classes, the Honors classes, the Italian Literature classes—was the most useful and inspiring session with a literary figure I’ve ever seen,” said Dr. Love, who met Professor Jordan while he was pursuing his doctorate at Michigan and has closely followed his rise as a poet. “His way of explaining poetry from the creative side and from the critical side really inspired a lot of the students to not only enter into that creative process themselves but also to understand more deeply what we do in literature classes.” 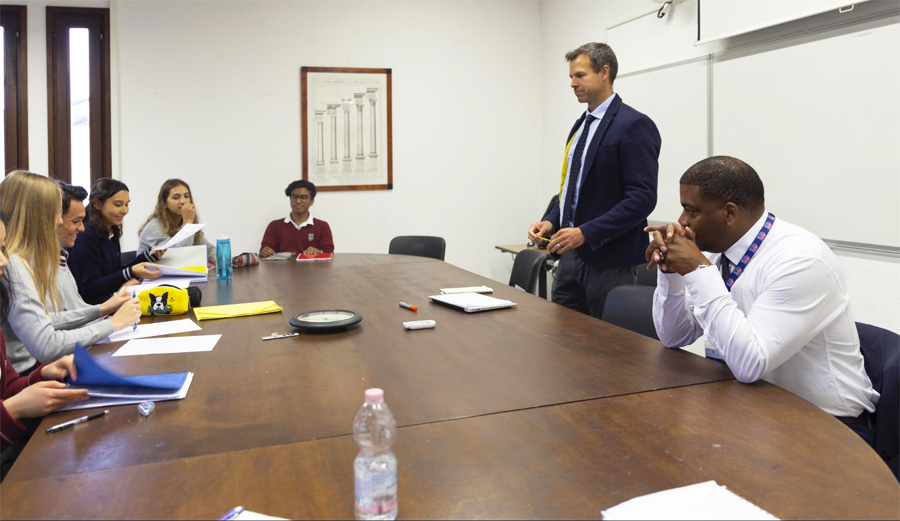 One highlight was Professor Jordan’s visit to Dr. Love’s IB Literature II class, in which he discussed his background—sharing that he grew up in a working-class community and was the first one in his family to attend college—his poetry, and his writing process with eight seniors who have chosen to take one of the School’s most challenging English Literature courses. In preparation for the IB English A: Literature exam, this course places a special emphasis on close textual analysis, and Dr. Love asked his students to engage with several of Professor Jordan’s poems in this way prior to his visit. They were then able to ask Professor Jordan a number of sophisticated questions about his work—Student Body President Aurelia Dochnal ’19, for example, asked what his motivations were in choosing to write about another art form (film) in The Cineaste—and his writing process: he responded to an Alex Secilimis ’19 question by pointing out that his process starts with curiosity (a burning obsession to know more about something) and moves to a lengthy rumination stage (thinking deeply about the subject while he is going for a run, listening to music, watching a movie, walking around a museum, etc.) before he ever sits down to write.

Discussing the writing process on the poetry hike

As Dr. Love noted, this was a unique opportunity for students to meet “an actual poet,” something no one in his classes had done before. The significance of this was not lost on his students.

“As both an IB student and lover of literature, meeting Professor Jordan was a powerful, fascinating experience,” said Dochnal. “Speaking with him about his art, creative process, and interests not only taught me how to think like an artist (a key skill in my IB Literature class) but also inspired me to further my dreams of working in a scholarly field (Oriental studies). The depth and breadth of his knowledge of literature, film, and other art forms astounded me and my entire class.”

Lauren Riba ’19, who met Professor Jordan in Ms. Rosenberger’s AP Literature and Composition class and also had the opportunity to get to know him better at the Grotto Flora dinner, was affected by the poet’s journey—he confided that when he was growing up, sitting in a chair and reading a book wasn’t considered “working,” so it took him a long time to give himself permission to act like a writer—and his belief that he’d “rather have a poem be felt than understood.” 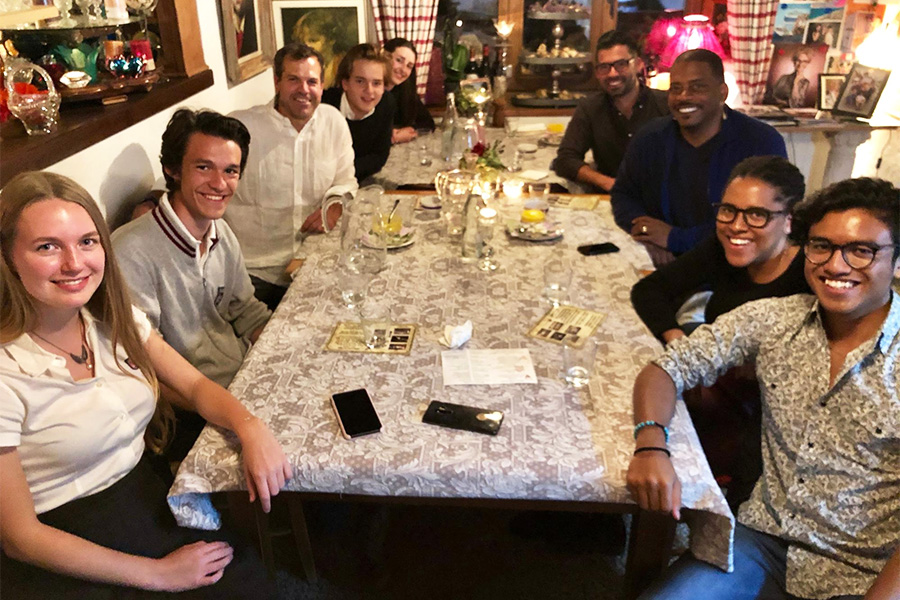 Professor Jordan said that the question he hears most from students is, “As a young writer, what should I be doing?” While the easy answer is to read widely, he was careful to point out that quality is more important than volume. It’s most important to read with an active and annotative mind—to think about particular things through a certain lens, such as how a particular author handles time. Students ought to read fewer works but know them more deeply, and they would be wise to heed Vladimir Nabokov’s advice: “Curiously enough, one cannot read a book; one can only reread it. A good reader, a major reader, an active and creative reader is a rereader.”

For his part, Professor Jordan was amazed by TASIS students, who he described as welcoming, open-minded, and empathetic.

“It’s been incredibly lovely for me to be here,” he said. “Folks have been welcoming and open to all the different conversations I’ve had around literature and my approaches to the craft of poetry. Irrespective of what country the students are from, poetry seems to be a universal language, and we’ve been able to converse on that level. Beyond that, it’s been wonderful to see the ways in which they interact with one another. It’s clear that TASIS creates an environment that engenders empathy across cultures, and I wish we had more of that in the world.” 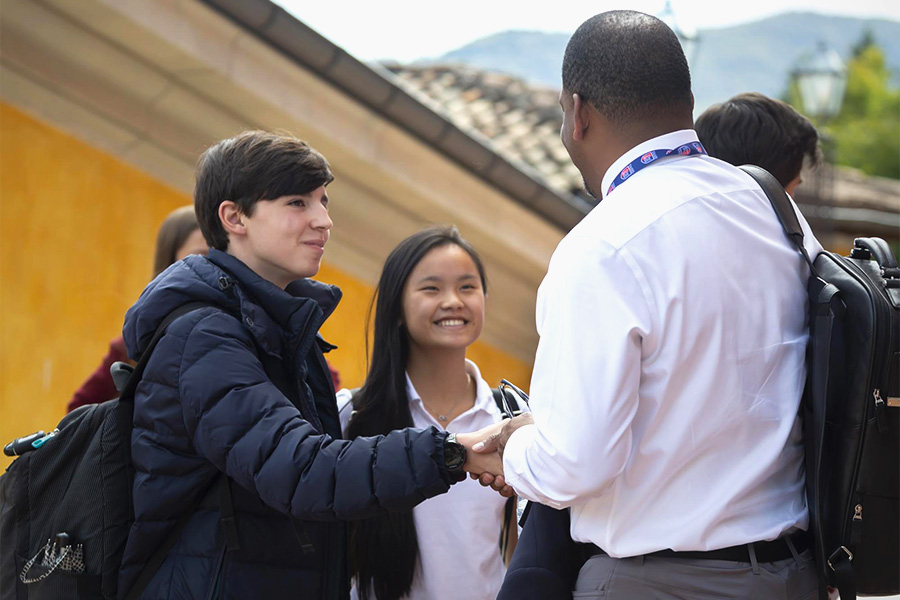 The Linda Buchanan Jacob Memorial Fund was established in 2015 by the family of Linda Buchanan Jacob ’66, who fell in love with poetry while at TASIS during her sophomore and senior years. After Linda’s passing in September 2014, her family (including her sister and fellow TASIS alumna Nancy Buchanan McLoughlin ’64) made a generous gift of $100,000 to establish the fund, which aims to inspire TASIS students to share Linda’s passion for poetry by providing support for a biennial poet-in-residence program.

Distinguished poet Aimee Nezhukumatathil, who has published numerous award-winning books of poetry and is currently a professor of English in the University of Mississippi’s MFA program, was the inaugural Linda Buchanan Poet in Residence in the fall of 2016. Professor Nezhukumatathil engaged with students in English classes—even discovering upon her visit to Dr. Love’s World Literature class that one of her poems had been translated by students into nine languages!—and delivered a special evening reading in the Palmer Center. 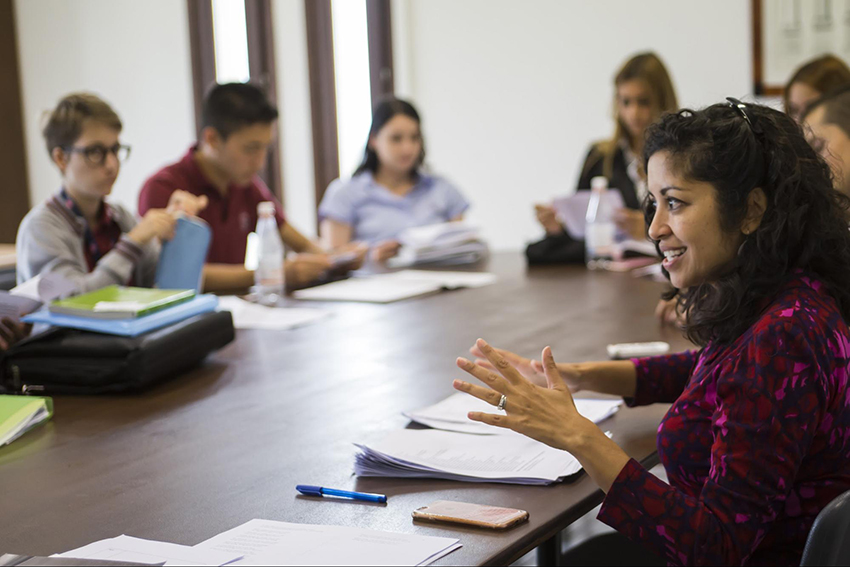