Bryan Soh graduated from TASIS in May of 2018 and just returned to his native Singapore to begin two years of compulsory National Service, which he must complete before he can begin his post-secondary studies. In the following essay, he says farewell to the country and community that have had such a profound impact on his life over the past four and a half years.

For the first 14 years of my life, my birthplace of Singapore was the only home I knew and the only home I thought I would ever know. Our apartment overlooked a large reservoir, with a park circumvolving its perimeter. At the opposite end of the park was a small bistro serving hamburgers—and what I thought, at the time, were delicious pizzas—and my family and I would occasionally have dinner there, smacking our lips while admiring what I thought were the most beautiful sunsets ever. It was also where I had my first taste of alcohol, having somehow tasted an Elderflower & Lime cider that my dad was drinking. (Rest assured that my mum gave me a drop of it, diluted in about 20 times as much water so that I could barely taste the cider anymore.) 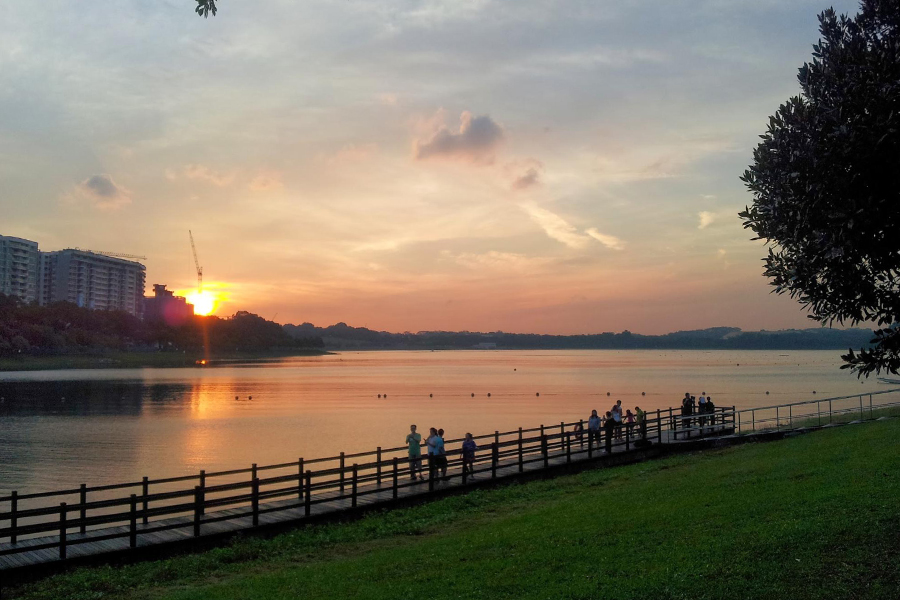 Sunset view at the park

One evening some nine years ago, after a hefty meal, we took a stroll around the park and chanced upon four large, imposing concrete wall sections with bright graffiti emblazoned all over them. They were part of the Berlin Wall that divided Germany into East and West until 1990. Admiring the eccentric yet captivating pieces of graffiti, I thought to myself, “This is the closest to Europe that I will ever get.” 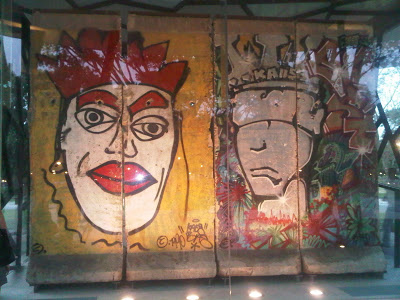 A piece of Germany in Singapore: The mural I saw that day

Three years later, we went on a winter vacation touring Switzerland with my grandparents. Though I later came to realize that this was actually a vacation that was meant to be a tour of the country that we were potentially moving to, at the time it just appeared to be our very first trip to the coveted land of Europe. In a span of no more than 10 days, we rushed through the Swiss cities of Zurich, Lucerne, Interlaken, Geneva, Bern, and several others. Though I barely got enough sleep on that ambitious tour, it also felt like I never woke up from this ethereal dream that was Switzerland. Strolling through old towns with fairytale Swiss-German architecture towering over me, fluffy snowflakes landing ever so gently on my face together with the chilly winter air, was an indescribable experience after having lived in a hot and humid tropical country my whole life. This was a winter wonderland. 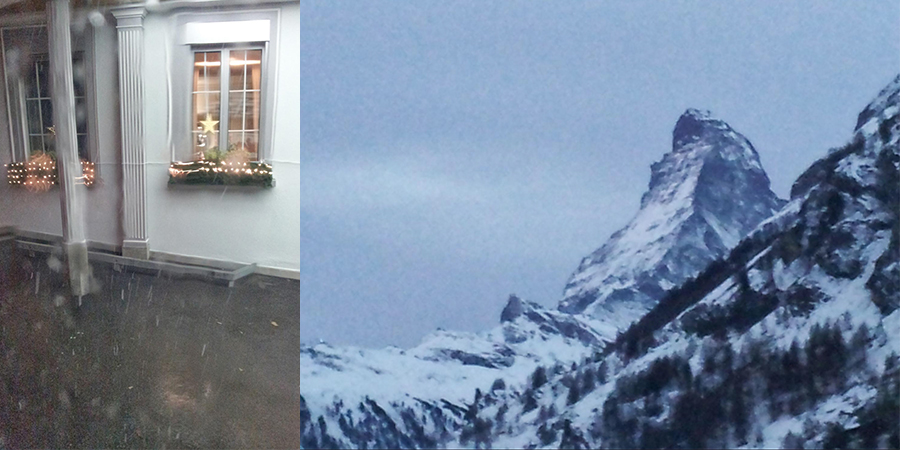 The First Snow: Snowfall outside our hotel in St. Gallen and the world-famous Matterhorn in Zermatt

I was reluctant to leave at the end, but it was rather easy to accept that it was only a vacation, and it was back to reality again as I prepared to start my second year of secondary school. Nevertheless, the European dream always lingered in the back of my head after that unforgettable trip to Switzerland. How lovely it would be to live in such a country!

It was as if God heard this thought resounding in my head and chose to fulfill it. Because this dream became reality in December of 2014, just when I had finished 8th grade. We were moving to Switzerland. More specifically, Lugano.

Skipping the whole emotional episode that lasted a good six months after moving away from home (which I documented in a previous essay), I started to settle into life at TASIS, and that’s when the whole experience started to blossom. As I started making friends of different nationalities, tongues, ethnicities, heights, weights, and whatnot, I began to thrive in the stimulating melting pot of cultures that is TASIS. Never had I indulged in daily conversations this rich between friends, as we learned something new from one another each and every day. These relationships only continued to deepen as each year went by, and before I knew it, graduation put an abrupt end to a TASIS career that I felt had only begun. Throughout these extraordinary three-and-a-half years at TASIS, however cliché it is, my life and vision of it changed.

Yes, academics were challenging and yes, I had very thought-provoking classes and an extremely stimulating social setting. But what I would like to thank TASIS the most for is how it opened up myriads of opportunities through its ideal setting in the heart of Europe. Looking back at my high school career, I can clearly identify where my insatiable appetite for travel had begun: Ski Week.

Having been plopped right smack in the middle of the 2014–2015 academic year, my very first TASIS experience was, in fact, not a class, but Ski Week. Though I was mostly still a fish out of water at that point, a seed had been planted in me that very week when I first took to the slopes of the Alps.

Started From the Bottom: My first snowboarding lessons at Crans-Montana

This newfound love for snowboarding has since brought me to countless slopes in Italy and Austria, not to mention all over Switzerland. From the winter tourism Mecca of St. Moritz to the iconic Arlberg region in Austria, I never got off this addiction as I begged weekend after weekend to drag my family to yet another ski resort. 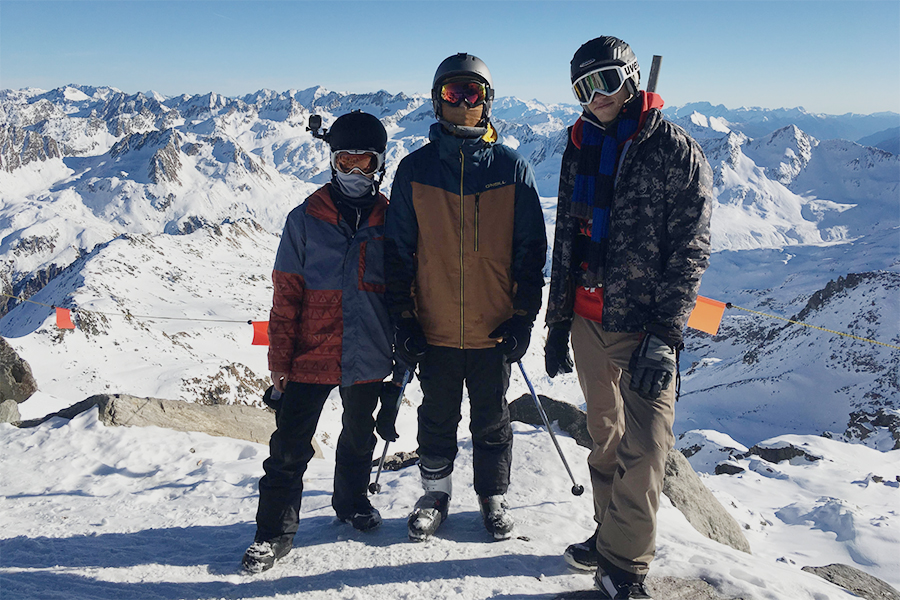 Weekend Shenanigans: A ski trip to Andermatt with my friends

Same Old, Same Old: Another ski trip to Livigno, Italy  |  The White Ring: The stunning view in the Arlberg region

TASIS’s very own Academic Travel trips have also taken me to cities I never thought I would see with my own eyes. Florence with Dr. Love, The Hague and Amsterdam for the Model United Nations (MUN) program, the coastal town of Trapani in Sicily for Italian class, Phnom Penh and Siem Reap in Cambodia for service learning, Venice for Visual Arts, Athens for Ancient & Medieval History class, and, last but certainly not least, Siena for IB mock examinations… 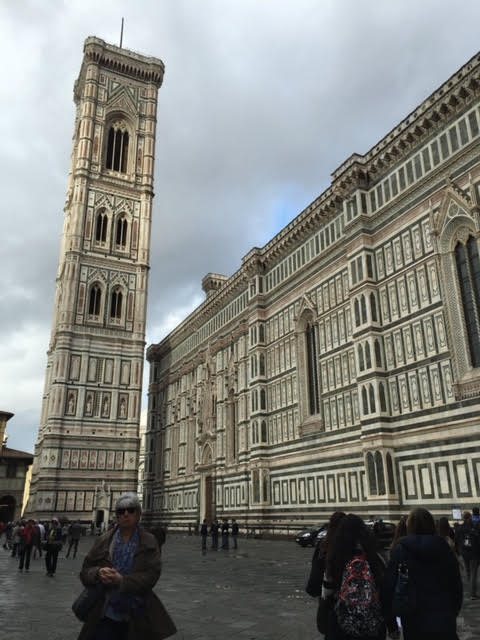 The Renaissance City: Giotto's Bell Tower by the famous Duomo in Florence 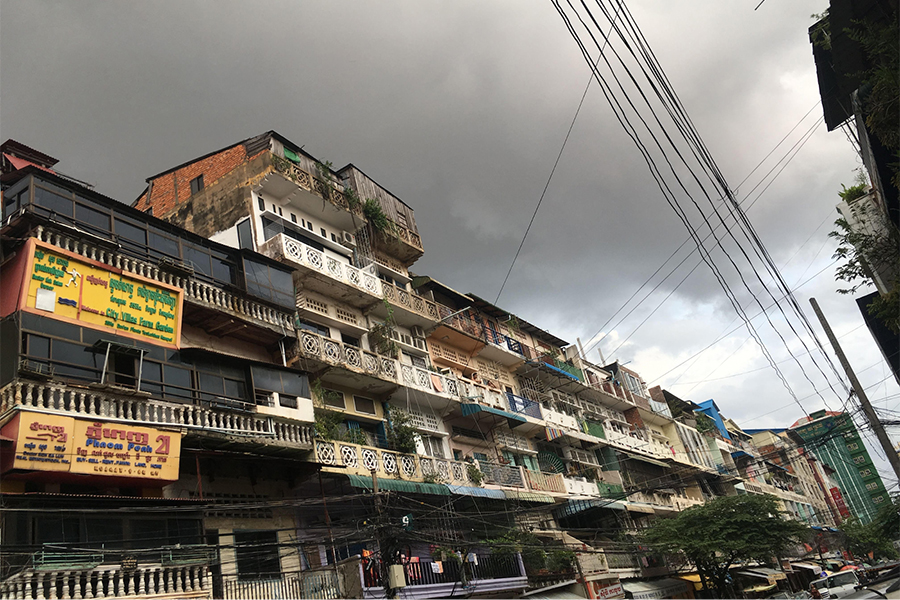 Back in Asia, But Not Back Home: The service trip to Phnom Penh and Siem Reap in Cambodia 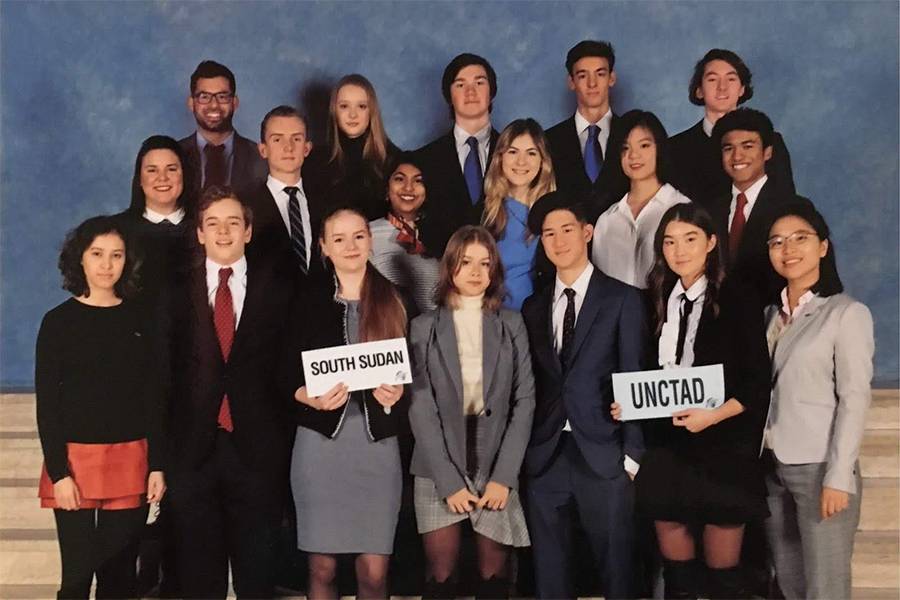 Diplomats for a Week: The memorable trip to The Hague for the THIMUN conference

Moreover, the opportunity to study at TASIS has given my family and me the chance to travel to places in Europe that we had only dreamed off—France, Italy, Russia, Austria, Sweden, England, and Scotland, just to name a few. It is fair to say that if it were not for the opportunity to live in this part of the world, I would not have gotten to experience and be blessed with sights and sounds that so many others yearn for. 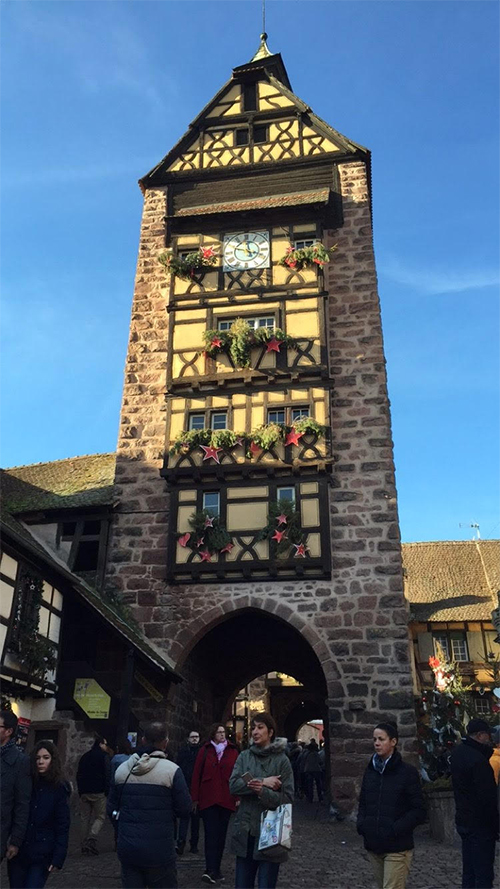 The Ever-Changing Landscape across Europe: The French village of Riquewihr 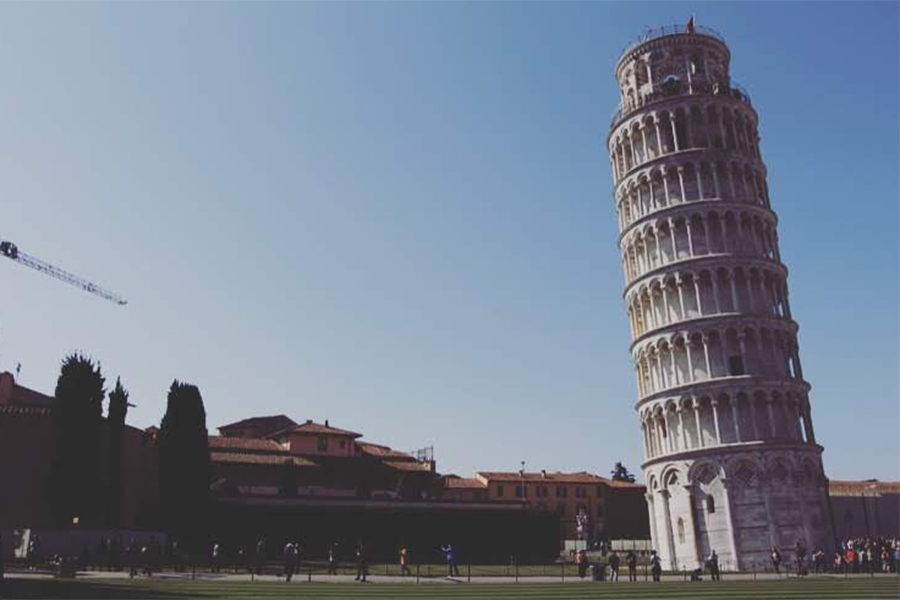 Up Close and Personal: The Leaning Tower of Pisa 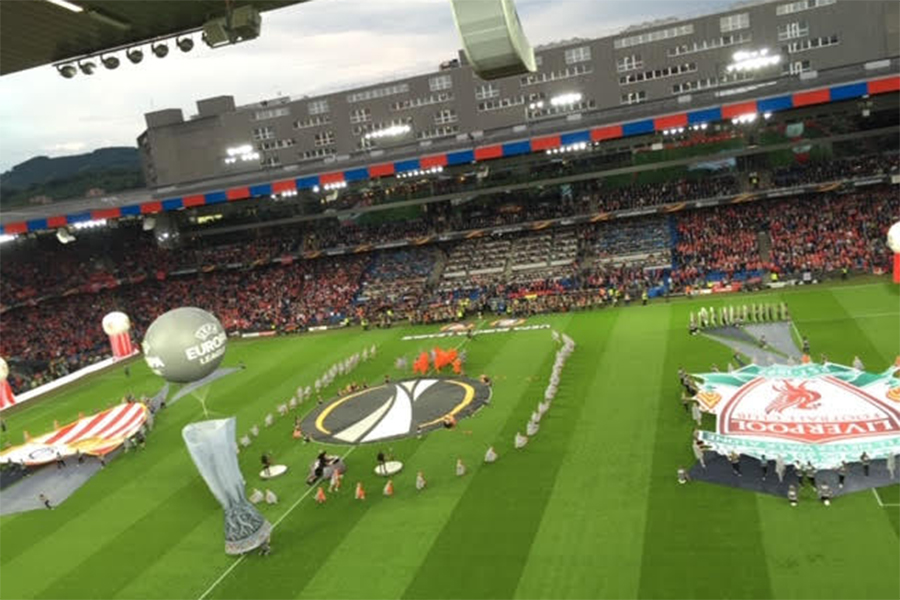 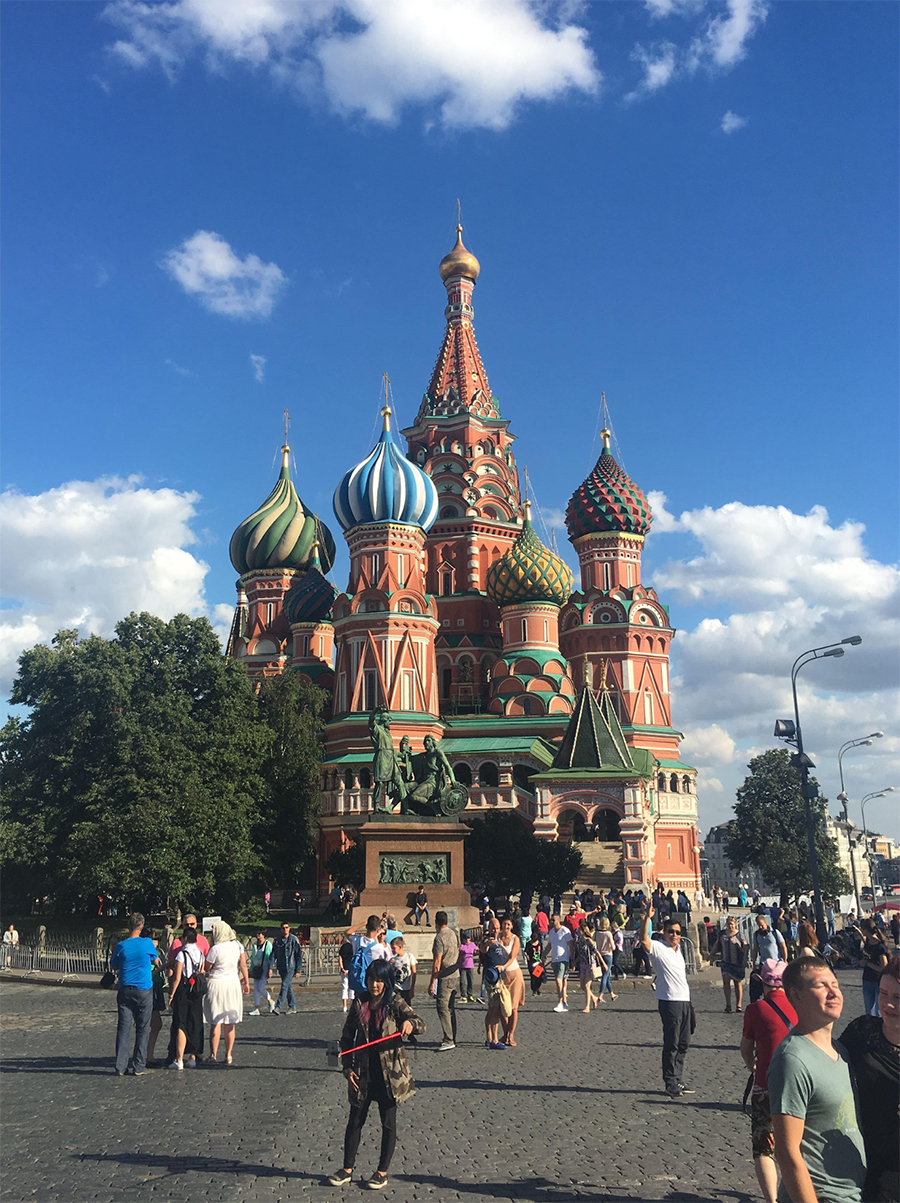 From Books to Reality: St. Peter's Basilica in Moscow, an ethereal building I had only seen in childhood shows 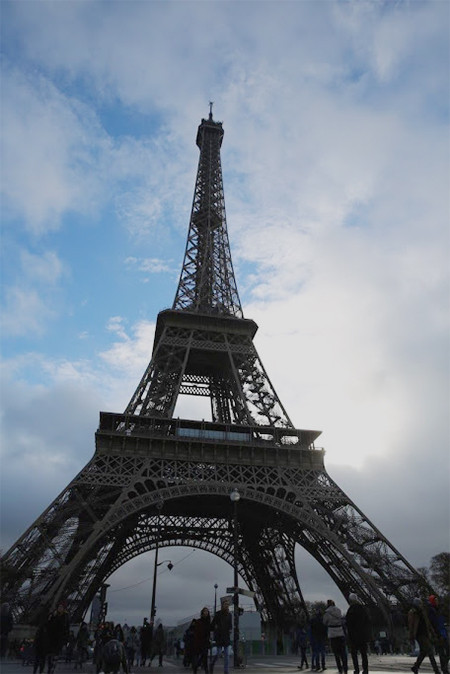 It is these non-academic experiences that I credit for the change in my outlook. Though hard to articulate in words, these tangible and physical immersions in cross-cultural experiences completely revolutionize the way one sees the world and himself or herself. As a teenager, this only made me mature by leaps and bounds. Having said that, by no means does it imply that I was left lacking academically. 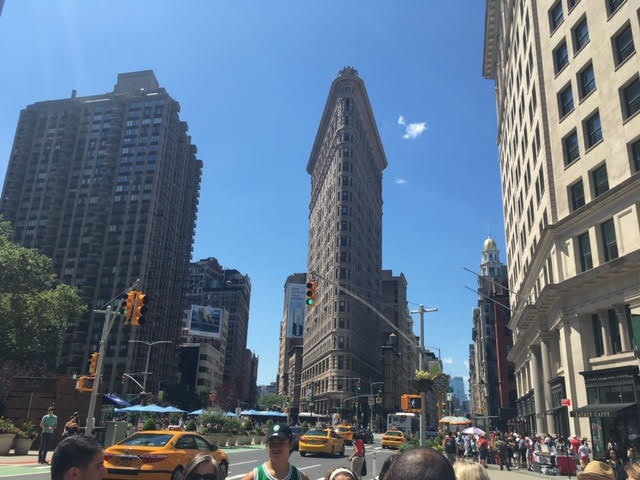 First Bite of the Big Apple: The offer to study in the States led to my first-ever trip to the US for college visits

Admittedly, my future ahead is still rather foggy. My decision to enroll at UCLA is still not 100% confirmed as I consider the other education options the US can offer. My future location of work is also uncertain as I contemplate the prospect of working and eventually living in the States, or abroad for that matter. How about my family? My friends? My safety? My interests? Of course. With this big opportunity also comes many questions that have to be addressed, but that said, I am fully confident that going to the States is the right path to choose and that I am well-equipped to handle whatever uncertainties lie ahead. As I go through this phase of immense transition, from Switzerland to Singapore to the US in a span of three years—as well as from teenager to young adult—there is no doubt that a tsunami of responsibilities and change is headed my way. But I know my years at TASIS will serve me well as I navigate this next period of my life. I am confident in surfing this wave and not letting it become a natural disaster.


TASIS has offered me not only academic edification but, more importantly, a life experience that will withstand the test of time. In hindsight, I am extremely glad that I did not persist in begging to go back to Singapore, to my comfort zone, where all my family, friends, and favorite foods were. Instead, I will be eternally grateful to have been able to meet all these people, experience all these wonders Europe has to offer, and indulge in a myriad of flavors other than those at home. As a school, TASIS has outdone itself in my eyes. Beyond providing the fundamental bases of a challenging academic curriculum, I feel like TASIS is more or less the epitome of holistic education. What sets TASIS apart is how it acts as the crucial gateway to the surrounding life experiences all over the world and in its vicinity—that is, Europe—that undoubtedly edify each and every student’s life, consciously and subconsciously. In my level-headed opinion, the TASIS experience lies beyond the books, in the inculcation of an appetite for the “more” in life. More people, more knowledge, more cultures…TASIS has shown me that there will always be more. 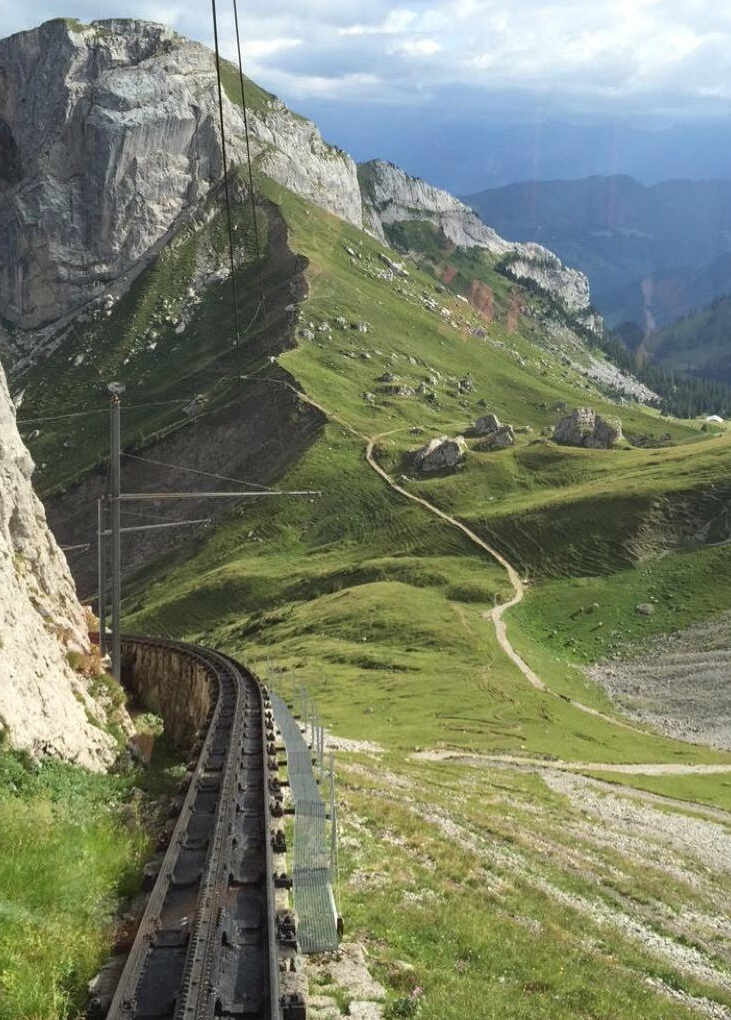 Up and Up: The funicular leading to the top of Mount Pilatus in Lucerne

And, of course, it is impossible to discuss TASIS without mentioning its home city of Lugano, aptly dubbed the “Monte Carlo of Switzerland.” It is in this city where I have experienced the most stunning sunsets, over the Swiss Alps instead of a reservoir, and, undoubtedly, the best pizzas to have ever graced my tastebuds. To this day, one specific instance floats to the surface of my mind when I think about the city I’ve come to love. On a weekend family trip to Mount Pilatus in the Lucerne region, we met a Swiss local who happened to strike up a conversation with us. Upon hearing that we were residing in Lugano, he exclaimed with surprise, “Lugano?! Wow! The most beautiful place in Switzerland!” 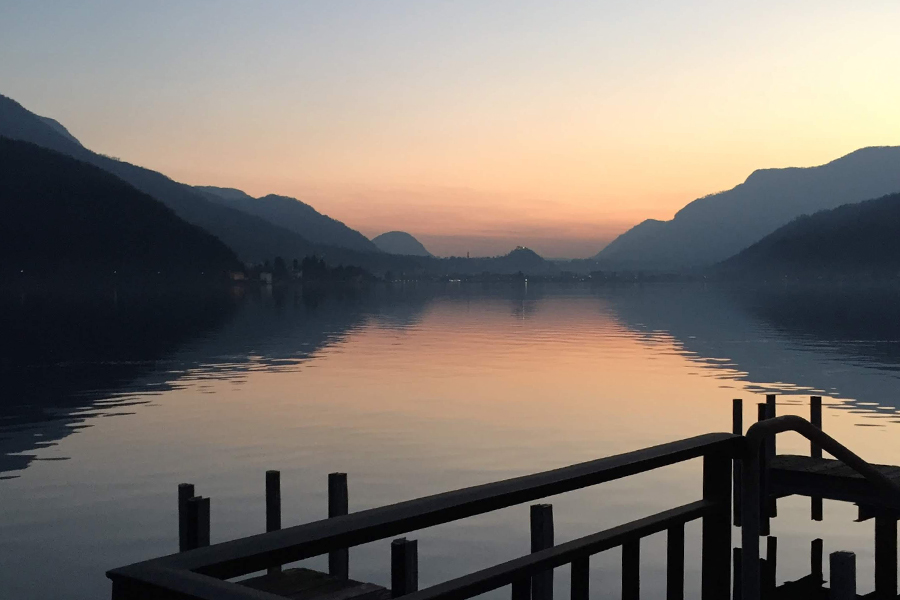 Picturesque: Sunset at Morcote, a village by Lake Lugano 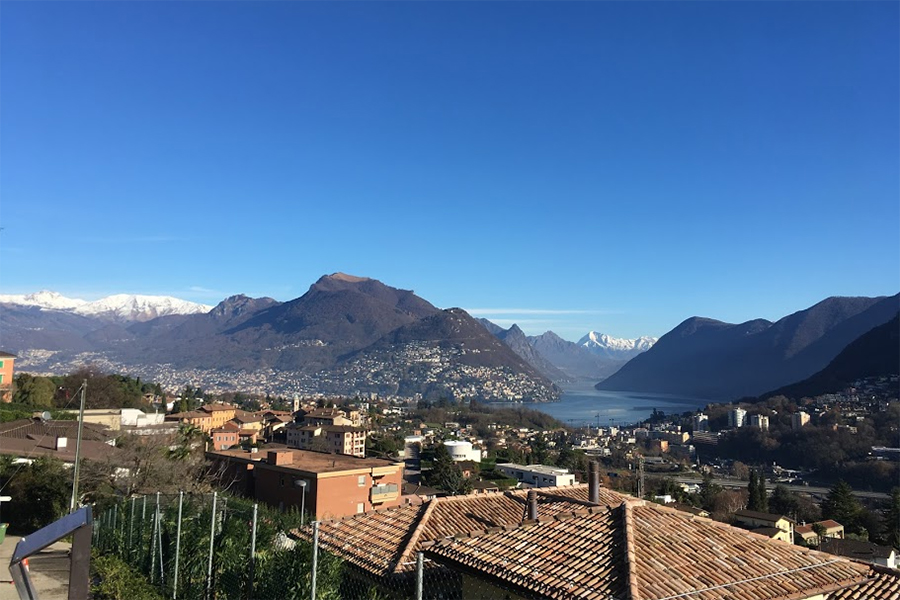 Four and a half years later, I can confidently second that statement with no qualms. It is more than safe to say that my second home’s beauty is second to none. But it is not only Lugano’s everlasting beauty that will draw me back here in the future—so too will the beautiful memories I made at TASIS and all over Switzerland during my teenage years. From me to TASIS and Switzerland, this will definitely not be a “goodbye” but an “alla prossima." 1