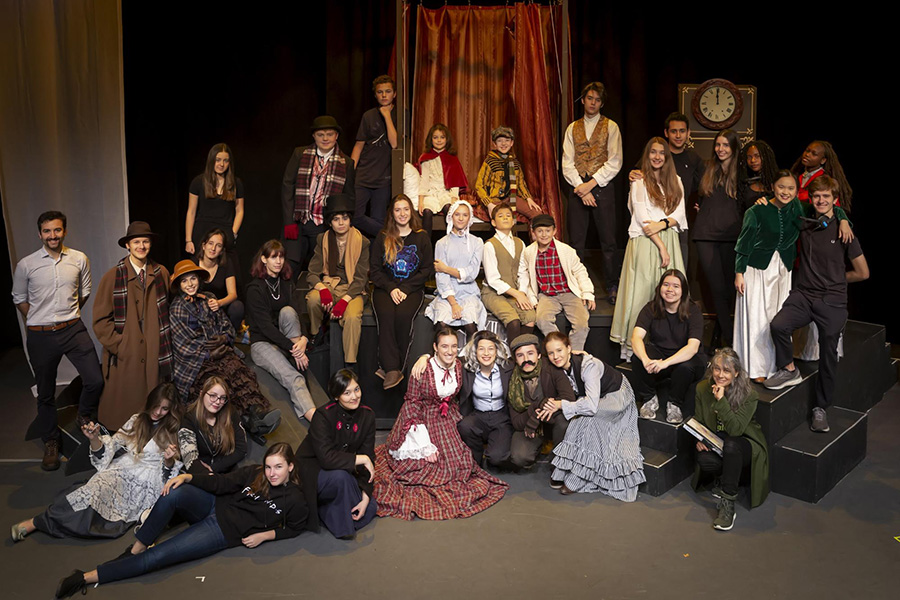 The performances on Saturday evening and Sunday afternoon were filmed and can be viewed in their entirety below.

Read this article to learn about the background of this year’s High School Fall Play, and continue reading below to learn more about the many students and faculty members who worked so hard to share this timeless tale of compassion and empathy with the TASIS community. 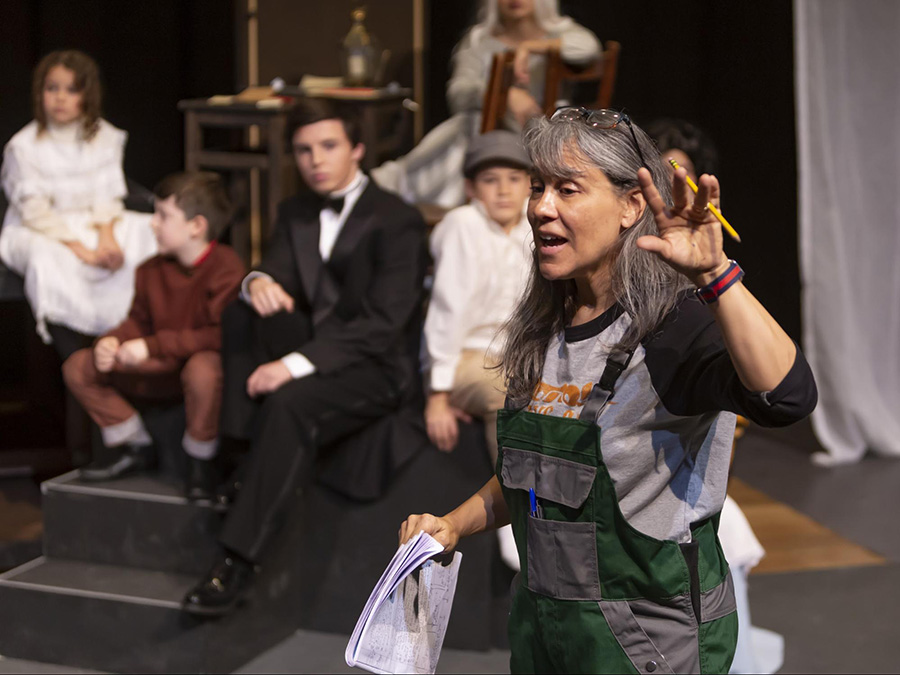 Why has Charles Dickens’s tale, conceived and written in six week’s time, continued to enchant and move readers and audiences for 176 years? Perhaps because it is so humanely an examination of the human condition, written in a supremely engaging style with colorful yet recognizable characters, a memorable storyline, a poignant message about our duty to each other, and a narrator who wears both his heart and his humor on his sleeve. For Dickens, A Christmas Carol was a way to get middle- and upper-class audiences to sympathize (or better yet, empathize) with the plight of the poor in hopes of effecting change in his society. As he has one character, the ghost of Jacob Marley, state:

The novella was an instant bestseller—selling out its run of six thousand copies by Christmas eve— and it has never been out of print in the 176 years since. 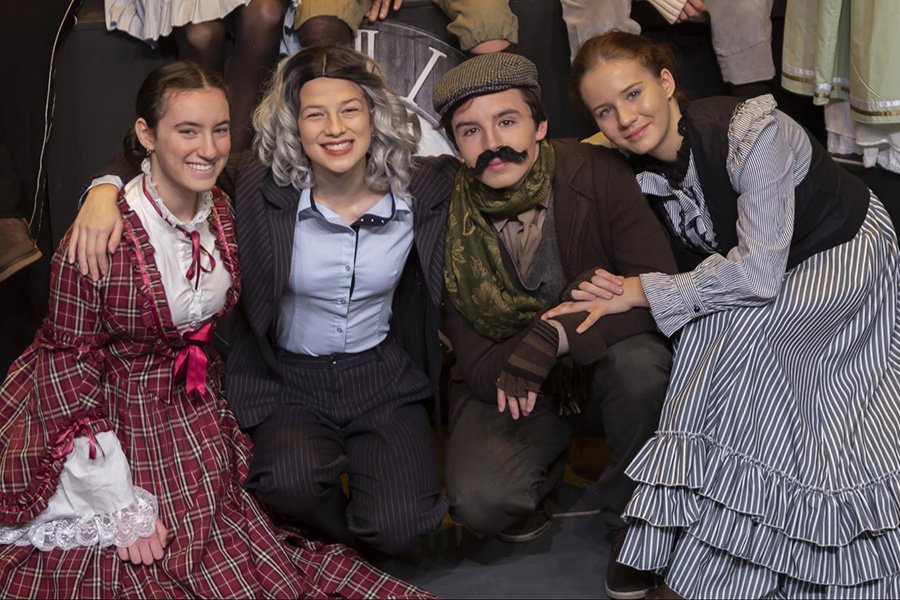 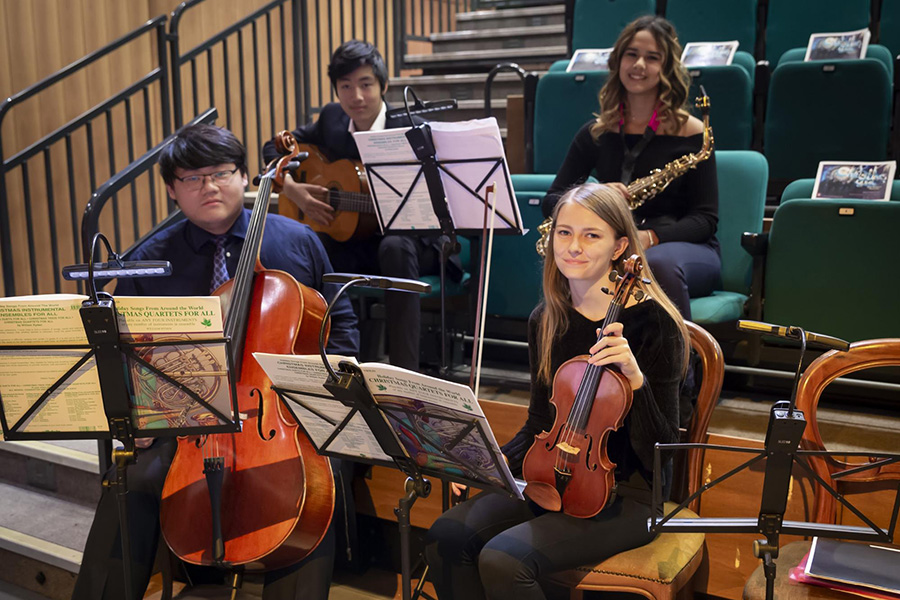 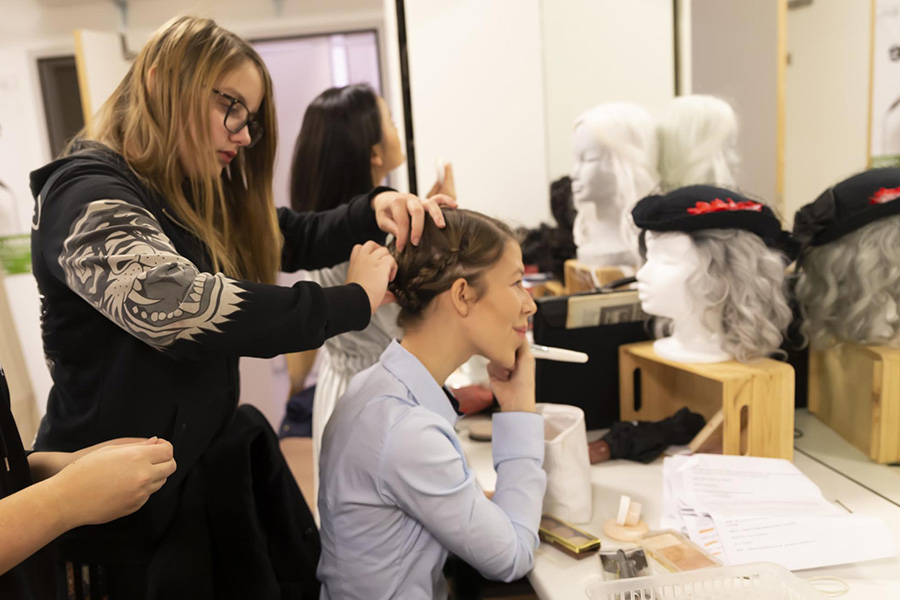 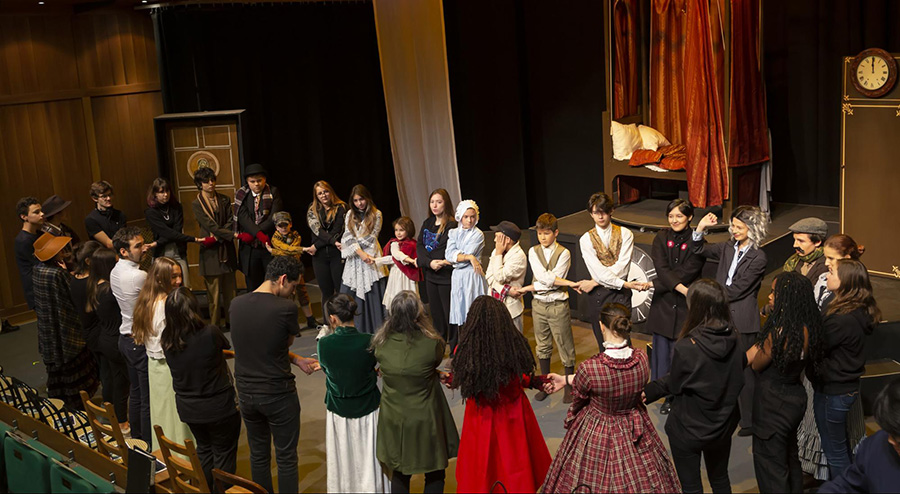 Underclass members of A Christmas Carol’s cast and crew represent the classes of 2021, ’22, ’23, ’25, ’26, ’27, ’28, and ’29. They hail from Australia, Brazil, Croatia, England, France, Italy, Kazakhstan, Latvia, Lebanon, Mexico. the Netherlands, Russia, Scotland, Spain, Switzerland, Tanzania, Turkey, Ukraine, and the USA. In advance of the performance, the company recognized the veterans in the cast with the following senior biographies:

Anna Collingwood, USA (Ghost of Christmas Past/Rose/Sound & Set Design), is excited to watch this production of A Christmas Carol come to life! Previous performances with TASIS Theater include A Midsummer Night’s Dream, Annie Get Your Gun, Antigone/CAESAR, and The Pirates of Penzance. She would like to thank her fellow cast and crew, Ms. Carlson, and Mr. Frazier-Smith for bringing this performance to life. But most importantly, Anna would like to thank her parents for supporting her and watching all her productions. To Miguel, Trinity, and Laura, she would like to say, “Break a leg...and let’s make this senior year amazing and unforgettable!”

Miguel Fernandez, Mexico (Lighting Design & Light Board Operator), is pleased to be in the booth and light up the stage with a great variety of different looks for the performance. His previous TASIS Theater experiences include acting in MCF: What A Life! and A Midsummer Night’s Dream. Since Miguel has experienced being on stage and in the spotlight, he wanted to switch things up his senior year and help create the atmosphere and the magic for the show from behind the scenes. He would like to thank Anna, Laura, and Trinity for dealing with his nonsense and helping him when he needed it most.

Iris Kaymak, Turkey (Set Design & Running Crew), is excited to be back designing and running sets. Her ultimate objective was to create a somber feel in correlation with the storyline of the play. She particularly enjoyed designing and collaborating, but most importantly playing with the electric screw gun and “chop saw” (AKA radial arm saw), as it was a new and enjoyable experience. She would like to thank everyone who was with her during her three-year journey in TASIS Theater.

Laura Kockara, Turkey/Latvia (Ghost of Christmas Present/ Charwoman), is very happy to be a part of her seventh TASIS production. She enjoys the characters she plays, especially her costumes, and thinks her cockney accent is questionable. She is very glad to have her last fall performance with her ultimate best friends of four years: Trinity, Miguel, and Anna. She also would like to thank Ms. Carlson for the amazing opportunity to perform in this play and in previous productions.

Trinity Mack, USA (Sound & Set Design / Sound Board Operator), is exhilarated that she is taking on the Sound Board Operator role again this year...but sad that this is her last theater production at TASIS. TASIS Theater was what started her journey behind the scenes as a techie and taught her how to work a soundboard. She is also happy that she was a part of past productions such as Annie Get Your Gun and Antigone/CAESAR and will not forget her time in the booth during those performances.

Hanna Osgood, France/CH/USA (Make-up & Hair Design), is grateful to be working with an amazing cast and crew and is extremely excited for the performances. She previously created make-up for last year’s Antigone/CAESAR and The Pirates of Penzance and also acted in a number of TASIS Theater productions (such as Love’s Labour’s Lost) before becoming a part of the crew. Hanna will study Political Science in Boston and hopefully continuing to do SFX and stage make-up.

Zawadiyah Tolliver, Tanzania/ USA (Stage Manager), is stage managing her third consecutive show at TASIS, having also been on headset in the booth for last year’s antigone/CAESAR and The Pirates of Penzance. The experience of the past year and three months has been surreal for her. Where did the time go? Theater has become her second home, and a little piece of the theater will forever be with her. Because she cherishes these memories, she wishes everyone could have theater experience. Exit line: “Guess this bio serves as my curtain call.” 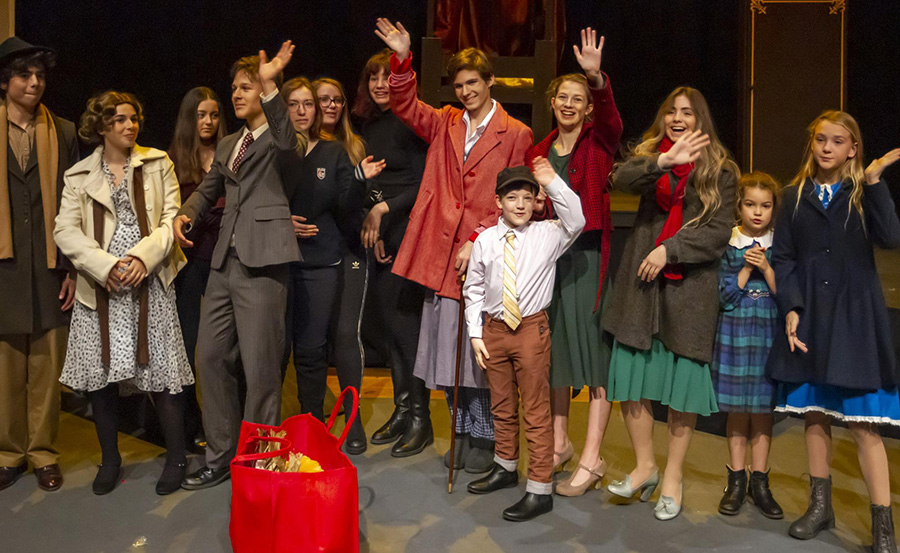 Ms. Carlson and the company would like to offer special thanks to the following people: