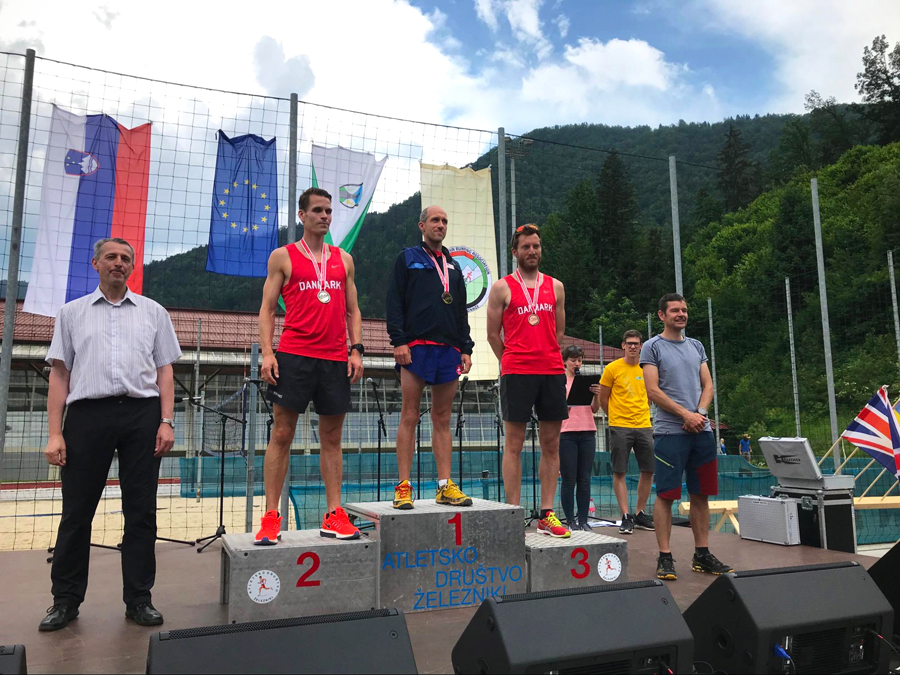 Congratulations are in order for TASIS High School Math teacher, dorm parent, and cross country coach Tommy Manning, who finished in first place in the age 40–44 group at the World Masters Mountain Running Championships in Zelezniki, Slovenia, on June 2.

This year’s race was the 18th installment of a world championship mountain running event dedicated to masters athletes aged 35–79. Athletes race with, and score within, their five-year age division, and because the event is hosted in a different location each year, the courses are never quite the same. The distance always ranges from seven to 11 kilometers, but while some years the race is run on an up-and-down two-lap course with a great deal of technical terrain, other years the route is primarily uphill, as was the case this year in Slovenia.

Manning, who completed the challenging 10.8km/+1184m race in 1:03:36, described the Slovenia course as “tough but runnable and with lots of different terrain: parts of grass, dirt, and rocks.” He noted that the last two kilometers were particularly imposing—extremely steep and more conducive to power-hiking than running. 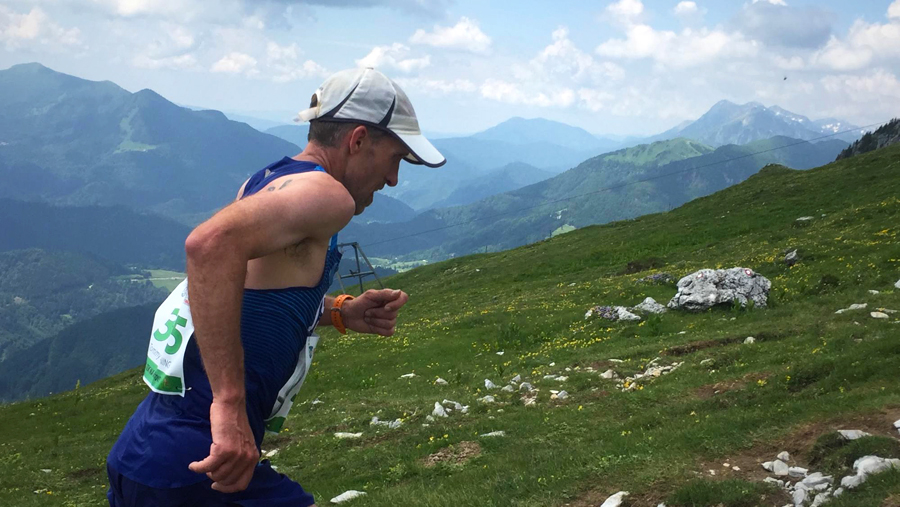 The masters competition is becoming fiercer each year, and the Slovenia race continued a trend of older runners outperforming their younger counterparts. “Age 50 had the fastest time of the day,” said Manning. “Age 45 was second, and my time beat age 35—so the youngest guys were not the fastest! I’m sure masters competition will ebb and flow, but it seems like it's on an up right now.”

Manning, who was a three-time All-Conference/All-Regional cross country runner and an Academic All-American at the University of the South in Tennessee, encourages anyone interested in running to consider giving mountain races a try. “My advice for others thinking about the [World Masters Mountain Running Championships] is...go for it,” he said. “At this level and at our age, it’s not really about being competitive anyway. It’s more about camaraderie and friendships."

While Manning is certain he’ll compete in more World Masters Mountain Running Championships, he has yet to commit to next year’s race in Italy. “I heard next year’s course is up-and-down, so I'm not committing right now,” he said. “I don’t like the downhill as much and would rather run uphill. But I will race masters again, whether it's next year, 2020, or beyond.”

Manning is far from the only serious runner at TASIS, where it feels like every other faculty member has run a marathon. Most recently, four members of the TASIS community competed in the extremely demanding Scenic Trail races in Tesserete, Switzerland, on June 9.

Ultramarathon runner and new Opsahl Global Service Program Director Danny Schiff finished in 18th place out of 356 runners in the brutal 113km/+7400m ultra, which is described on the Scenic Trail website in the following manner: “The queen race of Scenic Trail is an epic journey on the most beautiful mountains in the region. The view stretches from Lake Maggiore to the Apennines, from the Alps to the Po Valley. Each step takes you deeper in a land made of many facets that you will instantly love. The lucky ones will enjoy the sunrise on the top of Gradiccioli and the sunset on Monte Boglia. Honor and glory to those who will complete this journey!”

Schiff, who documented his journey on YouTube, completed this beast of a course in 20 hours, two minutes, and one second. More than 150 competitors failed to finish the race.

Elementary and Middle School Theater Director Matthew Frazier-Smith, who only became serious about running within the last year and has yet to attempt a traditional marathon, challenged himself by taking on the exhausting 54km/+3800m trail race. He more than rose to the occasion, finishing in 260th place out of 657 athletes with a time of 10:14:34.

Milo Zanecchia, who graduated from TASIS in 2008 and has since created many promotional films for the School while also serving as the Global Service Program Assistant from 2013–2016, placed an impressive 58th out of 745 runners in the 27km/+2200m skyrunning race with a time of 4:00:02.

Director of University and College Counseling Greg Birk, who is the architect of School’s annual Beat the Bells Run and has completed 56 marathons and two ultramarathons over the past 41 years, completed the 4.5km/+880m sprint in 1:16:03, good for 115th place. 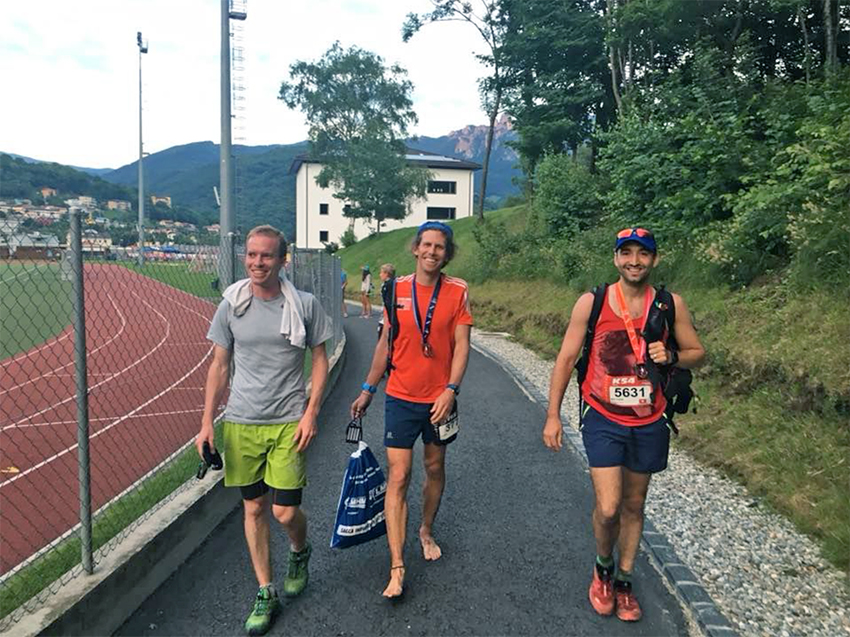 L-R: Zanecchia, Schiff, and Frazier-Smith looking more cheerful than they should after running for a combined 34 hours.

In addition, many members of the TASIS community competed in the 2018 StraLugano over the weekend of May 26–27. Full results for the 10-km run, half marathon, and vertical run up Monte Brè (in which Manning placed second out of 90 runners and Director of Residential Life Tom Lill placed 15th) can be found here.

High School Science teacher Dr. Jill Sawyer-Price, one member of the ever-growing female running contingent at TASIS, finished 20th in her age bracket (and 69th overall out of 299 entries) with a time of 1:42.50 in the StraLugano half marathon. Dr. Price, who has run two full marathons and prefers mountain races to road races because they “are always located in beautiful locations and are more of a physical challenge,” also recently placed second in her class in the Il Cuors Da Flem half marathon in breathtaking Flims, Switzerland. 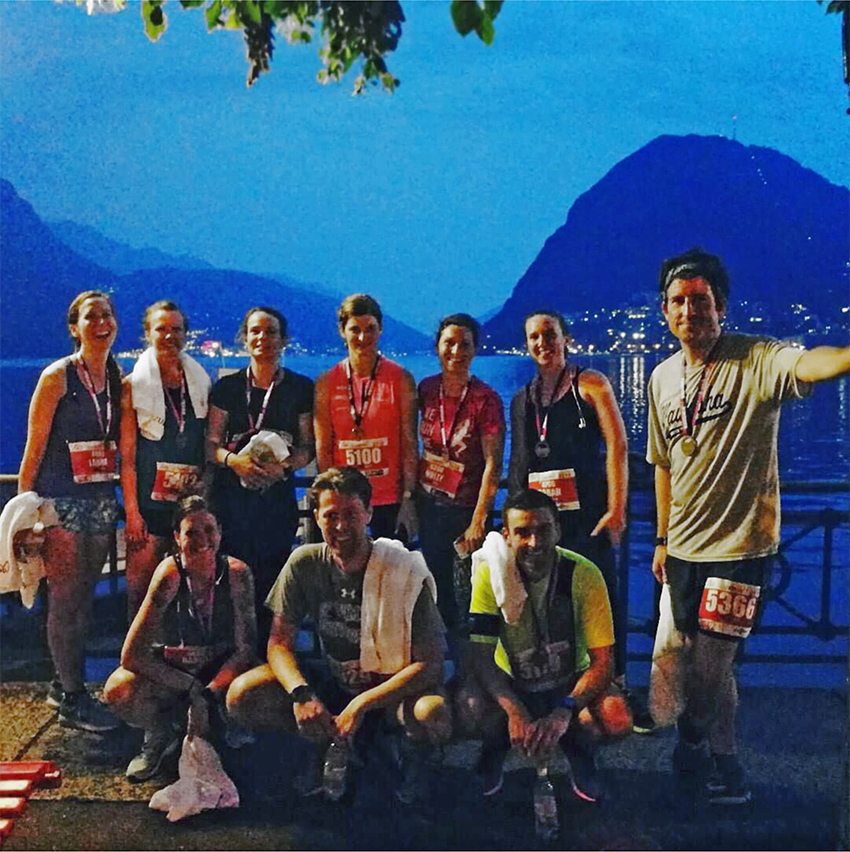 The satisfied TASIS crew after the StraLugano 10K 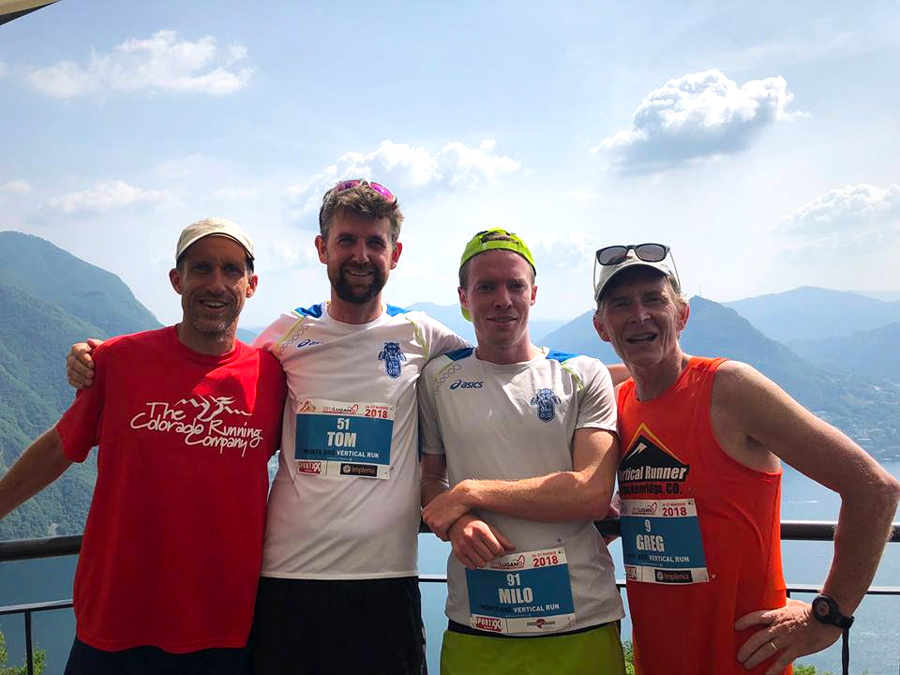 Wiens was inspired to start training after hearing Schiff discuss his motivations for running the Leadville Trail 100 during the summer of 2016.

“The idea that he needed to do something to take care of himself and decided upon this challenge was what pushed me to take up running,” she said. “With my two young children at home and ‘my kids’ in the TASIS classroom, I was putting my health second to all my other responsibilities, and running seemed like the perfect solution. Little did I know how much I would love running and being part of a running community. Furthermore, I think it is important for our students to see their teachers modeling physical health, being more well-balanced people, and finding inspiration in their own community.”

A fellow mother of two, Dr. Price agrees that it is imperative for TASIS faculty members—most of whom also serve as dorm parents—to carve out time for self-care. “Running is one of the easiest and most convenient sports for busy working parents since it takes no time at all to pop on your shoes and get in a short run,” she said. “It is great for de-stressing and thinking through work challenges.”

Frazier-Smith sees his training time as an investment that pays dividends in all areas of his personal and professional life. “Because of running, I feel more alive and inspired each day,” he said. “I am able to be more present in the classroom, I can give more of myself to the students and friends, and I feel a renewed sense of wonder and possibility.”

“I think it is important for our students to see their teachers modeling physical health, being more well-balanced people, and finding inspiration in their own community.” – Holly Wiens

While TASIS has long had a group of avid runners, the difference over the past year is that more and more people have gotten involved and a particularly inspiring community has emerged. New technologies—such as the mobile app Strava, which is used to track cycling and running activity via GPS—have helped these motivated runners push themselves to new heights.

“I really enjoy how the TASIS running community has moved to Strava,” said Kavalauskas. “A running social network has been a healthy alternative to Facebook. I love seeing maps and photos of where my TASIS friends are running, especially in the summer when we're scattered around the globe. Following my friends on Strava is, of course, simultaneously motivating and frustrating! I am motivated to keep posting activities and frustrated when my times and distances stagnate. Overall, however, I feel lucky to be a part of a community that likes to combine time outdoors with friends, exercise, and travel.”

Next up for this energized group upon its return to Lugano in the fall: the Ascona Locarno Run on October 13–14. After a record TASIS turnout for this spring’s StraLugano, expect to see the School very well-represented at this annual 5K/10K/half marathon.