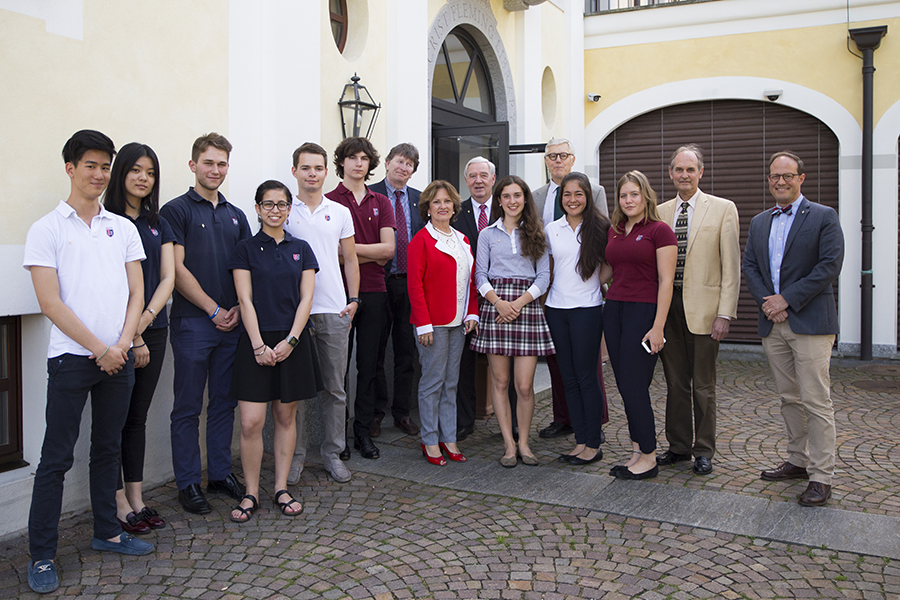 As we enjoy the holiday season and hope for the best in the new year, we take a moment to look back at some of the many highlights from the past 12 months at TASIS.

Students in grades Pre-Kindergarten through five performed beautifully at the annual Elementary School Christmas Concert in the Palestra on the afternoon of December 17. Watch the full concert, see photos, and learn who was involved in this year’s performance.

Read More about Presenting the 2021 TASIS Elementary School Christmas Concert
What Is the One Thing You Try To Accomplish in Every Class?
Dec 13 2021

Eight Khan-Page Master Teacher Award recipients answered this question at a dinner hosted by Headmaster Christopher Nikoloff and Chairman of the Board Lynn Fleming Aeschliman in Casa Fleming on the evening of December 3. See their responses.

Read More about What Is the One Thing You Try To Accomplish in Every Class?
Books and Stories
Dec 12 2021

TASIS Foundation Board member and distinguished educator, literary critic, and scholar Dr. Michael D. Aeschliman explains why he recently chose to hand-deliver an 1896 edition of Washington Irving’s The Alhambra (1832) to the TASIS Portugal Library.

Read More about Books and Stories
Powered by Finalsite