TASIS Celebrates Another Movember: The Story Behind the Mustaches and Music Videos That Have Raised Thousands for Cancer Research
Dec 16 2015 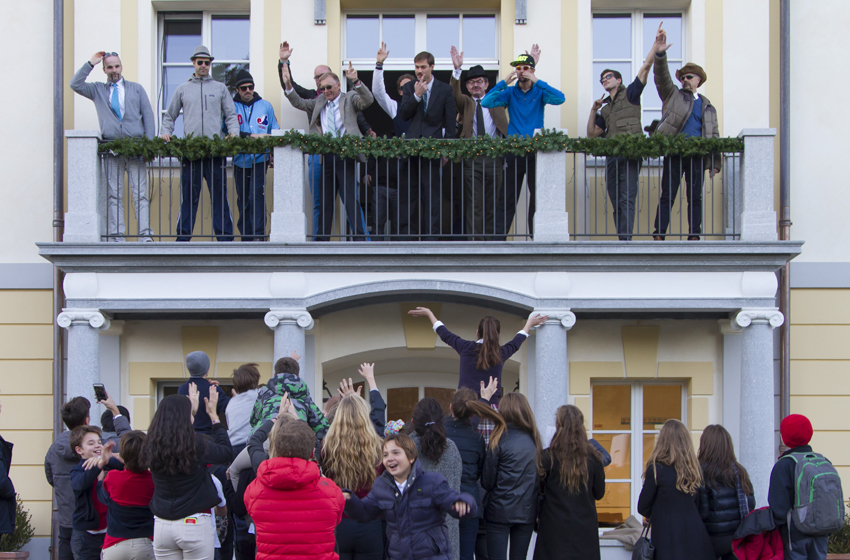 For Math teacher Danny Schiff’s quest to turn The American School in Switzerland (TASIS) into a mustache-growing machine, the third time was the charm. After two years of honoring Movember on his own—“I was the one guy with the mustache and felt pretty self-conscious about it,” he recalls—Schiff finally gained traction in 2013 when a handful of colleagues joined him in his mission to raise money and awareness for some of the biggest health issues faced by men, including prostate cancer, testicular cancer, poor mental health, and physical inactivity.

The TASIS “Mo Bros” have since produced three music videos and raised nearly CHF 4000 for the Movember Foundation, a global charity committed to men living happier, healthier, and longer lives. The Foundation started in Australia with 30 members in 2003 and has since grown to a community of five million that has combined to raise $500 million for men’s health projects.

For Schiff—who also leads service learning trips to Cambodia and Nepal each year and serves as a dorm head, a lead advisor, and a spinning and rock climbing coach at TASIS—the initial decision to participate in Movember sprung from cancer’s unavoidable influence throughout his life.

“My dad spent his career as an oncologist working with cancer patients, so I kind of grew up around it,” he said. “My grandfather passed away from cancer. It’s just something that’s always been around.” 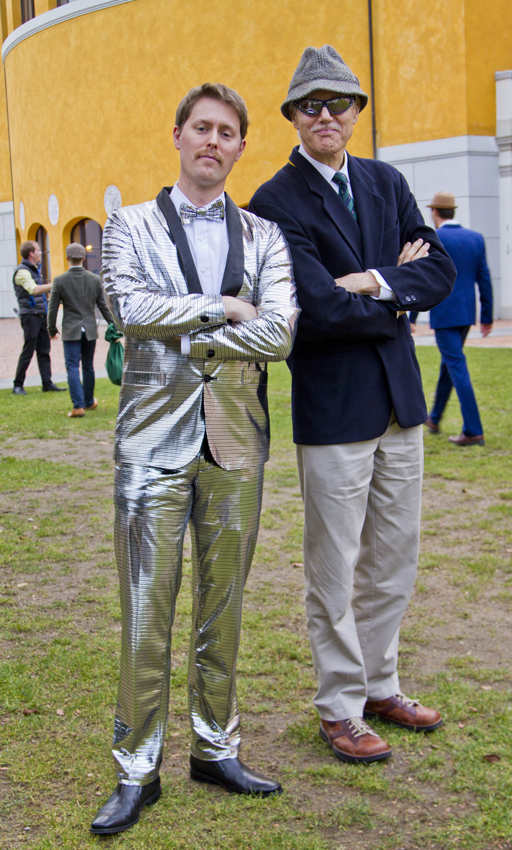 Schiff first looked into the Movember Foundation in 2011, and as a person who is passionate about service trips and “doing what I can, when I can,” he decided to participate. After two solo missions, he was able to recruit new members around campus in 2013. “People had begun to hear more about Movember,” he said. “They understood that it was happening on a bigger scale and that it wasn’t just me doing it.”

What also helped was that Schiff had recently produced a few music parody videos. Self-described as “really low-budget productions—just me with my point-and-shoot camera,” the videos had nonetheless begun to catch on, racking up plenty of views on his YouTube channel and gaining popularity among TASIS students and staff.

And so when Schiff proposed the idea of creating a rap video for the 2013 Movember Moscar competition, he found a receptive audience. “A bunch of people jumped on board,” he said, “and the numbers have grown each year since then.”

The 2013 video also provided Schiff an opportunity to collaborate with videographer Milo Zanecchia, a 2008 graduate of TASIS who returned to his alma mater earlier that year to produce a series of inspiring videos for the Global Service Program.

“They had already recorded the music for the video, and when Danny started filming, I asked if I could help out,” said Zanecchia. “He gave the camera to me, and we quickly realized that we worked together as a good team—with him being in the videos rather than filming them.”

It turned out to be a perfect partnership, and the inaugural Movember video was nominated for a Moscar and featured on the official Movember website, helping the TASIS group raise more than CHF 2000. “Most of the donations came in after the video was featured,” said Schiff. “Our colleagues at TASIS and the families of TASIS students were very generous.”

With considerable help from a number of colleagues—including English teacher and 11th/12th Grade Dean Peter Locke, who has written and sung many of the lyrics, and professional composer and producer Alex Zanecchia, who graduated from TASIS in 2002 and now lends his expertise to a number of the school’s video productions—the Schiff-Zanecchia partnership has upped its game each year.

“Every year we try to top ourselves,” said Zanecchia. “And from the beginning it’s been awesome seeing the differences in the stories, the songs, and the beats while always coming back to our core, which is Danny and Peter’s forte—rap.”

“The first year we recorded the song straight into my computer with this little play mic I have,” said Schiff. “So getting into Alex’s studio and having him professionally edit things is amazing. And Milo is unbelievably talented, so to have him out there shooting is incredible.”

Professional dancer and choreographer Matthew Frazier-Smith, who now teaches Drama and Musical Theater at TASIS, came on board this year and did his best to turn mostly terrible dancers into mediocre ones, and Instructional Technology Coordinator Tim Venchus added a nice touch by operating the theater’s lighting system for the pivotal dance scene.

“That’s what was special about this year,” said Zanecchia. “We might look like a few inexperienced people, but everyone is kind of a professional in their own area, with Peter being an English teacher and perfecting the raps, Danny developing the beats, Alex bringing in recordings that are industry-standard quality, me shooting the video, Tim running the lights, and Frazier choreographing. We’ve begun to feel like a professional production team instead of a bunch of amateurs.”

Schiff was quick to point out that many others have made major contributions to the Movember productions.

“It’s a really cool community project,” he said. “It’s been awesome to see some of the new staff jump right in this year, and it’s great that a number of people have now been involved in all three videos. When I made a Behind the Music spoof to hype this year’s video, part of the idea was that there are all these people who are going on three years with this—Peter, Tim, Todd [Matthew], James [Lemmon], Thomas [Joyce], Greg [Birk]—and all of these guys have been just as invested as I have.”

Schiff noted that while supporting an important cause is paramount, Movember is also about fun, camaraderie, and community building—particularly at a time of year when everyone can use a bit of levity.

“What I like most is that it brings everyone together and gives us all a chance to not take things so seriously for a minute,” he said. “November is one of those times when morale can dip a bit here—you’ve been going at it a while, it’s starting to get cold, and the Christmas holiday is still in the distance, so working together on the Movember video is just a mood lifter. It’s great to see kids and teachers laughing as they watch the video on the day we release it—that’s what we’re going for.”

TASIS students have done more than just support their teachers’ decision to look a bit rough for one month of the year—they’ve also served as valuable extras in each video. Sophomore Claire Young, who played an adoring fan in this year’s video, was happy to take time out of her busy schedule to participate.

“Even though we have a lot of homework, it was fun to take an hour to go and film and have fun and be with everyone,” she said. “It was a good distraction, and I think it’s really cool that the videos support something. We love that so many teachers are a part of it. They clearly are all really involved with it, and it’s something that matters. People don’t really notice these issues as much, so for our teachers to bring attention to them in a fun way is great for everyone. ”

Schiff recalls feeling very self-conscious the first year he grew his mustache—particularly when parent-teacher conferences rolled around—so he understands why Movember is not for everyone.

“The mustache gets a bad rap, but it’s part of what defines every year for me now,” he said. “You have to own it. There are some people who say, ‘I’m not going to do this because I think it’s ridiculous and I’m going to look ridiculous’, but I think that’s part of it—putting yourself out there. Kids see the teachers with the mustache and say, ‘Yeah, that teacher is on board. I love watching my teacher or advisor who I didn’t expect to be rapping and dancing in the video.’ And to me that’s the fun of it.”

The opportunity to work with both students and colleagues on an unconventional but meaningful project is the part that Schiff relishes most.

“When we were out on the basketball court filming with all those kids and teachers this year, I just thought to myself, ‘There are rarely times like this where we can just get together and have fun and be creative,’” said Schiff. “We’re all so busy with our to-do lists, and so when we’re able to find the time to collaborate with colleagues and students on a community project that mixes philanthropy with raising morale, it’s a perfect combination. Every time I get involved with something like this, I always think that at the end of the day, this is what keeps me passionate about my job, this is what helps build those relationships, and this is what makes the school a fun place to work for my colleagues and me.”

Schiff felt that the energy level reached an all-time high this year and sees no reason why the tradition can’t continue at TASIS indefinitely.

“You don’t want it to get stale and for people to think, ‘Oh, I have to do this Movember thing again,’ but people are still excited about it, and we’re still finding new and different ways to do creative things,” he said. “It’s fun to sit at lunch in the beginning of November when people have the peach fuzz and hear everyone talking about what we can do for this year’s video. I’ve been thrilled with the participation, and I’m thrilled with the final product.”

Schiff believes that the videos will reflect well upon TASIS if they’re viewed by outsiders who know little or nothing about the school.

“My hope is that the casual viewer who comes across these will react by saying, ‘Oh, that’s so cool that the teachers and administrators who are working hard and being professionals are also able to have fun.’ I hope these videos make TASIS come across as a great school to study or work at because it definitely is.”