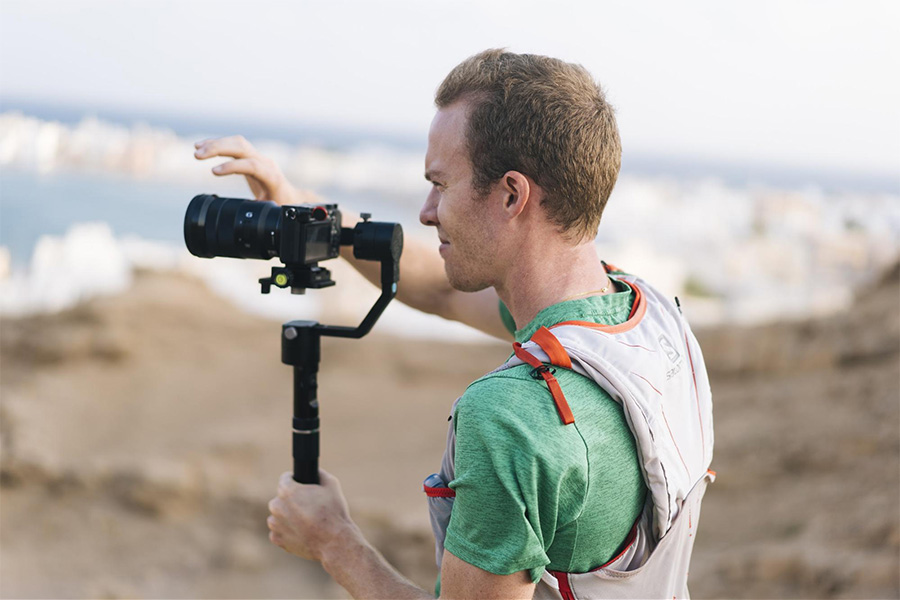 Milo Zanecchia, a 2008 graduate of TASIS who now works as an outdoor lifestyle filmmaker and photographer, opened the 2018–2019 TASIS Speaker Series with an address to the senior class in the Palmer Center at 20:00 on the evening of Monday, October 22. A question-and-answer session followed in Casa Fleming.

Mr. Zanecchia, who earned a Master of Arts in Geography and Politics from the University of Edinburgh, focuses on documenting natural landscapes with a human element for outdoor brands and tourism agencies. He has worked for a number of international brands in North America, for humanitarian organizations in Africa and Asia, and on a recent Trans-Asia overland expedition from Switzerland to Mongolia that was supported by The North Face. He has also created many promotional films for TASIS, including four that have amassed more than 70,000 views on YouTube: TASIS Elementary School, TASIS Summer Programs, The Magic of TASIS, and TASIS Inspires.

His presentation to TASIS seniors, which can be viewed in full below, focused on his journey as a photographer and filmmaker with an emphasis on how his passion for outdoor adventure and his endless pursuit of beauty spring from his time at TASIS, which he attended for grades 8–12. “The intersection between the way I want to live my life, the work that I do, and my experience at TASIS is ultimately the pursuit of beauty,” he said before introducing the visually stunning 60th-anniversary video he created in 2016 with help from his brother Alex Zanecchia ’03. This video was in many ways an ode to TASIS Founder M. Crist Fleming, who in a 2003 speech to TASIS parents and students stated, “We are blessed indeed, each and every one of us, to live in one of the most beautiful places in the world. TASIS believes that beauty should be the birthright of every human being born into this world.”

The TSS Committee, chaired by High School English teacher and Associate Dean Peter Locke, selects four speakers each year who embody the pillars of the program—with priority given to speakers who fulfill those virtues in some capacity. The Committee strives for a variety of voices, backgrounds, and professions represented in each year’s group but ultimately selects speakers on the basis of their ability to enhance the intellectual and moral experience of the outgoing seniors and the community as a whole.

Although the TSS focuses on students near the end of their TASIS careers, the program aspires to serve as an educative instrument for the entire division, creating opportunities for all High School students to interact with people and ideas of significance that are concerned with the world beyond the TASIS campus. Students enhance their intellectual experience through discussions, lectures, class visits, and film screenings centered on some combination of truth, goodness, beauty, international understanding, and humanitarian action. Above all else, the program conveys a clear message to students about what the School hopes for and expects from them after they leave TASIS.

The influential program was initially made possible by a CHF 100,000 donation from TASIS parents Michael and Jane Grindfors to The M. Crist Fleming Endowment for International Understanding and Leadership in 2008. It remains an integral part of a TASIS education thanks to ongoing support from the TASIS Board of Directors and the excellent behind-the-scenes work done by a dedicated group of students and faculty members.

Mr. Zanecchia’s visit will represent the first installment of a Community Voice speaker, an element of the TSS that features people closely connected to TASIS. He will be followed later this year by journalist Nazlı Çelik ’96, writer and producer Mike Lesslie, and scientist Mark Trodden.

“I'm thrilled to be welcoming such a wonderful group of speakers to campus this year under the new banner of TSS,” said Mr. Locke, who has chaired the SHP/TSS Committee since 2012. “Our program has always been about inviting the outside world into TASIS for our students to connect with, and what better way for the year to start than with two alumni who've gone on to distinguished careers in their fields.” 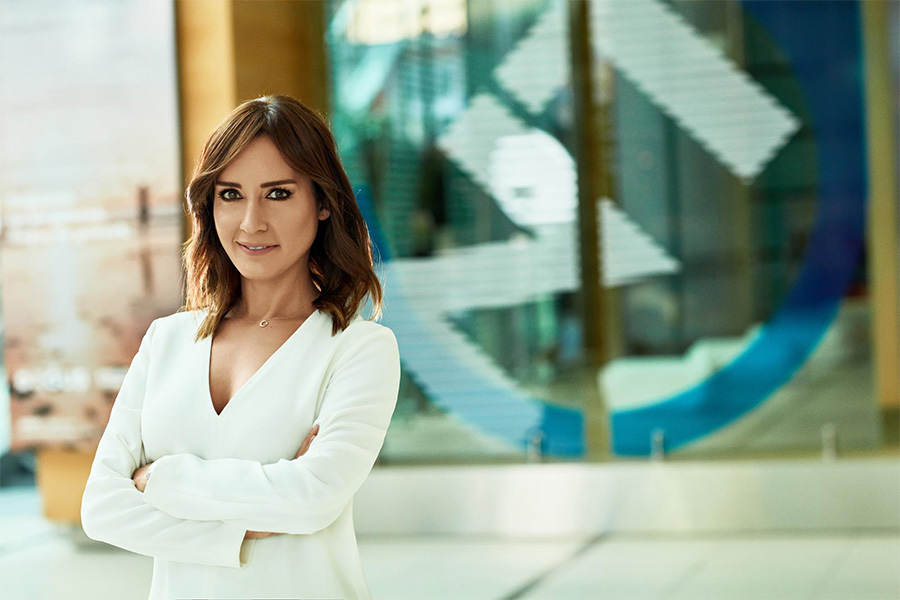 The TSS Committee was elated to secure the visit of a second highly successful alum: award-winning newscaster Nazlı Çelik ’96, who will speak to the senior class in the Palmer Center at 20:00 on Sunday, November 18, and lead a question-and-answer session in Casa Fleming from 21:00–22:00.

Born in Istanbul in 1977, Ms. Çelik attended primary and secondary schools in Istanbul at Dost College before coming to TASIS for four years of high school. She then matriculated to Emerson College in Boston and double- majored in Psychology and Journalism, graduating with honors.

Starting in 1999, Ms. Çelik worked at NTV News Center as a police-court reporter for six years. In 2002, at the invitation of the American State Department, including the White House and the Pentagon, she completed a Television Journalism program.

Working at Star TV for nearly two years, Ms. Çelik presented on Nightly News with Nazlı Öztarhan and on Erdoğan Aktaş’s Red Chair program in 2006. She then moved to Star TV’s main news program from June 2006 to February 2008. From 2008 to 2011, she worked the weekend news center for Uğur Dündar and served as the news coordinator. Since 2011, she has been the chief editor of Star TV’s Home News.

Ms. Çelik received her first award, from Turkey Journalists, in 2004 for an interview from the League "Ilhami Erdil" area, and she has since been honored more than 100 times for her journalism, including six Golden Butterfly awards for best newscaster. 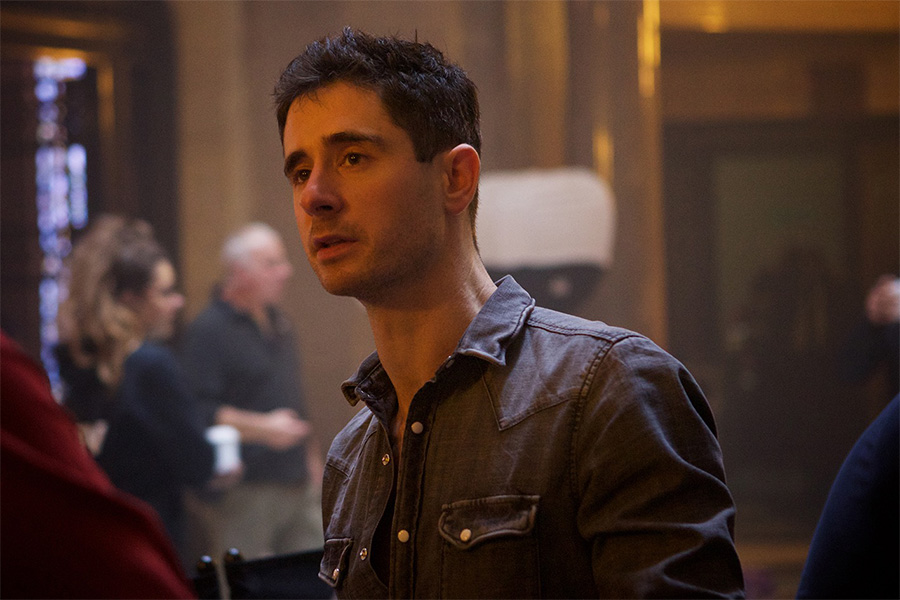 Highly sought-after screenwriter, playwright, and producer Michael Lesslie will visit a number of TASIS classes throughout February 4–5, address seniors in the Palmer Center on the evening of February 5, and host a conversation in Casa Fleming directly afterward.

Mr. Lesslie has written scripts for Macbeth and Assassin’s Creed, both directed by Justin Kurzel, and has worked with such acclaimed filmmakers as Doug Liman and Johan Renck. He is currently adapting and executive producing the six-part miniseries The Little Drummer Girl by John Le Carre for the legendary Park Chan-Wook, which AMC and the BBC will screen in 2018. He also has four high-profile television and film projects in advanced development and is writing a contemporary screenplay of Hamlet—starring Riz Ahmed—for Netflix.

Mr. Lesslie also works as a producer with his business partner PJ van Sandwijk and their company Storyteller Productions. Storyteller’s first feature documentary film, the iconic director Errol Morris’s American Dharma, will premiere in 2018. They have several more high-end film and TV projects at advanced stages of development and production.

An Oxford University graduate with double First Class Honours in English Language and Literature, Mr. Lesslie began his writing career at age 23 with Swimming with Sharks, a play that opened in the West End starring Christian Slater and Matt Smith. The same year, he wrote a BAFTA-nominated short film, Heavy Metal Drummer.

Mr. Lesslie continues to balance playwriting alongside screenwriting and has had his work staged in theaters and screened in cinemas across the world. 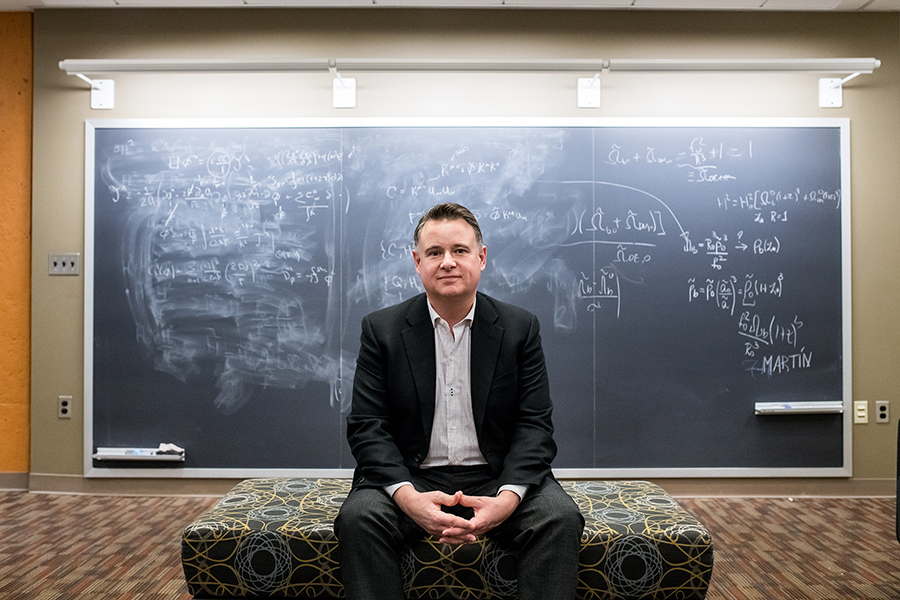 Distinguished theoretical cosmologist and particle physicist Dr. Mark Trodden will close out the 2018–2019 TASIS Speaker Series lineup when he visits March 20–21. He will speak to various science classes over the course of his two-day visit and will present to the senior class in the Palmer Center on the evening of March 20 prior to answering students’ questions in Casa Fleming.

A theoretical physicist who has worked broadly in both cosmology and particle physics, Dr. Trodden is the Fay R. and Eugene L. Langberg Professor of Physics at the University of Pennsylvania. He is co-Director of the Center for Particle Cosmology and currently serves as the Chair of the Department of Physics and Astronomy.

Dr. Trodden holds an MA and a Certificate of Advanced Study in Mathematics from Cambridge University and an M.Sc. and a Ph.D. in Physics from Brown University. He previously held the Alumni Professorship at Syracuse University and has had visiting positions at Cornell University, the Kavli Institute for Theoretical Physics in Santa Barbara, and at the University of Melbourne, where he served as a Sir Thomas Lyle Fellow. Dr. Trodden is an elected Fellow of the American Physical Society, the American Association for the Advancement of Science, and of the Institute of Physics. He currently is a member of the US High Energy Physics Advisory Panel (HEPAP) and sits on the editorial boards of a number of leading journals in the field.