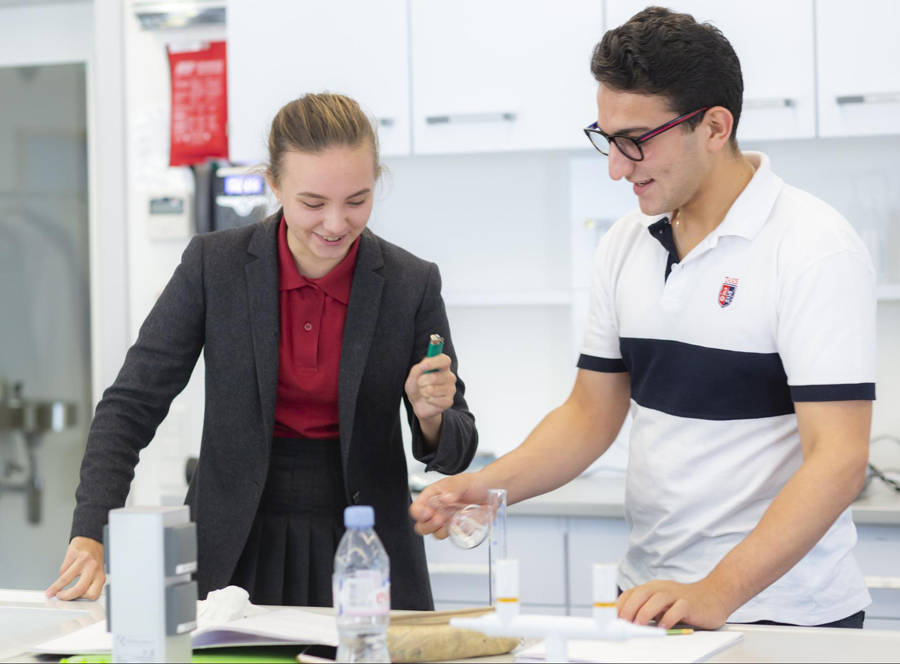 Exceptional TASIS student Omar Rahal ’20 will be one of just 120 high school students in the world to participate in the prestigious Barcelona International Youth Science Challenge (BIYSC) this July.

The BIYSC is a two-week program designed to offer students aged 16–18 a world-class experience by working on research projects, participating in scientific lectures and debates, and enjoying the company of like-minded peers. Its ultimate aim is to “stimulate scientific talent among young people from all over the world, and to encourage their enthusiasm for pursuing scientific research and careers in science.” TASIS 2018 Salutatorian Anastasia Kolesnikova, who is now studying biochemistry at Imperial College London, investigated neurodegenerative diseases in Barcelona in July of 2017.

Rahal, who originally hails from Lebanon but moved to Saudi Arabia with his family at age 12, started at TASIS as a sophomore in the fall of 2017. Now a full International Baccalaureate Diploma Program (IBDP) student, he aims to study biology, chemistry, and mathematics (pre-medical track) at a university in the United Kingdom with the ultimate goal of becoming a surgeon. “I want to follow in the footsteps of my father, Dr. Bassem Rahal,” he said. “He has inspired me to pursue a career in medicine since I was young.”

In order to apply for a coveted spot in Barcelona, Rahal had to submit a personal statement, letter of motivation, description of scientific background, fundraising plan, transcript, and two letters of recommendation. There were only 10 spaces available in the project category he applied for—broadening medical expertise: a clinical overview.

Rahal’s particular project “aims to encourage the scientific vocations linked to the world of medicine among young people by helping them guide their academic and professional future.” He will have the opportunity to spend time at the Hospital Clínic de Barcelona and learn how different diseases—including heart disease, liver, diabetes, obesity, alcoholism, and cancer—are diagnosed and addressed.

“I am excited to get some more clinical experience and gain a better understanding of how doctors treat their patients,” said Rahal, who completed a two-week internship with Johns Hopkins Aramco Healthcare in Saudi Arabia over the Christmas holiday.

Rahal was initially made aware of the BIYSC opportunity by High School Science Department Chair Mr. Alec Ogilvie, who teaches him in IB Chemistry Higher Level (HL) this year, but it was his IB Biology HL teacher, Ms. Pegeen Crockett, who insisted that he apply.

“Omar was the first student who came to mind,” said Ms. Crockett, who taught for nearly 40 years in the United States, Saudi Arabia, and China before coming to TASIS in 2016. “He embodies what the program is looking for: sincere interest in research, desire for a future in medicine, maturity, perseverance to overcome problems, and intellectual ability.”

Rahal, who credits Ms. Crockett, Mr. Ogilvie, and Mr. Gil Grimm (his Chemistry teacher in grade 10) for building more confidence in him as a student, has taken full advantage of the state-of-the-art Campo Science Center, spending an additional 2–3 hours per week in the building as a volunteer lab technician. “He often can be found in the prep room being supervised by our lab tech on how to make permanent slides of mitosis stages, helping to prep labs by making certain molarity solutions, pouring up gels, making immobilized enzymes, and working on other projects,” said Ms. Crockett. “He truly loves the investigation and learning of new techniques.”

Ms. Crockett also praised Rahal for his graciousness and ability to raise up those around him. “Omar is one of the nicest students I’ve had in a long time,” she said. “He is trustworthy, kind, and patient. He is a quiet leader who keeps others focused on the task at hand, and I have no doubt that he will mightily impress both his peers and leaders in Barcelona.” 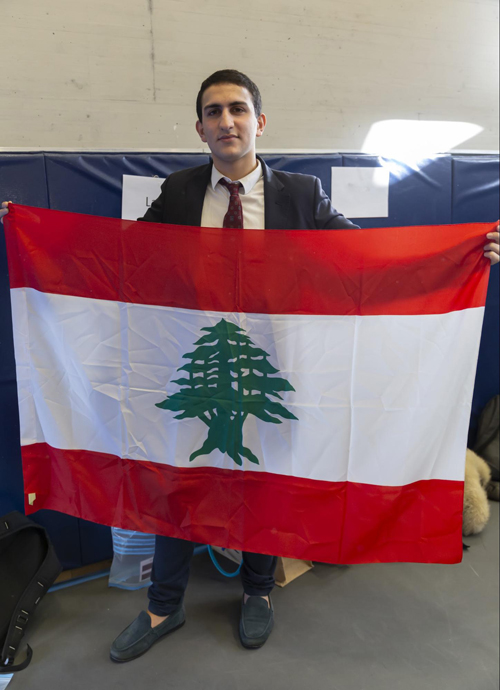 Rahal proudly carried the Lebanese flag during this year’s International Week at TASIS.

From Book Week and Easter celebrations before our two-week spring holiday to sports contests and Academic Travel after, we take a photo-driven look at the past month at TASIS.

Read More about This Month at TASIS: April 2022
Powered by Finalsite