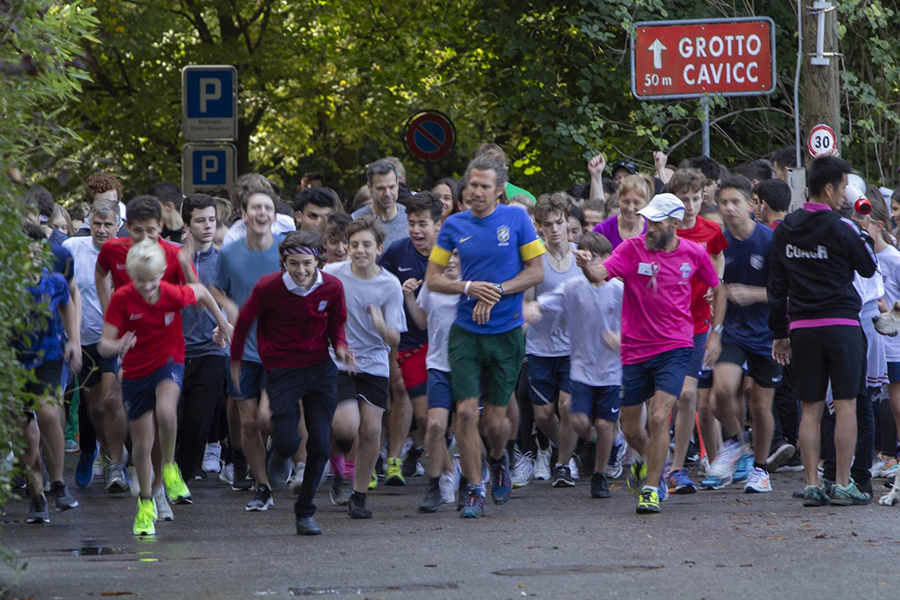 More than 400 TASIS High School students, Middle School Cross Country runners, and faculty members participated in the School’s third annual Terry Fox Run—completing as many 500-meter laps as possible in 45 minutes—on the afternoon of October 16 to raise money for cancer research and honor the legacy of inspiring athlete, humanitarian, and activist Terry Fox. Through donations and the purchase of pink ribbons, the event raised just over CHF 1000 for the Swiss Cancer Foundation, which used last year’s donation to develop digital marketing tools designed to continue raising awareness for the many facets of this terrible disease.

“Although we were nervous about the extremely heavy rain that fell the day before and weren’t sure what kind of shape the course would be in, things ended up coming together perfectly,” said Mr. Schiff, who is no stranger to a long stroll in the woods. “I can think of no better way to spend a beautiful fall afternoon. Coming together as a community to celebrate our health while raising both money and awareness feels very aligned with our mission to instill the values of personal responsibility, compassion, and justice in our students.” 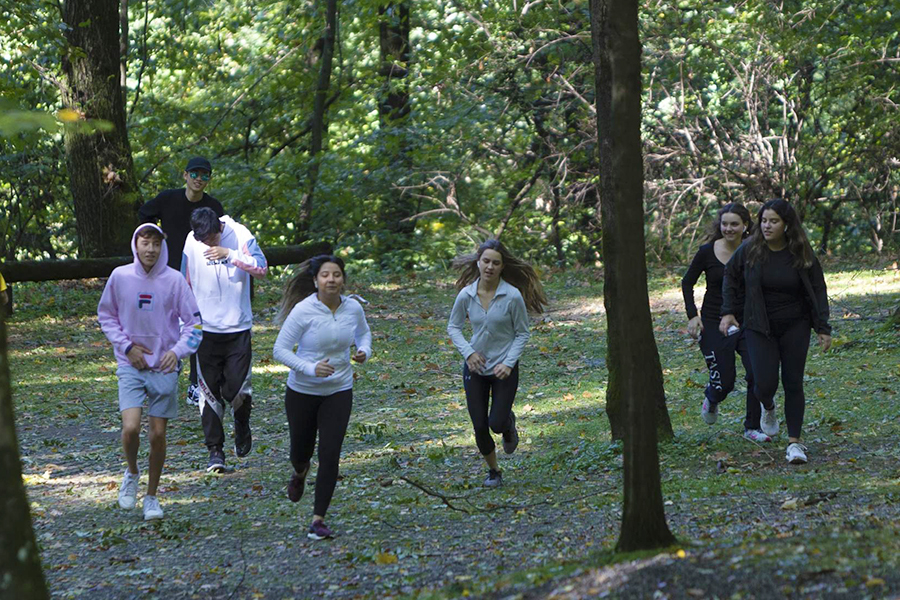 Terry Fox lost his right leg to cancer in 1977, and three years later he set out on a Marathon of Hope across Canada. Hobbling on a prosthetic leg, he ran a marathon per day for 143 days—traversing 5373 kilometers before the cancer spread to his lungs and forced him to abandon his goal of running all the way from Newfoundland’s Atlantic shores to British Columbia’s Pacific coast. Although the disease claimed Fox’s life just nine months later, his legacy has inspired millions of runners in more than 60 countries to participate in Terry Fox Runs, now the world's largest one-day fundraisers for cancer research. More than $750 million has been raised in his name.