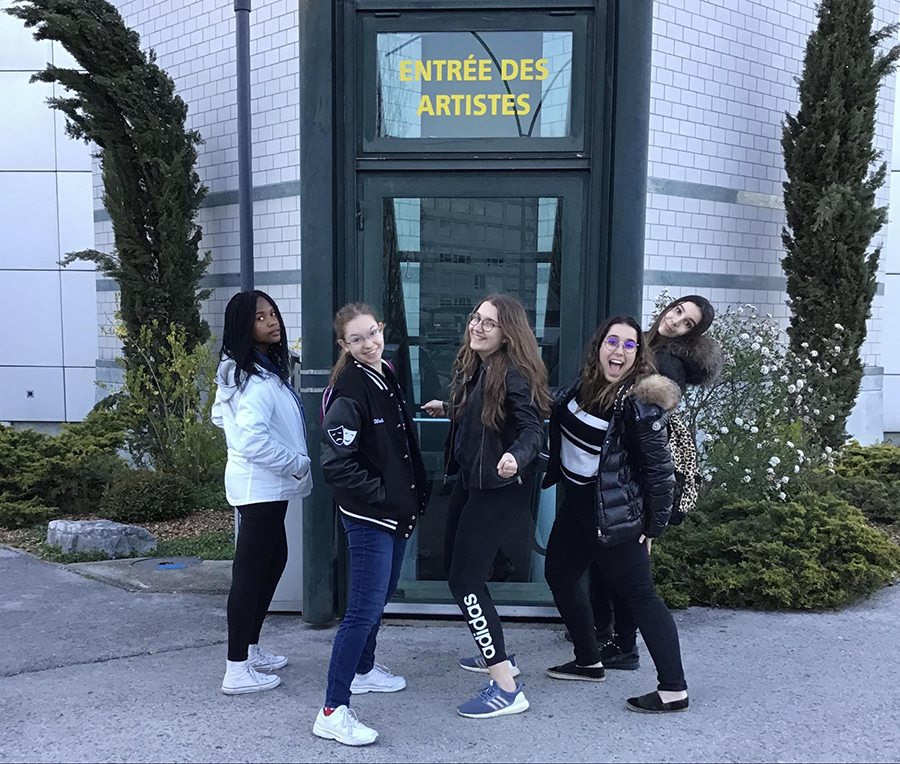 Although the 2019 Spring Arts Festival won’t officially begin until mid-May, the month of April nonetheless represented a very busy time for TASIS’s performing artists in all three divisions.

Less than a week after closing The Pirates of Penzance, Ms. Valerie Bijur Carlson and five IB Theatre students from the High School were off to a 4-day workshop in Geneva run by the International Schools Theatre Association, hosted by The International School of Geneva (Ecolint), and attended by five European schools.

The TASIS IB students worked with master teachers from the UK, Europe, and the United States to gain content knowledge and skills in play text analysis, clowning, body percussion, and devising (creating a piece of theater from solely a theme—in this case, time). Teachers were also treated to professional development sessions in Forum Theatre, text work, and blank verse improvisation, which Ms. Carlson described as “stellar opportunities to learn from my colleagues in theater education.” In addition to the workshops, Ms. Carlson arranged a trip for the students to see a professional touring production of a play by legendary theater practitioner Peter Brook.

On the second day of the festival, students and teachers toured Geneva together, learning the city’s history and seeking out places having to do with time (the theme of the workshop). The students and ensemble leaders then forged original pieces of theater from the material they gathered during the tour. 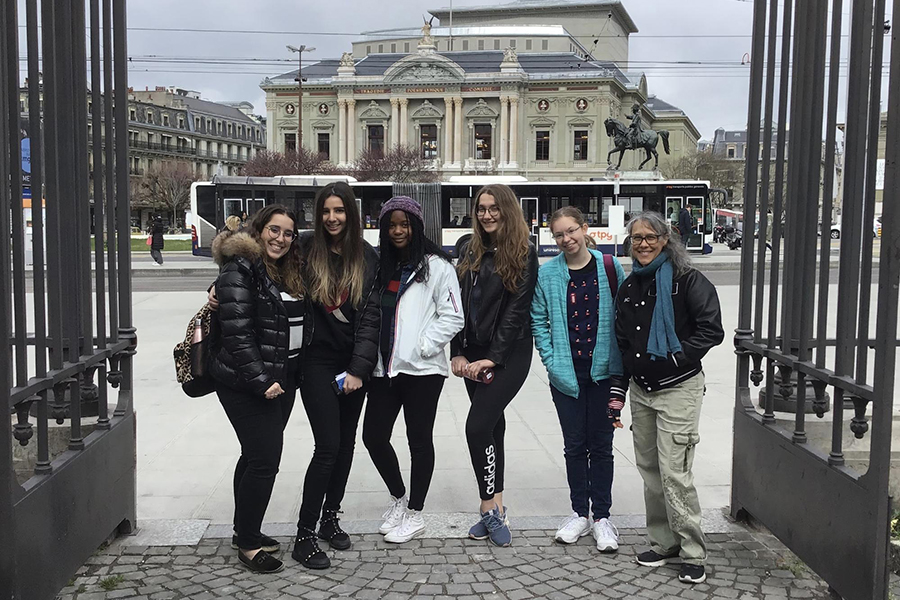 Outside the Opera House in Geneva

The festival culminated with a performance by all 60 students. As the Ecolint principal said after the performance, students gain enormously by participating in theater education such as the IB course provides, gaining transferable skills in collaboration, self-discipline, and creative problem-solving. 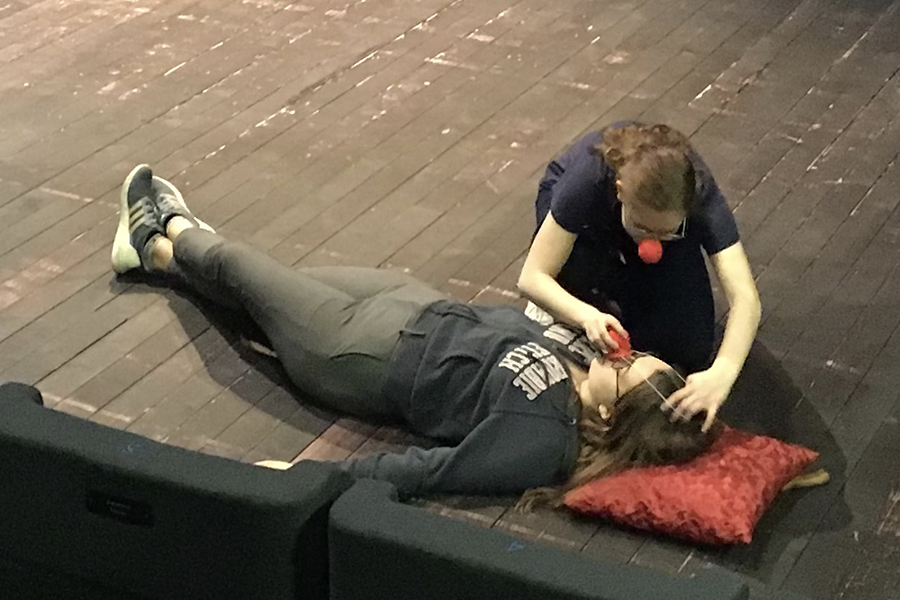 Meanwhile, sixth-grade Music students—under the guidance of Ms. Sarah Grove Locke—created an original piece of musical theater/operetta after having studied the form in class. Students wrote the storyline, chose the music, created the sets, designed the lighting, and performed the songs. A run-through was performed in the Palmer Center on the morning of April 12—the last day of school before the two-week spring holiday.

“This project grows out of our study of the development of opera seria in Italy and how it all began,” explained Ms. Grove Locke. “We learn about the vocabulary associated with opera—libretto, recitative, etc.—as well as the many jobs that are required to produce and create an opera from start to finish. We look at how opera seria transitions into comic opera, operetta, and then examine how the form continues to develop into what we now know as musical theater, which students will study closely in seventh grade.”

At the Elementary School level, students in Mr. Matthew Friday’s Grade 5 Creative Writing and Drama Club performed their own 30-minute version of Romeo and Juliet on April 11. The goal was to introduce these young scholars to Shakespeare and have fun with a classic story while also learning stagecraft skills. The students worked on a script collaboratively, adding modern references and jokes while keeping some of the most famous lines and speeches. They then went through the theater rehearsal process: learning lines, rehearsing the play, and finally sharing it in two shows—the first for students and teachers from grades 4–5, and the second being the big show for their parents. The audiences enjoyed the performances immensely, and students reported that they loved being Shakespearean actors. 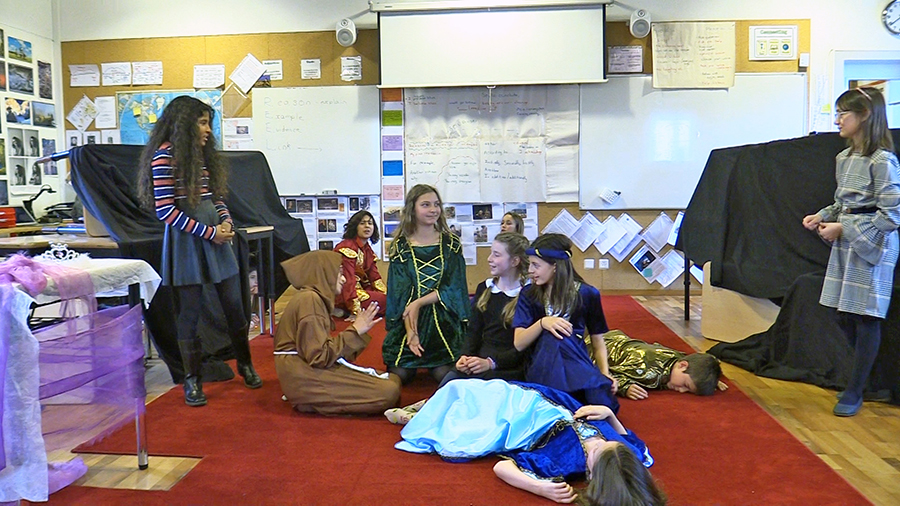 Fresh off the two-week spring holiday, the Performing Arts Department, guided by Ms. Samantha Forrest, celebrated International Jazz Day on April 30 with a special morning assembly that featured musical performances from faculty members and students from all three divisions (see video below), a New Orleans-inspired lunch, and a Salsa Dance and Latino Percussion Workshop in the evening.

All the while, actors in both the Elementary School and the Middle School have been hard at work preparing for their spring musicals. The Middle School Musical, Sketch, will be a featured event in the 2019 Spring Arts Festival—performed in the Palmer Center on May 17–19. The Elementary School Musical, The Prince and the Pauper, then takes center stage on May 28–29. Learn more about each musical and reserve your seats at tasis.ch/sketch and tasis.ch/prince. 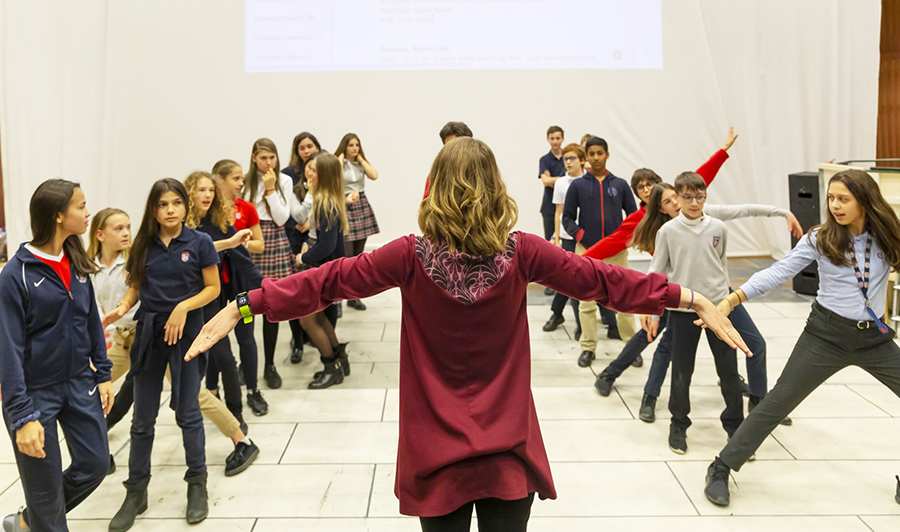