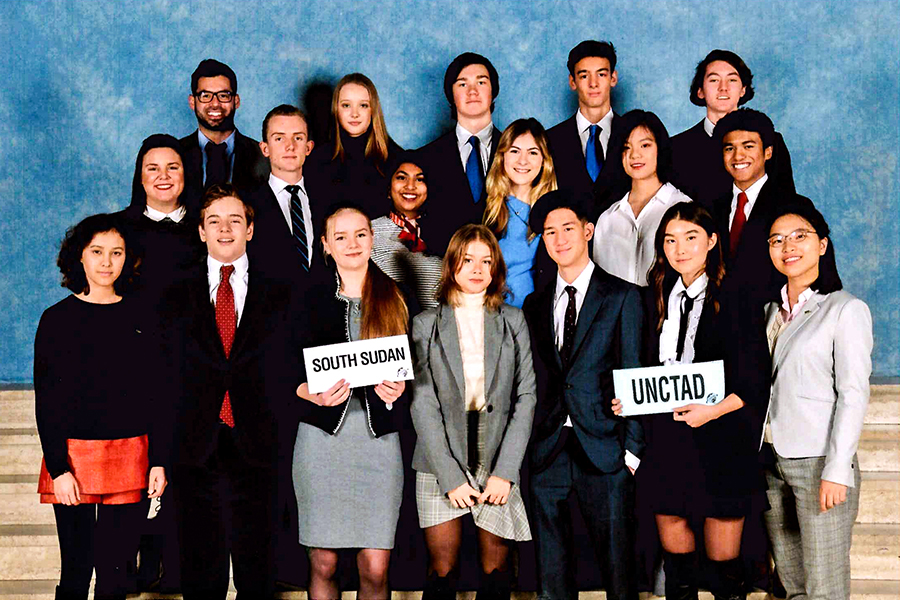 Hard work opens doors and shows the world that you are serious about being one of those rare and special human beings that uses the fullness of their talents for the highest and the very best.

I am one of the fortunate people who has been provided an opportunity to open new doors. The Model UN program at TASIS has opened a world I only dreamed of seeing, a world of diplomacy and the United Nations—an aspiration of any International Relations enthusiast.

Model United Nations is a program that provides TASIS students a life-changing learning experience. This program introduces students to the global issues at hand and teaches them to find solutions while developing skills as paramount and practical as leadership, public speaking, communication, negotiation, cooperation, writing, and, most importantly, confidence. With more than 3,000 students at the conference from schools worldwide, MUN shapes aspiring leaders through a unique interactive learning approach.

Throughout my experience at the conference, my command and articulation of the political vernacular improved immensely. In just the first day, I could feel my vocabulary broaden as I adapted my thoughts to the program’s characteristically formal language. Over the course of the week, I began to leave my comfort zone and overcome my diffidence as I continued to meet new people and make new connections. The community was so welcoming that it was almost impossible not to make friends. Together, we discovered new ways to form persuasive arguments, thus enhancing my debate skills. I’ve learned, for instance, to negotiate and find new diplomatic approaches to solve problems. And as I watched my peers passionately defend their opinions and resolutions, I eventually began doing the same, and so I began to rid myself of stage fright. Ultimately, I became more aware of the world surrounding me and was inspired to make a difference. 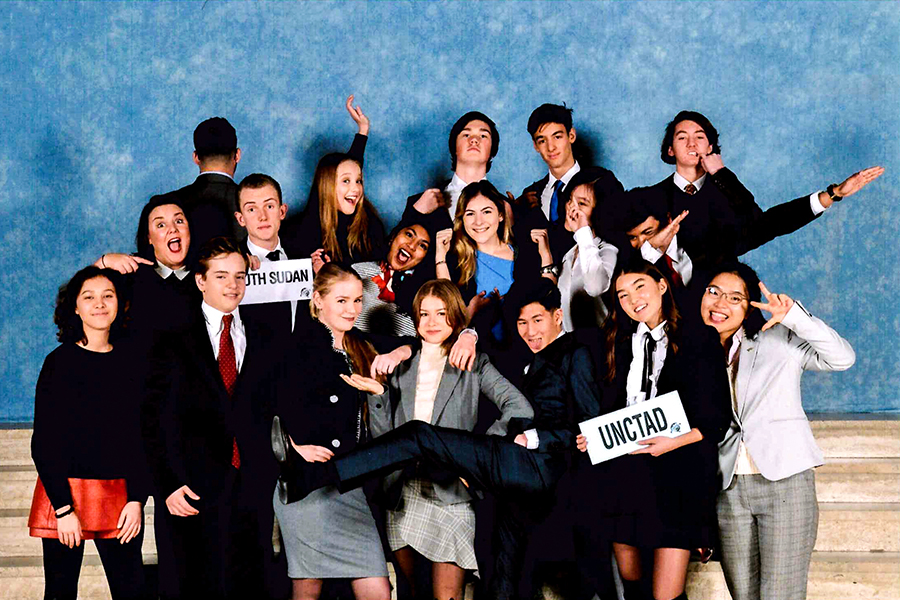 The delegates can’t always be serious.

Nevertheless, as a novice, I knew very little of the Model UN nor of the transformative adventure that it could provide. I had merely heard that students in a small group would explore world issues and debate them. And so I decided to try out for the team in an attempt to eliminate my stage fright and learn more about international relations. I soon realized, however, that I had greatly underestimated the scope and benefit of the program as I discovered more about the conference in the Netherlands, which is a simulation of those that are held at the real United Nations. Seventeen-year-olds (students my age!) were secretary generals and even presidents of important committees on the the topics of human rights, environmental protection, economic and social security, and many more that encompass a variety of specific issues. Some students acted as chairs of these committees, and most, like me, were the committees’ delegates and represented hundreds of different countries. (I was to represent the delegation of South Sudan.)

For these reasons and more, the advent of this week-long simulation of the UN both excited and horrified me. Not only was I terrified at the prospect of having to speak in front of complete strangers (not to mention argue with them), I was certainly not excited to miss a week of school during my first year of the IB. Missing a week of school for this conference would require a lot of commitment and dedication to perform well at THIMUN and keep up with the homework I would miss while away. But I was too passionate about the topic of education expansion to turn back from this opportunity. My task was challenging but worth every minute of my time because this opportunity gave me a better sense of appreciation for what can and is being done to solve global issues.

I now understand that being in Model UN isn’t only a privilege, it is a responsibility that requires ambition, enthusiasm, and curiosity. Even though it is challenging, it is a rewarding experience that I will remember for the rest of my life.

As we enjoy the holiday season and hope for the best in the new year, we take a moment to look back at some of the many highlights from the past 12 months at TASIS.

Students in grades Pre-Kindergarten through five performed beautifully at the annual Elementary School Christmas Concert in the Palestra on the afternoon of December 17. Watch the full concert, see photos, and learn who was involved in this year’s performance.

Read More about Presenting the 2021 TASIS Elementary School Christmas Concert
What Is the One Thing You Try To Accomplish in Every Class?
Dec 13 2021

Eight Khan-Page Master Teacher Award recipients answered this question at a dinner hosted by Headmaster Christopher Nikoloff and Chairman of the Board Lynn Fleming Aeschliman in Casa Fleming on the evening of December 3. See their responses.

Read More about What Is the One Thing You Try To Accomplish in Every Class?
Books and Stories
Dec 12 2021

TASIS Foundation Board member and distinguished educator, literary critic, and scholar Dr. Michael D. Aeschliman explains why he recently chose to hand-deliver an 1896 edition of Washington Irving’s The Alhambra (1832) to the TASIS Portugal Library.

Read More about Books and Stories
Powered by Finalsite