The Mission Morocco Global Service Program group focuses specifically on assisting those populations on the fringes of society who are often marginalized. For eight days each February, students travel to Morocco to work with underprivileged or abandoned children and their mothers through the Hayati Foundation. Through exposure to additional NGOs, students seek to understand and improve women's rights, children's rights, access to education, and opportunity.

Lauren Riba ’19 was one of 17 students to travel to Morocco this year. In the thoughtful article below, she examines the differences between preparing for a Global Service Program trip from afar and experiencing the actual destination. 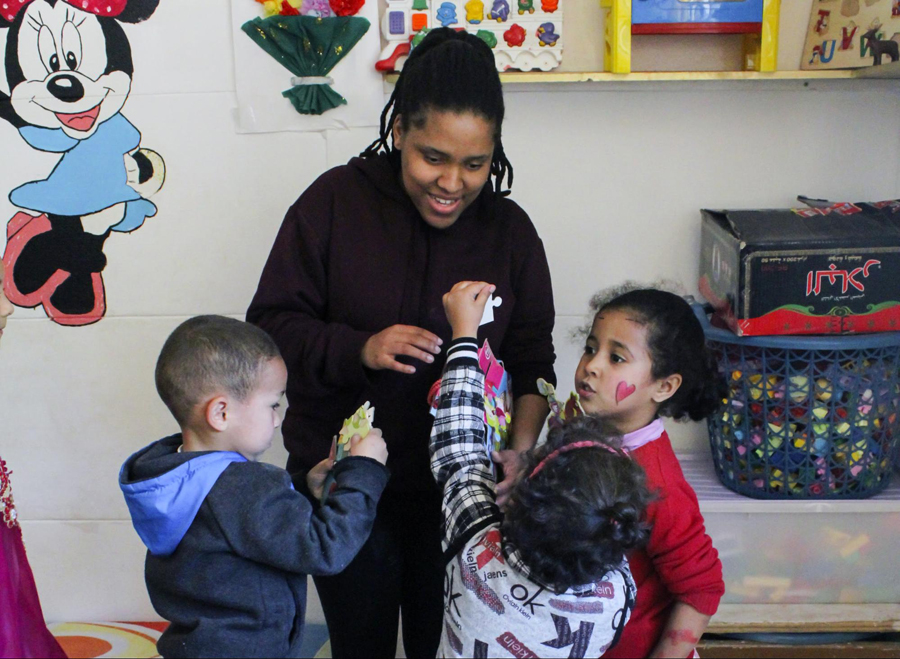 Prior to going to Morocco, I attended several Service Learning meetings where I learned more about Moroccan culture and Hayati, the organization we were going to work with. Each week my vision of what Hayati was going to be like began to form. Many of the things I expected were incorrect, but not always in a negative way. Below are four examples.

Expectation: We’d find a terrible infrastructure that would require a lot of money to improve.

Reality: Even though the three Hayati facilities we visited were not all equally as modern and well-kept, overall they were better than I expected—especially the second facility we visited. It had big, spacious classrooms, functioning toilets, and a kitchen that contained a washer and dryer. There was also a garden that allowed the kids to spend time outside the classroom. Many of us compared it to any good daycare found in the countries we were from. 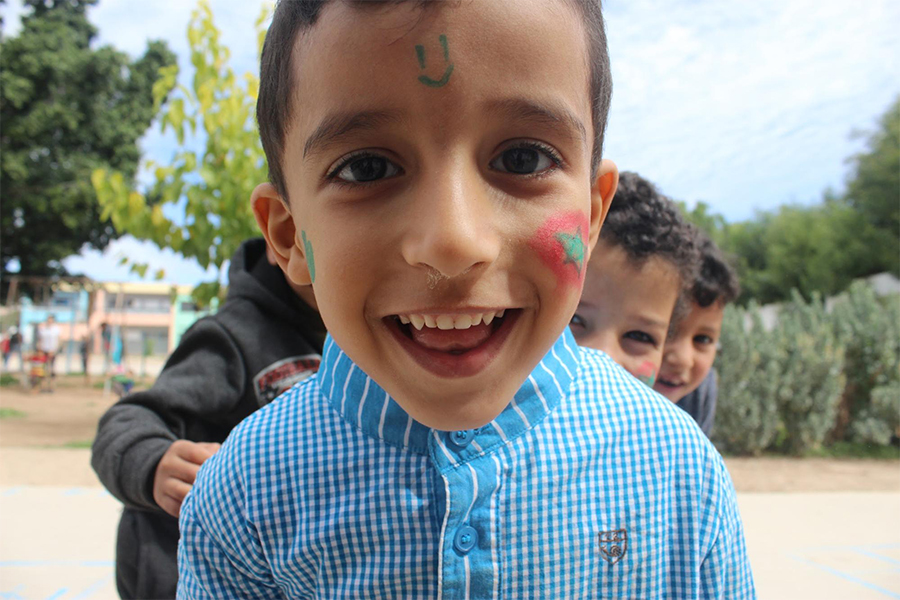 Expectation: Hayati needed our money to buy school supplies, feed the children, and support the mothers.

Reality: The school was fully equipped with school supplies and provided the children with three meals a day. The real issue was that Hayati had been struggling to pay the teachers’ salaries for some time due to a lack of donations. So we decided to use the money we donated to pay the teachers, who were not even being paid minimum wage. In addition to teaching, they cooked the meals and cleaned the classrooms. A typical day lasted around 11 hours, and sometimes more, if the children had to sleep at school.

Expectation: The money we had raised would make a big impact.

Reality: We realized that the €20,000 spent on us just being able to get to Morocco, eat, and stay in hotels could have made more of an impact than the €1,500 we had raised. The money could have paid for nearly half of the yearly salaries for 17 teachers, which amounts to approximately €43,000 per year. The question then became: Would it be better to just not go on the trip and instead donate the €20,000? In the end, most of us decided that going on the trip was a valuable educational experience that opened our eyes to how hard others had to work to live such a basic lifestyle. As a result, we decided that we would create a GoFundMe page and try to raise as much money as we had spent. To donate, please visit our page. 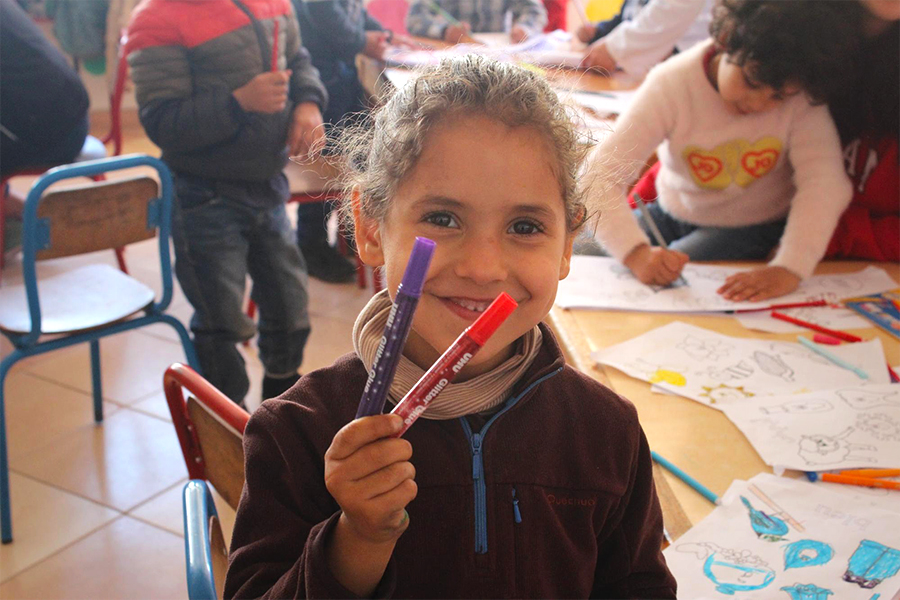 Expectation: Once I had seen the condition of the Hayati daycares, I expected the children's homes to be of the same condition. I thought they would at least consist of two rooms, a kitchen, and a bathroom that the one family would share.

Reality: On the second-to-last day we were invited to visit a home of a Hayati student. It consisted of one room that functioned as a kitchen, dining room, living room, and bedroom for a mother and her four children. This family also shared a bathroom with 25 other people who lived on that floor.

At the beginning of the trip, I didn’t understand why we had come to spend time with the kids for our service learning. We were not teaching them anything and took time away from the teachers’ lessons to play with the kids. At first I believed that our time would have been better spent raising money and awareness in our own community. However, I now realize that it is important for us to go and physically see who we are helping. I saw how the teachers willingly loved the children as if they were being paid millions of dollars. The unconditional love being showered onto the children by their teachers, while the bond is still kept between mother and child, is why I believe Hayati is an organization worth supporting. 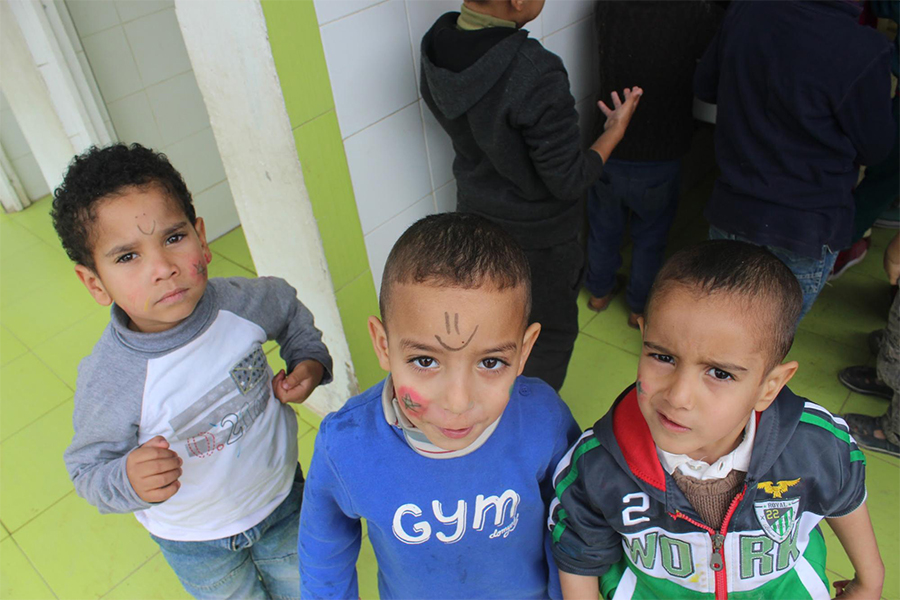 All photos taken by Mina Hong ’18. See more on the TASIS SmugMug page.