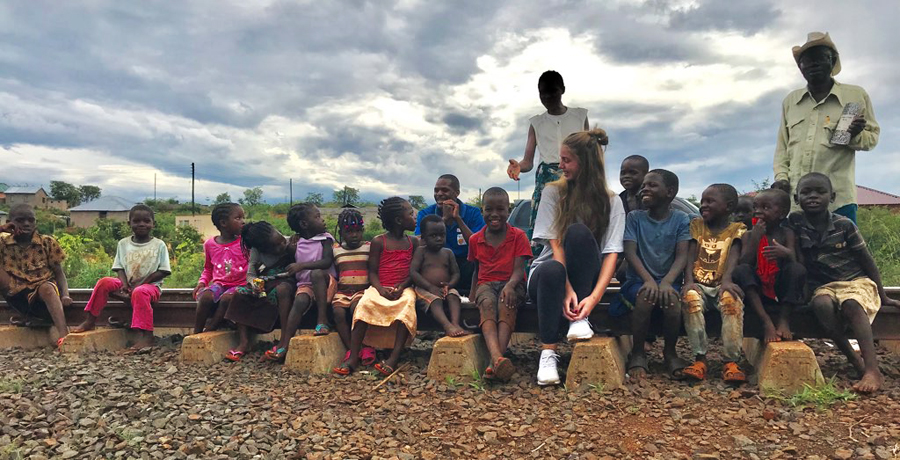 Over this year’s winter holiday, TASIS senior Camilla Redmond Costa traveled to Zambia to continue the work she started as part of the Serving Southern Africa Global Service Program group her junior year. Last year marked the first time she was part of a “global” Service Learning group—her previous groups providing local service. Camilla’s first global service trip was a very exciting experience, as she had the opportunity to travel to a place she had never been. “I was very interested in this Service Learning group because I got to learn about a different culture—Zambian—and I also learned a lot about the importance of service,” she said.

While confronting stereotypes about life in Africa and its people, students in the Serving Southern Africa group learn about the challenges of development and economic growth in rural Africa before traveling to Zambia and Botswana for two weeks each spring. While there, they provide assistance in rural and urban communities—building homes for homeless women and children, helping the elderly, volunteering at the local preschool, helping with the provision of medication at a local hospital, planting trees, holding art workshops for street children, and transforming the community through service.

The group also works closely with the Life Begins Project, which was created by Lynne Mendelsohn in 2007. The project’s goal is to provide children with “as good a start in life as possible, to open up to them new opportunities, to improve their self-esteem, and to enable them to become confident, independent adults with the means to look after themselves.” 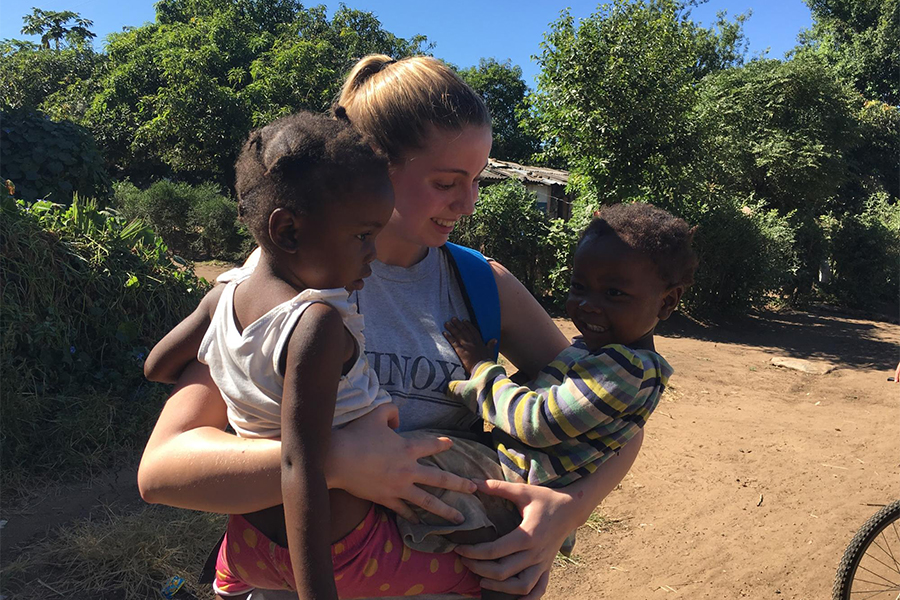 Camilla recounted her first trip to Zambia, a two-week journey with TASIS in April 2017, as follows: 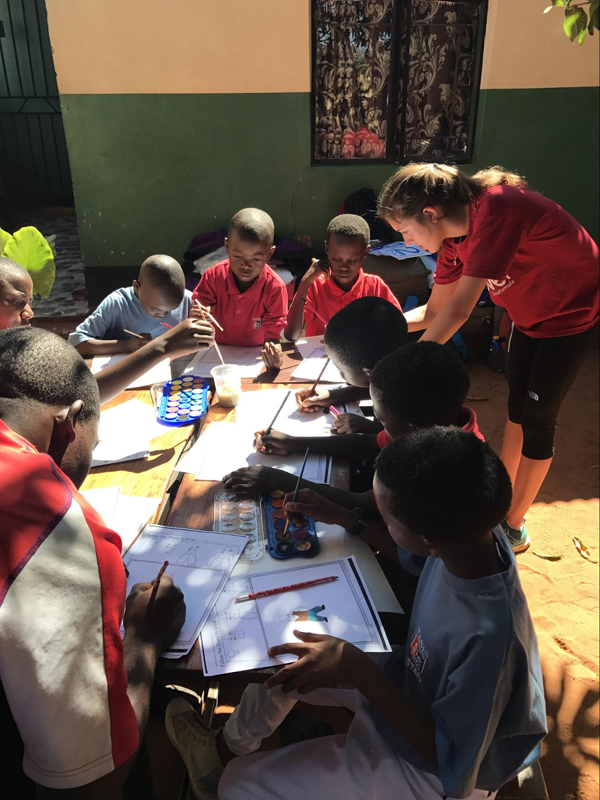 The way Camilla felt once she returned home led her down a path that culminated in a return trip to Zambia this December. “When I first came back, I was very emotional because I’m very sensitive to experiences like this one,” she said. She always knew she was very fortunate to be who and where she was, but the trip to Zambia intensified these feelings. “I know there are people all over the world who aren’t as lucky and haven’t had the opportunities I’ve had,” she remarked. “But this was the first time I witnessed the difference first-hand.”

Camilla confesses that it was very overwhelming in the beginning, but as soon as she got back from the service trip, she knew she wanted to make a change and do something more. She started by raising funds for a group that desperately needed them.

“The first thing I did was set up a GoFundMe page, where I raised money for the Life Begins Project, as I hold the values of the project very dear to my heart,” she said. “I was able to raise $1200, which helped send a lot of kids to school.”

But the young philanthropist did not stop at that: “After that success, I thought, ‘There must be something more I can do than just raise money. Everyone can raise money, but to really make a difference you need to be there and do something.’”

Upon returning to school this year, Camilla further demonstrated her commitment to global service by signing up to be a student leader for the Serving Southern Africa group. “She has proven to be perfectly suited to this position,” said Mara Bernasconi, who serves as the group’s faculty leader along with Howard Stickley and Martino Stickley. “In fact, she is always proactive and full of ideas.” 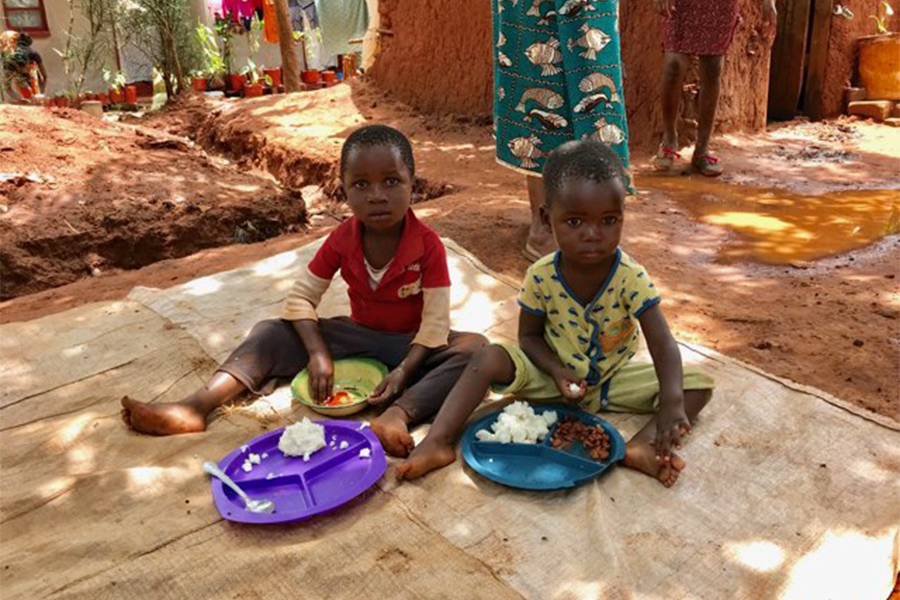 Camilla soon asked her parents for permission to return to Zambia. “They were skeptical in the beginning, as I would be traveling to Africa alone, and it could be dangerous,” she said. “But I was sure I wanted to do something to make a difference. I wanted to go back and do more, see more—do everything I couldn’t do with the School, as during that trip we were on a certain schedule.”

Camilla was able to persuade her parents to let her go for 10 days in December, and she made plans to stay in the Zig-Zag with Lynne Mendelsohn. The faculty leaders of the Serving Southern Africa group were pleasantly surprised when they learned of Camilla’s intentions.

“Camilla was very much committed and emotionally involved during the TASIS trip to Zambia and Botswana last year,” said Ms. Bernasconi. “However, when she told Mr. Stickley and me that she was planning on traveling again and on her own before the Christmas holiday, we were quite surprised. Students do sometimes ask to come on the trip a second time, but this is the first time that a student has taken the initiative to plan her own independent trip. This was a brave decision and she deserves a great deal of kudos.”

It did not take Camilla long to realize that her decision to return was a good one.

“It was very different this time,” she said. “It was less structured, so I was able to go to the village, talk to lots of people, and listen to their stories. It was very hard to hear some stories, as they were very sad. In fact, I cried every night when I got back. I was so overwhelmed. But to me it was very important, as I got to speak more with the people living there, and I was learning about them from them. I think communicating with local people is very important, as not only do you learn from them, but you also don’t really understand what they’re going through until you take the time to listen. If someone else tells you, it’s not as impactful as hearing it first-hand.”

Camilla had many new experiences, including working with an animal rescue NGO called Livingstone Animal Protection Society (LAPS). “We went to villages and saw donkeys bleeding, with cuts and sores. We were trying to raise money to improve the carts that are used on the donkeys because the ones that are currently used are very heavy and are responsible for the horrifying conditions of the donkeys.” 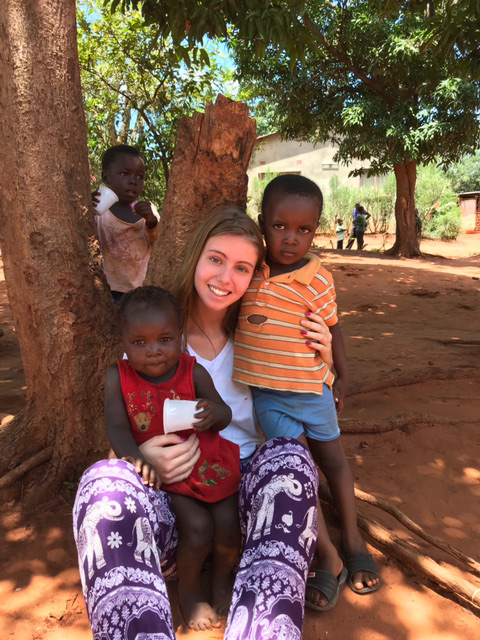 Camilla’s favorite day was the last day, Christmas Eve, when she helped distribute food to one of the villages. “There were 160 people, and we made packages with rice, cooking oil, nashima, vegetables, cream, and so many other things that we wrapped like presents and handed out to the people,” she said. “It was so nice seeing all the kids with their grandparents—everyone so happy and appreciative of this small act. I think that’s just the best feeling—seeing their smiles and how happy they were with what little they had.”

Camilla is grateful for the opportunity to make a second trip to Zambia, and she shared her experiences with the rest of the Serving Southern Africa group upon her return. “She made a very nice and touching presentation of her trip to the students in our group,” said Ms. Bernasconi. “They were entranced. I can tell the class felt her emotions as well as her true involvement in what she experienced.”

Camilla plans to keep in touch with Lynne Mendelsohn and explore new initiatives in the future. She hopes her actions will encourage other TASIS students to build upon their experiences in the Global Service Program.

“I really hope that what I have done inspires people to put in additional effort because even though what we do through TASIS is great, sometimes we need to take another step and do more,” she said.

“I have great respect for Camilla as a person and in the way she is an example to other students in terms of what is the real meaning of service learning,” concluded Ms. Bernasconi. “TASIS gives students the opportunity to serve and learn. TASIS plants a seed, but it's up to each individual to nourish and encourage it to grow. Well done, Camilla!”