From Afghanistan to Venezuela: 61 Nations Represented in TASIS Parade of Flags
Feb 12 2019 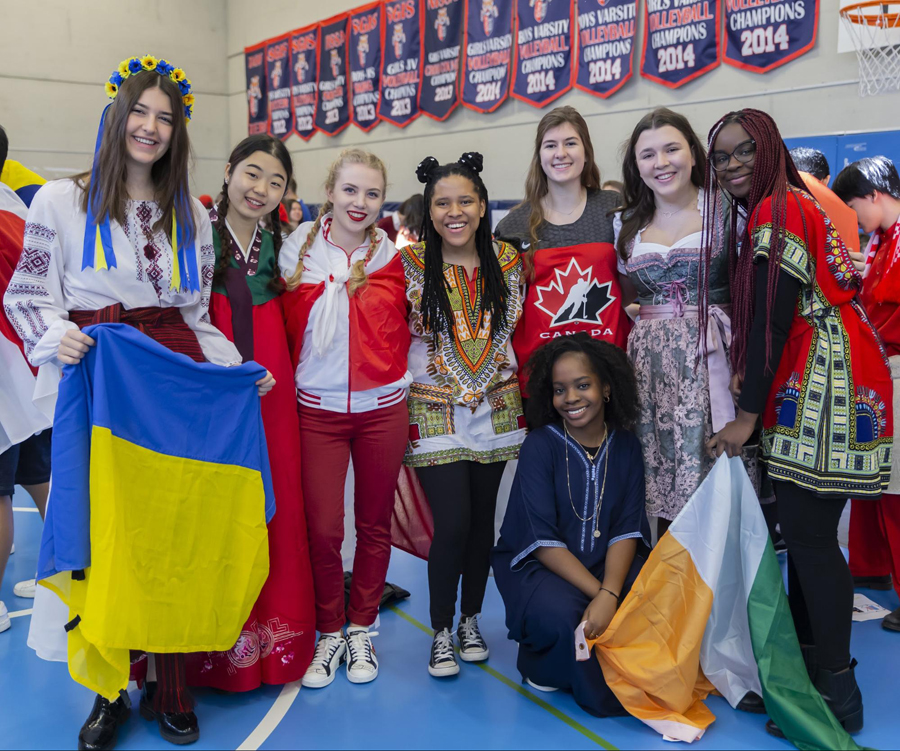 TASIS The American School in Switzerland Headmaster Mr. Christopher Nikoloff kicked off the 2019 edition of International Week—a treasured school tradition—by reciting the inspirational words Founder M. Crist Fleming wrote in a letter to alumni in 2001: “I want to believe as I age that the dynamic of TASIS will go on forever—that it will continue to bring young people of the world together with a shared vision that the world is really one big family, that no matter what our color, race, or creed, we are all part of the human species, we are all human beings. All we need to bring us together is education, education to give us freedom from poverty, disease, and war. It sounds like a tall order but through education it can be achieved, and TASIS must take the lead.”

“I would like to say to you today that you are the community that Mrs. Fleming envisioned,” continued Mr. Nikoloff. “You are the dynamic that she wished would go on forever, bringing together young people from around the world to share in the common values that we have as humans—such as those described over our library [Verum. Bonum. Pulchrum.]—together with a common goal of improving the world through education through a focus on bettering ourselves so that we may bring good to the world.” Mr. Nikoloff concluded his opening remarks by describing International Week as both a celebration and an affirmation of the values Mrs. Fleming held so dear.

Mr. Nikoloff then yielded the podium to Cristina Estevez ’19 and Eduardo Vasino ’24, who signaled to the flag bearers from Afghanistan that it was time for the 2019 Parade of Flags to begin. The 60-nation march concluded 16 raucous minutes later when the lively Venezuelan contingent reached the finish line.

The ceremony continued with a superb dance routine performed by members of the Sweet November Dance Company and the Varsity Cheer team, who were led by Ms. Julie Frazier-Smith, Ms. Borana Sarcevic, and Ms. Natalie Philpot. The lyrics to Dequine’s “Vyshe” were sung by Dayana Akhanova ’19 and Sofya Rappoport ’22.

Mr. Nikoloff closed down the Opening Ceremony by thanking the many students and staff members who worked together to make it such a success (including International Week Coordinator Eleonora Pinton) and reminding students to keep all celebrations throughout the week positive, supportive, and inclusive. He then invited the flag bearers to enjoy one last march—this time from Venezuela to Afghanistan.