TASIS was honored to welcome the families of Middle School and High School students to campus October 12–13 for the School’s annual Family Weekend celebration. We review the weekend by offering a look at 12 powerful moments captured by School Photographer Kim Nelson (with some assistance from Webmaster Brendan Shea). 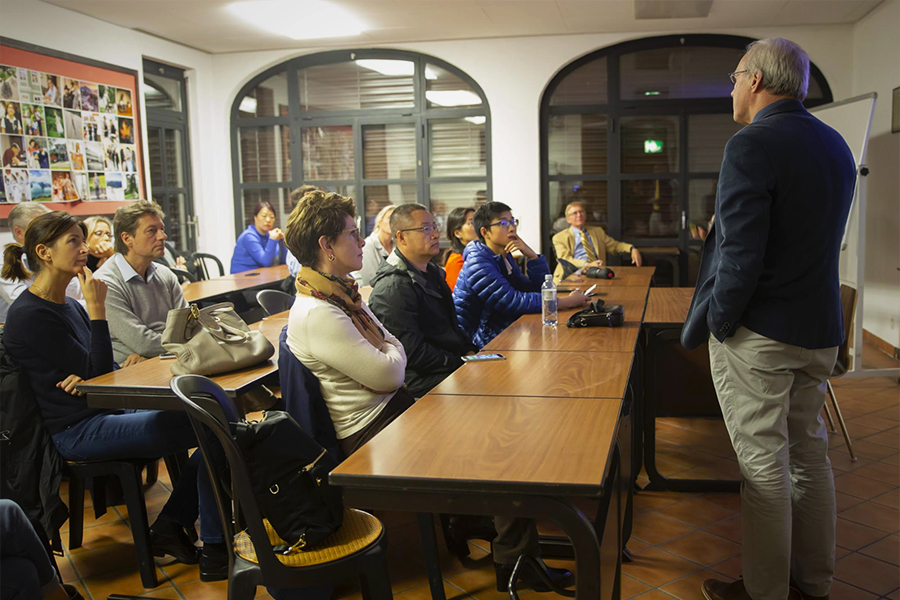 Though Family Weekend didn’t technically start until the morning of Friday, October 12, the College Counseling Office took advantage of the fact that many parents of boarding students would be in town by organizing a program for 10th-grade students and their parents on the evening of October 11. This informal event was designed to help parents understand the overall college planning process and college counseling support and resources provided by TASIS. With help from AP Coordinator Peter Locke, the counselors—Mr. Howard Stickley, Mr. Greg Birk, and Ms. Carroll Birk—also explained the various curriculum choices available to TASIS students as they look ahead to grade 11. 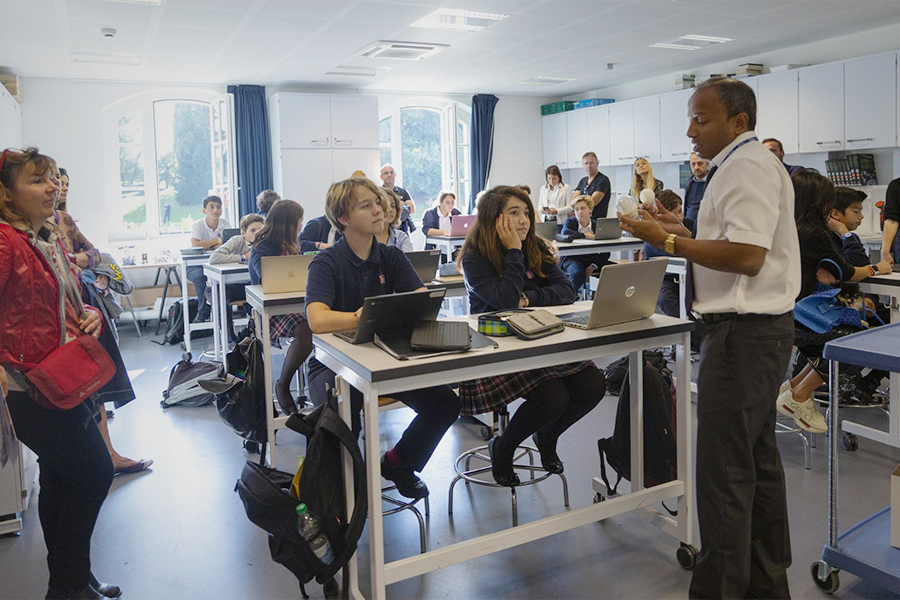 Friday offered parents an opportunity to visit their children’s classes. A special schedule consisting of eight 30-minute class periods ensured that visitors could have a look at all core and elective classes.

Everyone took a break from the classroom to report to the (extremely packed) Palestra for an uplifting assembly that included opening remarks from Headmaster Christopher Nikoloff, two excellent speeches from students, and several outstanding musical performances by students from all three divisions. The assembly concluded with a surprise medley from the TASIS Faculty and Staff Band that featured Mr. Nikoloff on drums! (The full assembly can be viewed above.) 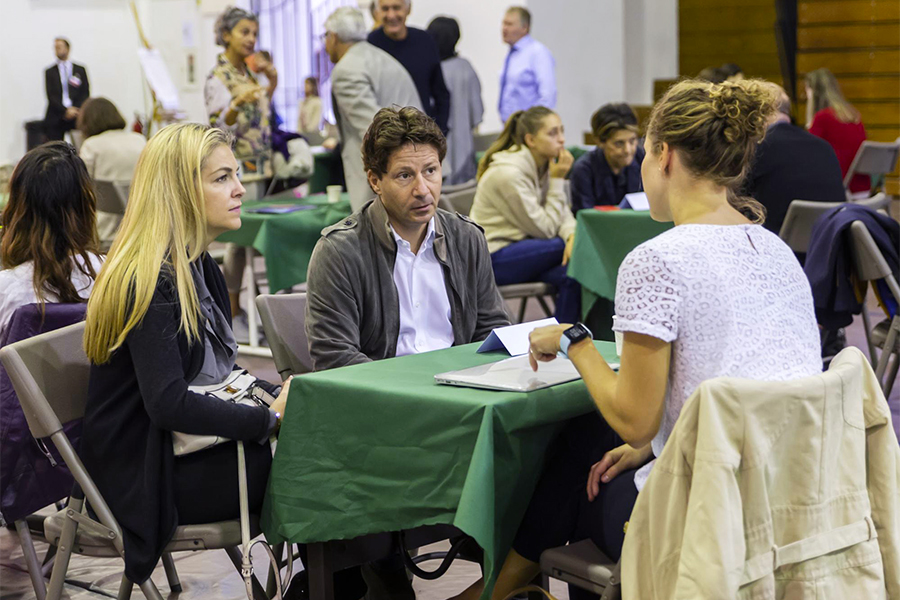 Parent-teacher conferences kicked off in the (transformed) Palestra on Friday afternoon and resumed on Saturday morning. Several hundred parents took advantage of the opportunity to check in with their children’s teachers. 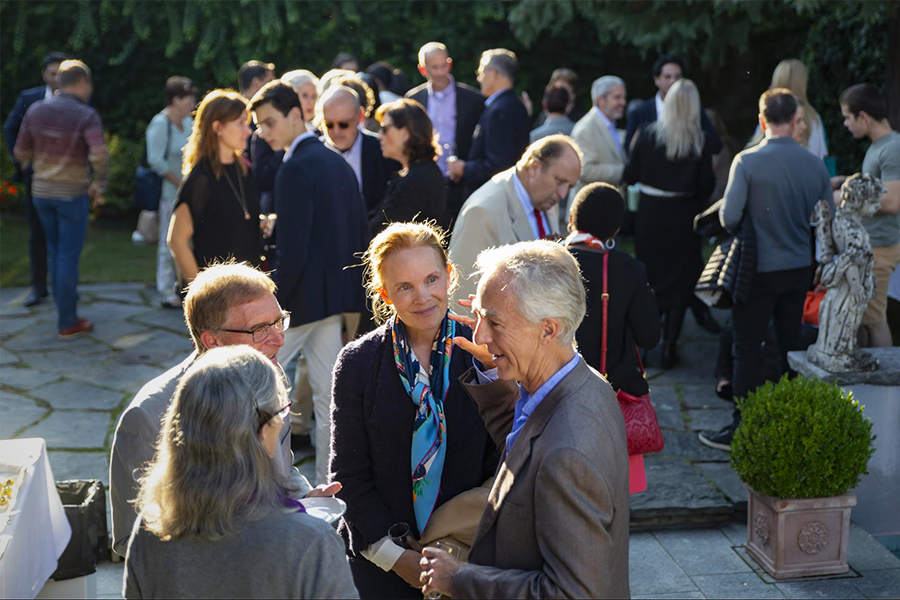 The garden of the historic Casa Fleming—once the home of Founder M. Crist Fleming and her family—was the setting for a lovely Parent Reception late Friday afternoon. Parents (and in many cases their children) conversed with administrators, faculty members, and one another while enjoying a catered aperitivo.

Early Saturday afternoon in the Palmer Center, Ms. Valerie Bijur Carlson’s IB Theatre students presented a theatrical performance in which they explored verbatim (or documentary) theater by using the real words of real people gathered primarily through interviews or court transcripts to investigate events, ideas, and attitudes. (Watch the full performance above.) The audience was then invited to stay for an open rehearsal of antigone/CAESAR, this year’s High School Fall Play. 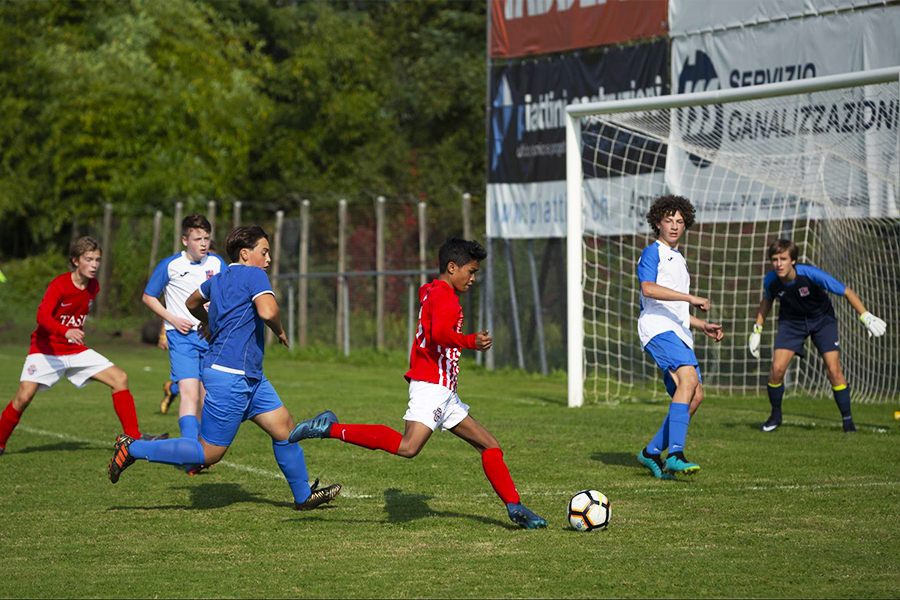 The rest of Saturday afternoon was dominated by sports, as the American School of Milan (ASM) came to town for contests against the boys and girls soccer and volleyball teams. Coach Fabrizio De Gregorio’s Junior Varsity Boys Soccer played hard but suffered a tough loss to ASM in the afternoon’s opener. 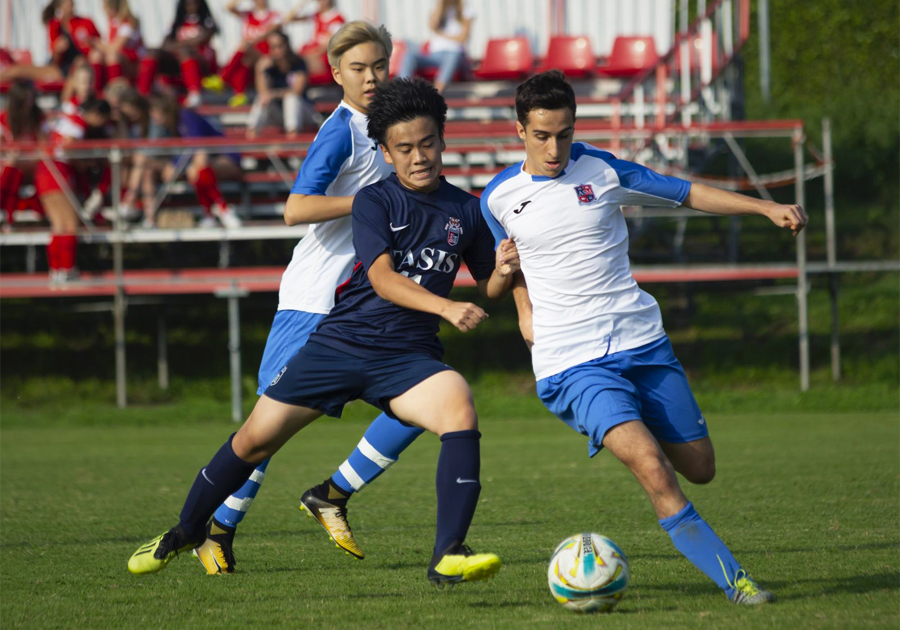 Coach Alex Zanecchia’s Varsity squad put TASIS in the winning column by capturing a dramatic 2-1 win over its rival just two weeks after settling for a draw in Milan. 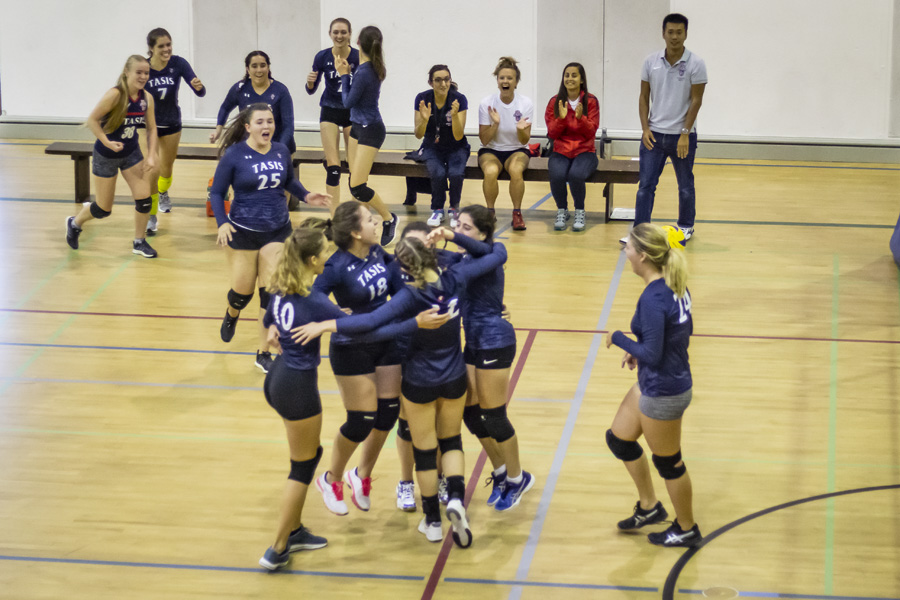 The Varsity Girls Volleyball team overcame a sluggish start to defeat the Lady Panthers in a thrilling three-set match (9-25, 25-12, and 20-18) that ended with what Coach Masa Yo described as “one of the most intense sets in recent history.” 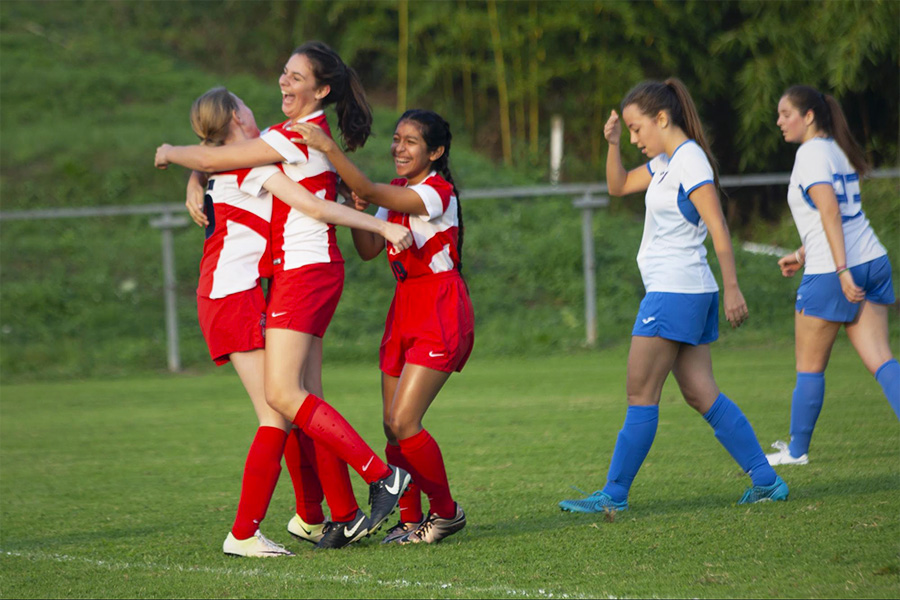 The Varsity Girls Soccer team delivered Coach Matt Walker a convincing 2-0 win over ASM in one of the team’s final tuneups before it embarks upon a daunting November slate that will include three major tournaments. 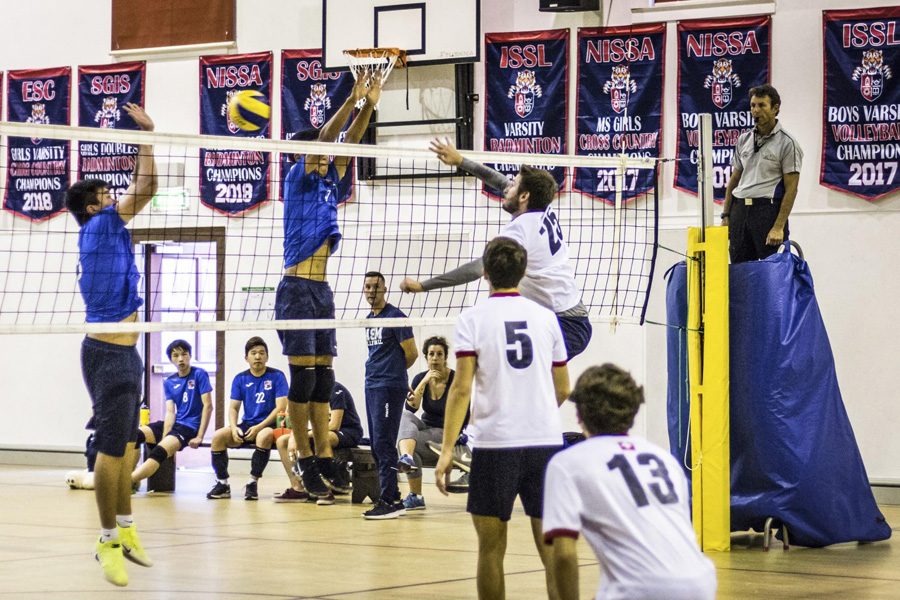 Coach Brendan Shea’s Varsity Boys Volleyball team closed out the afternoon slate by sweeping ASM 25-6 and 25-13 to secure its sixth straight victory. The well-balanced Tiger squad appears to be well-positioned to continue the program’s recent run of success in major tournaments. 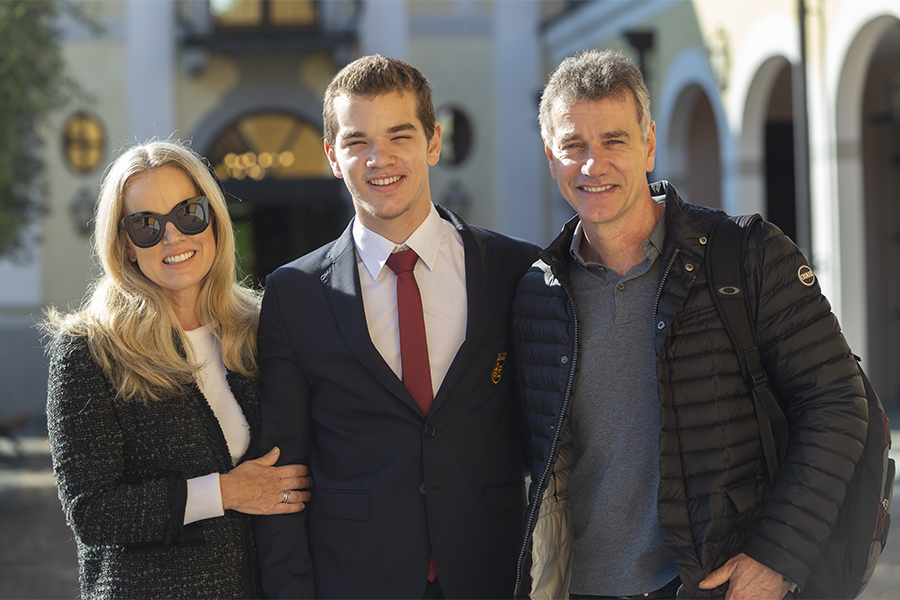 In between classes, assemblies, conferences, receptions, and athletic contests, families enjoyed some quiet time on campus and soaked in the perfect fall weather.