Can you please describe your educational background and your career in education?
Mr. Grimm went to a small high school in the farming country of the United States and then proceeded to go to an even smaller university to get his degree in Chemistry, Physics, and Mathematics. He completed all these tasks in order to become a teacher. His teaching career started right after university and has now spanned more than 30 years. He taught in the state of Iowa for three years, went to Japan for four years, came back to Iowa for five more years, came to TASIS for the first time, went to New Zealand for 11 years, and then came back to TASIS.

What is your teaching philosophy in a nutshell?
Mr. Grimm believes that every student has the capability of becoming better at learning and thinking. He explains, “It is not just memorizing equations—it is more than that. They are learning how to learn, how to figure things out.” Mr. Grimm firmly believes that education in school is not only based on rules and learning techniques. His philosophy is that what school is doing besides teaching the required material is educating students on a deeper level—helping them grow mentally and independently.

What else are you involved with at TASIS?
Mr. Grimm works with students in the High School’s academic help centers. In previous years, he coached varsity basketball and rec basketball, sang in the Faculty Choir, and served as a dorm parent.

What do you like most about working at TASIS?
Mr. Grimm says with no doubt in his mind: the internationalism. The diversity and the fact that so many cultures and languages from all over the world melt together and form this unique community is something he is proud to be a part of. This is also why Mr. Grimm traveled so much throughout his past—to chase something that involves the unusual side of the world, to experience different cultures and mix them all together to find balance, and to ultimately have an open-minded perspective on how different but close we are.

Would you like to talk a little bit about your family background?
Mr. Grimm is the oldest out of his siblings, with one younger brother and one younger sister. Both of them have very good jobs: one works with the internet and one is a surgeon. He defines his family as ordinary—“nothing overwhelmingly special.”

What is something you are proud to share?
Mr. Grimm says he is proud of the fact that he has done a lot of traveling himself, has taught in many different schools, and has experienced a lot of different people and cultures, and he thinks this makes him a little better at relating to the diversity we have at TASIS. He can reach out to people who are struggling since he has had experience all around the globe and has observed people in a lot of cultures. He finds it easy to relate to those who are having a difficult time adjusting to a new situation.

Did you face any struggles throughout your career? Were you ever tempted to quit?
Mr. Grimm wisely observes that struggles emerge in any career—they are inevitable and the only thing that people need to keep in mind is to be strong and to not let emotions bias them. He notes, “When I get to that point where I feel like I don’t want to do this anymore, it is not usually the job but the place.” This is why he has traveled so much: when he feels like his mindset is shifting to the negative side, he moves to where he believes happiness and stability are waiting for him. He further explains that people tend to rely on emotions most of the time, and that is what causes them to make impulsive decisions out of the apex of a certain feeling. This is why he believes that every situation needs to be evaluated with an objective point of view in order to avoid regret later. 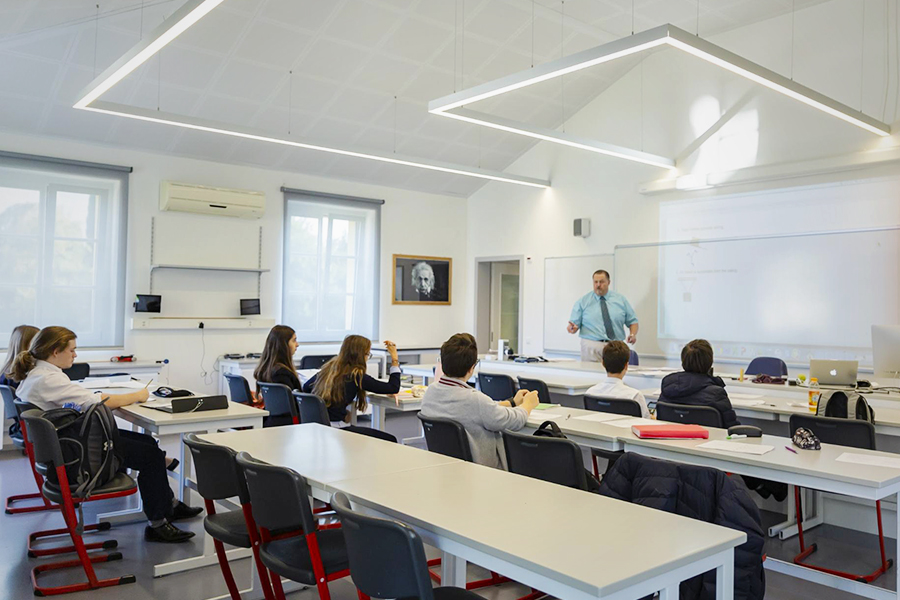 Why did you come back to TASIS?
Mr. Grimm replies firmly, “For variety.” He mentions that he saw himself with a strong possibility of retiring in New Zealand but decided that it was time to change up his routine once again. TASIS had an opening, so he seized the opportunity since his previous experience at the School had very much satisfied him. He is content with the decision he made to return.

What is your life motto?
“It is probably a combination of a couple things,” says Mr. Grimm. “One is not getting overly stressed out about anything because no matter what it is, it is probably either going to work out or it is out of your control. Another part is to not let things emotionally wreck you. Balance your emotional state—it’s the highs and lows that cause people a lot of problems.” Aside from emphasizing the importance of stability, Mr. Grimm’s life motto also incorporates his belief in the importance of travel and his fondness for the Latin phrase carpe diem. “Try to stay even, try to enjoy life, and live for the moment,” he says.

What do you do as a distraction?
Mr. Grimm enjoys reading books—especially the spy and mystery genres. One of his favorite series was written by Tom Clancy, an American writer, and another author he appreciates is John Connolly, an Irish writer. He also used to play golf but says that in Switzerland it is too expensive. In New Zealand, he played quite often.

How would you describe your life as a chemical reaction?
“An acid reacting with a carbonate, which cause bubbles and fizzes,” he says. “I would say my life has been filled with bubbles and fizzes, a lot of energy, traveling around all the time…but in the end, it comes around to be neutral.” He says he has had a lot of great moments alongside some more difficult memories, but in the end, he feels like he has had a good life, and that is why it all comes back to neutralization.