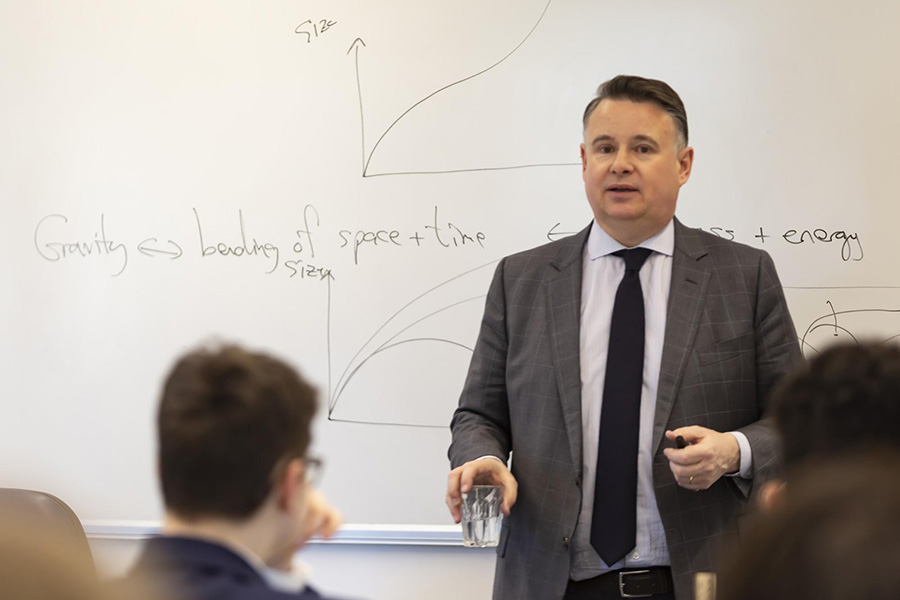 Distinguished theoretical physicist Dr. Mark Trodden closed out the 2018–2019 TASIS Speaker Series by delivering a stimulating talk about modern cosmology in the Palmer Center on the evening of March 20. Dr. Trodden also visited IB Physics classes earlier in the day and held a question-and-answer session for students in Casa Fleming following his presentation in the Palmer Center.


Dr. Trodden’s address, “Embracing the Dark Side: In Search of the Missing Pieces of the Cosmic Puzzle,” centered on the idea that for most of the last century, physicists pushed our understanding of the microscopic world down to ever-smaller sizes, splitting the atom to reveal its inner workings and making astonishing new discoveries, including most recently, the Higgs particle. At the same time, other scientists—astronomers—have continued to look to the skies for “the big picture” of the universe, peering beyond our galaxy and looking back to the beginning of time. They have discovered that the universe contains mysterious new entities—dark matter and dark energy—and that the Big Bang may have arisen through the dramatic expansion of cosmic inflation, about which we have gained crucial new knowledge in recent years. While addressing TASIS seniors and guests in the Palmer Center, Dr. Trodden provided a detailed look at how modern cosmology weaves together these seemingly distinct strands of knowledge, turning our telescopes into microscopes and allowing us to read the hitherto unknown dark side of the universe. (The full presentation can be viewed in the clip above.) 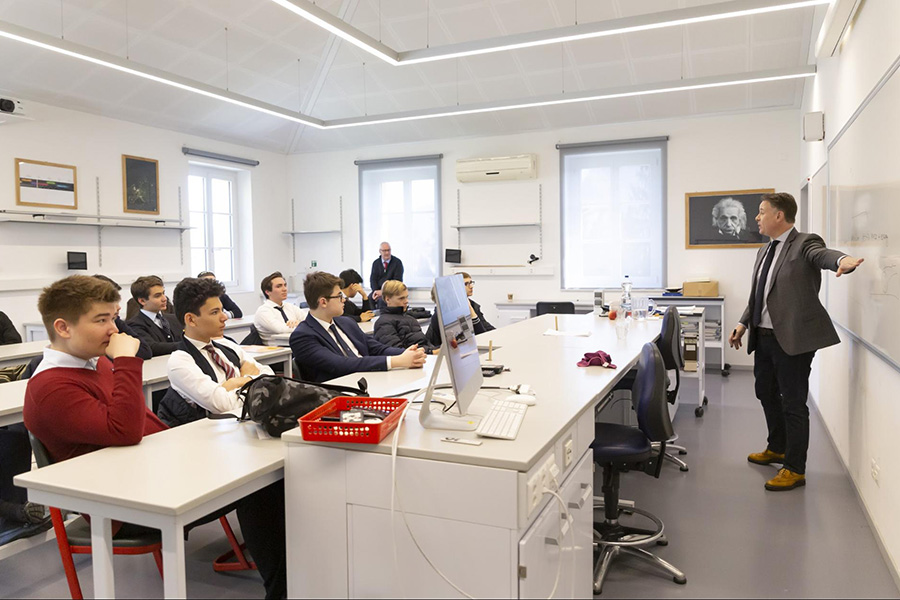 Students in Mr. Tim Hughes’s four IB Physics classes had the opportunity to engage with Dr. Trodden in the Campo Science Center throughout the day and took full advantage of this unique opportunity.

“Mark was a terrific visitor and presenter,” said High School English teacher and Associate Dean Mr. Peter Locke, who chairs the TASIS Speaker Series (TSS) Committee. “As an English teacher, my Physics and Cosmology is rusty at best, but Mark was really successful in taking incredibly complex topics and communicating them to our students clearly. With the exception of a few harrowing thoughts about the infinite nature of the universe, I immensely enjoyed his lecture and thought our students did as well.” 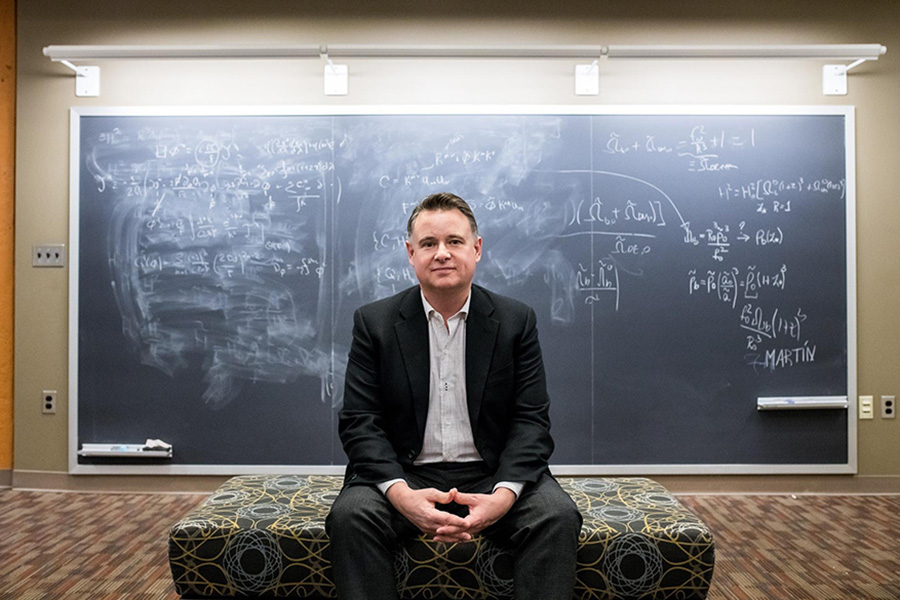 A theoretical physicist who has worked broadly in both cosmology and particle physics, Dr. Trodden is the Fay R. and Eugene L. Langberg Professor of Physics at the University of Pennsylvania. He is co-Director of the Center for Particle Cosmology and currently serves as the Chair of the Department of Physics and Astronomy.

Dr. Trodden holds an MA and a Certificate of Advanced Study in Mathematics from Cambridge University and an M.Sc. and a Ph.D. in Physics from Brown University. He previously held the Alumni Professorship at Syracuse University and has had visiting positions at Cornell University, the Kavli Institute for Theoretical Physics in Santa Barbara, and at the University of Melbourne, where he served as a Sir Thomas Lyle Fellow. Dr. Trodden is an elected Fellow of the American Physical Society, the American Association for the Advancement of Science, and of the Institute of Physics. He currently is a member of the US High Energy Physics Advisory Panel (HEPAP) and sits on the editorial boards of a number of leading journals in the field. 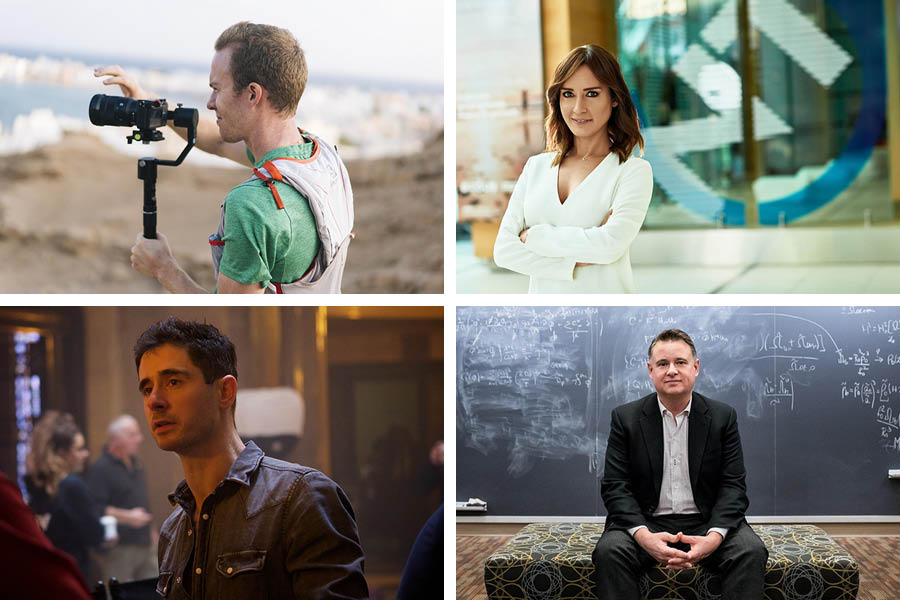 Dr. Trodden’s visit marks the conclusion of the highly successful 2018–2019 TASIS Speakers Series, which opened in October with emerging outdoor lifestyle filmmaker and photographer Milo Zanecchia ’08, whose presentation focused on his journey as a photographer and filmmaker. In November, award-winning newscaster Nazlı Çelik ’96 discussed her compelling journey, the significance of her time at TASIS, and her pioneering career as a female journalist in Turkey. Accomplished screenwriter, playwright, and producer Michael Lesslie discussed his writing philosophy and circuitous path to success in early February.

“We’re really proud of the success of the program this year,” said Mr. Locke, who will be chairing the committee for the last time. “Our speakers presented to our students a variety of possibilities for their own futures, keeping the values and principles they learn here alive in the world beyond TASIS. If just one student alters their trajectory in life, even in the slightest, as a result of this program, then we will certainly consider it a success.”