The Elephant in the Room

What do you get when you cross wanderlust, wildlife conservation, and the hippest drink around?

Tessa Wienker Gerlach ’05 and her partner Robin Gerlach spent time exploring the African continent, which introduced them to a variety of interesting botanicals and plants they hadn’t seen in Europe before. It also opened their eyes to the realities of elephant and rhino poaching. Charmed by the concept of “sundowner moments,” a daily sunset G&T after a day out in the African bush, Tessa and Robin had an idea.

The result is Elephant Gin, an award-winning spirit that tempts both the discerning drinker and the conservation enthusiast. Using botanicals sourced from Africa and Europe, the German-based company makes three types of gin: Elephant London Dry, Elephant Sloe, and Elephant Strength. For every full-size bottle sold, Elephant Gin donates 15% of profits to the Big Life Foundation and Space for Elephants. With each miniature bottle sold, 15% is donated to the David Sheldrick Wildlife Trust.

To date, Elephant Gin has donated more than EUR 350,000 to these partner foundations through sales and related fundraising events. Elephant Gin is sold in 18 countries, and we’ve even found it here in Lugano! Cheers!

Look out for an extensive article about Tessa and Elephant Gin in the 2018 edition of TASIS Today. 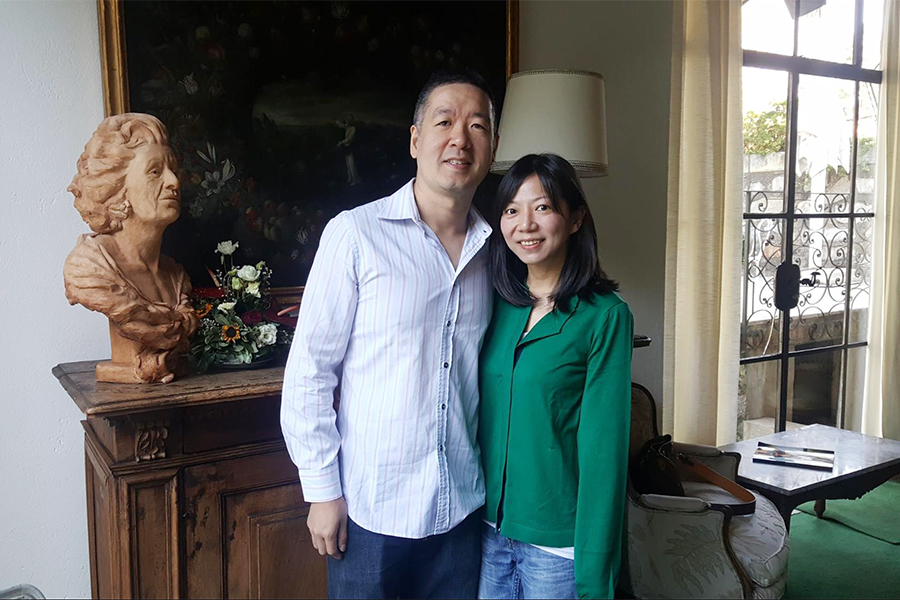 Buckingham Palace isn’t the only place where one becomes knighted. We congratulate Yu Chen Lin ’96 on her recent Barolo Knighthood, bestowed upon her by the L’Ordine dei Cavalieri del Tartufo e dei Vini di Alba for services to the promotion of Barolo wines and truffles. For the past five years, Yu Chen and Harris Ma ’95 have owned a wine bar in Taipei called Winebay, and Barolo wines are a customer favorite.

Yu Chen considers her time at TASIS to be the stepping stone that led her to where she is today. “When I first arrived at TASIS, I couldn’t even raise my hand in class,” she remembers. “TASIS provided me with the best time of my studying life. The In-Pros, weekend getaways with faculty members, ski trips, and (thanks to my prefect privileges) personal trips built my confidence and made me the responsible person I am today. I learned to be independent and to have faith in myself. Because of my years at TASIS, I learned I had a voice.” 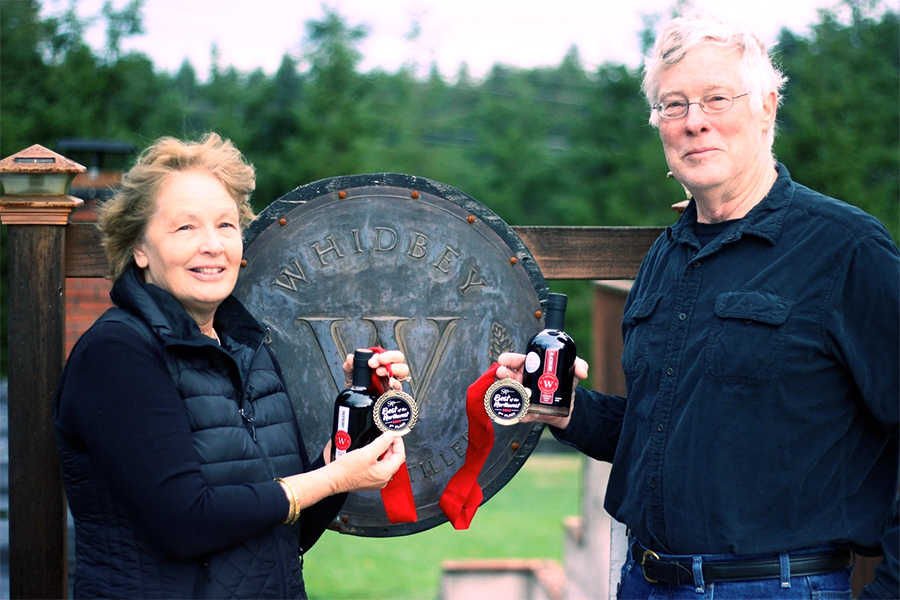 Back in 2014, we shared the story of a retirement dream featuring Steve Heising ’64. Steve was just over two years into achieving his dream of distilling whiskey from his home on Whidbey Island, Washington, just across Puget Sound from Seattle. His father had taught him how to distill in bathtubs during Steve’s childhood in Saudi Arabia, and on a whim he and his wife Bev decided to see if they could make it happen. At that point Steve and Bev had nearly mastered juggling licensing requirements, state and country approval, and finding a still that met their requirements (they didn’t—so Steve invented one!). Now, seven years on, the Whidbey Island Distillery is home of some of the highest-rated fruit liqueurs in the world, including blackberry, loganberry, raspberry, and boysenberry. Their Bunker Rye “whidskey”—named for the building where it is distilled—is flying off the shelves. “I started this as a serious retirement hobby,” Steve says, “but it is growing as fast as we can keep up!” 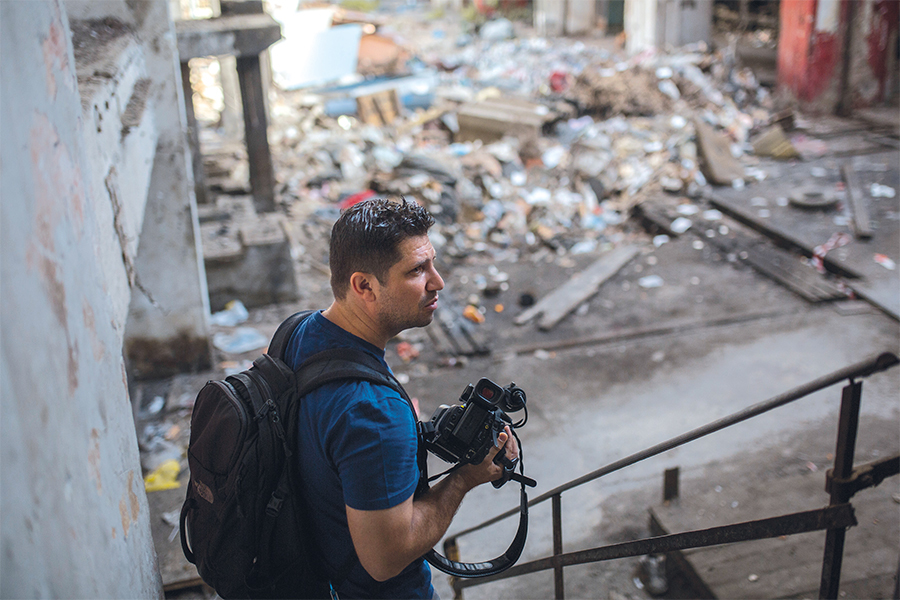 We caught up with TASIS Hellenic graduate Will Vassilopoulos ’92, featured in last year’s TASIS Today for his extraordinary award-winning film about the refugee crisis in his native Greece. He’s been on the front line of a few interesting world events, including being in Barcelona to cover the Catalonia crisis just before President of Catalonia Carles Puigdemont declared independence. But it’s interesting to note that he’s become a sought-after speaker, focusing on moral injury and covering the migrant crisis. This fall, he gave talks in Leipzig, Germany, at the European Centre for Press and Media Freedom conference and in London at the Frontline Club to coincide with the release of a moral injury study that included Will as a subject. He will head to Dakar, Senegal, in March to work as a trainer at the Spring School on Media and Migration and hopes to be a part of the International Journalism Festival in Perugia, Italy, this spring. “Pretty much I’ve been preaching what I practice,” Will told us! 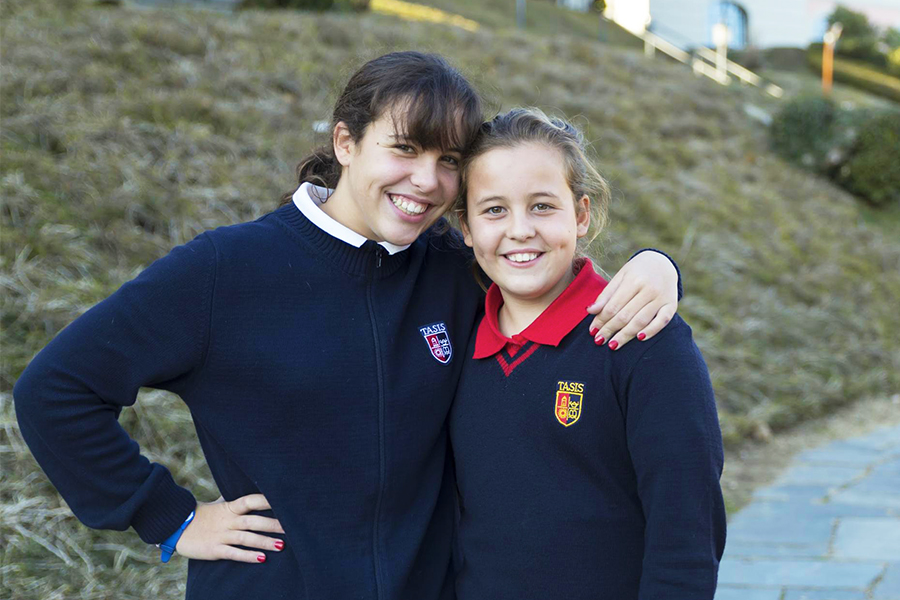 TASIS continues to attract alumni families! We welcome Giulia ’25 and Nina Mondin ’23, daughters of Ana Cristina de Attayde '99 and Riccardo Mondin '98, who are planning to settle in Lugano.