This edition of alumni notes focuses on recent creative achievements, from pottery to podcasting, Netflix to memoir writing. Please also note that if you are a TASIS alumnus or current parent, your 2019 edition of TASIS Today has either already arrived or is on the way. If you don't see it within the next week or two, please complete the Alumni Contact Information Update Form to ensure that we have your correct address on file.

Award-winning filmmaker Michele Josue ’97 has been creating interesting, important films for the better part of two decades. Her newest venture features the most unlikely of viral video stars: 1500 Filipino inmates dancing to Michael Jackson’s “Thriller.” Since 2007, nearly 60 million people have marveled at the grainy video of a flash mob of men in orange jumpsuits, and one of those viewers was Michele, who was so intrigued that she began investigating how on earth this happened.

The result is Happy Jail, a Netflix documentary that goes behind the scenes to learn about the Cebu Province Detention and Rehabilitation Center in the Philippines. The results are powerful as Michele chronicles the importance of community and resilience despite dire circumstances, and how everyone deserves dignity and respect. Read more about Michele’s process here. 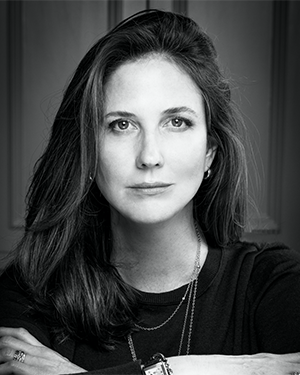 Congratulations to Ariana Neumann ’88 on her memoir The Shadow Beneath the Candle (Scribner/Simon & Schuster, 2020). Ariana grew up in 1970s Venezuela, where her industrialist father was a successful enigma who carried with him a darkness he never spoke about. When he died in 2001, he left her a box of wartime papers that gave clues to a multi-layered, astonishing history that began with her father’s escape from Nazi-occupied Prague and eventual decision to assume a fake identity, living in Berlin undercover and working as a spy for the Allies. The family saga, which will be out early next year, is already receiving rave reviews from readers as diverse and discerning as Michael Palin and Dani Shapiro. We can’t wait to read it! 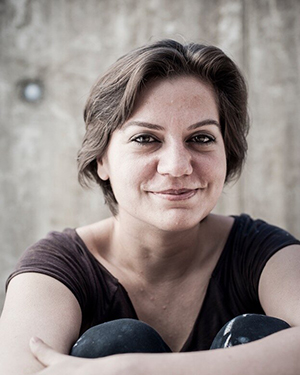 Art as a Vessel

Summer alumnus Ipek Kotan TSLP ’93 has been building a career as a renowned ceramicist and sculptor. The Istanbul-born artist creates beautiful bespoke vessels that can be found in more than 250 private collections around the world and in public collections in Germany, the Netherlands, and Turkey.

Earlier this year, Ipek was approached by Atelier 27 Paris about a commission for the VIP room at Cartier Dubai. After many years of discussing working together, she and Dutch documentary filmmaker Thijs Adriaan had planned to create a film in September, and chronicling the commission was a perfect fit. The first in a series of short films can be viewed here; it gives a 40-second glimpse of a ceramicist’s creative process. Ipek also recently exhibited her stunning tiles at the Decorex interior design fair in London. 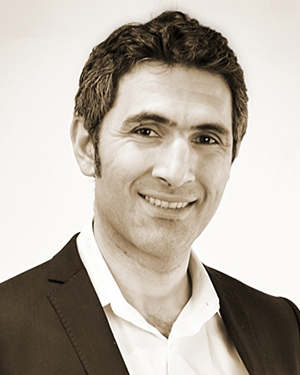 Nicky Billou TH ’84 is becoming a go-to guru for business owners in Canada and beyond. In January he published his third book, The Thought Leader’s Journey: A Fable of Life. His popular podcast The Thought Leader Revolution focuses on building thought leadership around a variety of factors, particularly those which aren’t often taught in business school. The eclectic podcast spans everything from sales to building a brand to personal development, and recent guests have included Jack Canfield, Tim Leatherman, and Neil Pasricha. 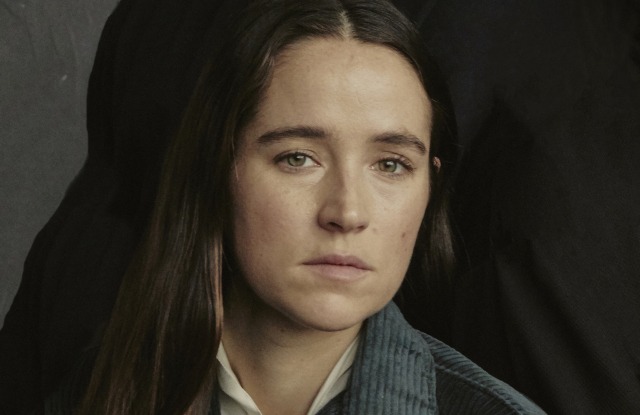 Emily Bode PG ’08 continued her run as fashion darling by winning the Emerging Designer of the Year Award by the Council of Fashion Designers of America. The menswear designer was also one of eight finalists for the coveted international LVMH prize. In September The Last Magazine published a profile on Emily that includes images from her recent collection. 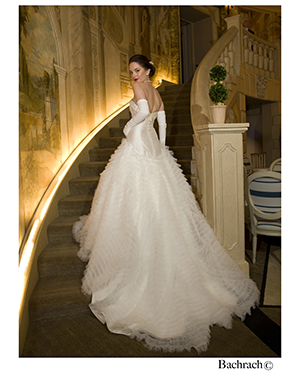 Jolie Vanier spent three summers at TASIS (MSP 2011, TSP 2012–2013) in between nurturing a prolific writing and acting career in Scottsdale, Arizona. Currently a junior at the University of Southern California, Jolie is also a debutante and participated in both the 2018 International Debutante Ball and the 64th Viennese Opera Ball earlier this year, both in New York City.

“They are celebrations of tradition and modernity,” Jolie says of the events. “We honor the past and join a legacy with our family members who have been presented before us. It’s a celebration of ladies aspiring to do good in the world and the ways they go about that, whether that’s through university, charity work, a career, or a mixture of those ways.”

But perhaps the most important question...what about the dress? Other than color (white) and shape (ballgown, to ensure a proper curtsey), what does a deb-to-be seek? “Choosing a dress is all about what flatters and makes you feel your best,” Jolie says. “The first dress I tried on was the one and though I managed to try on over 20 dresses at three different stores, it couldn’t be topped.”

And the dancing? “It’s good to know a few standard dances, especially the waltz,” as all debs and escorts open the dance floor after the presentation with a waltz. “Throughout the night, young men ask you to dance, so a good knowledge of social dances is nice to have, but the most important and cherished aspect of the event is getting to meet incredible people from around the world—much like TASIS.”

While Jolie didn’t know any of the debs or escorts before the ball, she is in regular contact with many of those she met that night and sees them when she is in New York. “As the night wore on we were all dancing in our gowns after having ditched our shoes and ended up talking until the early hours of the morning. It was a once-in-a-lifetime experience!”

Escorts are assigned, based on everything from languages spoken to height to hobbies. At the International Debutante Ball, Jolie was paired with London-based Count Michael Ziadie-Campbell (of MTV’s “The Royal World” fame)—on the heels of winning a Foulke Fellowship to study gender in the 18th and 19th centuries in London in the summer of 2019—so that she “might have a familiar friend to call on while in the city.”

The London opportunity and Jolie’s passion for history was inspired by her time at TASIS. “I believe that history should be immersive and interactive because TASIS exposed me to historical sites and cities at a young age,” she says. “Now I have the travel bug and being up close to history, in addition to academic research, helps me to create a more well-rounded document that has a personal touch.”

Jolie has managed to forge a busy career as an actress and writer, as well; those who were at TASIS during her summers may remember her starring in the original musicals Spy School, Once On This Island, and Detention, which won her a Best Young Actress - Live Theater award at the 35th Young Arts Awards in 2014. She has been invited to the Young Entertainer Awards (YEA) in Hollywood every year since its inception and in 2019 was nominated in the Best Young Actress - Short Film category. “I love the YEA because it celebrates child actors who normally wouldn’t get recognition unless they were on the Academy Award-level,” she says. “It gives encouragement to young entertainers and acknowledges the hard work they put in. Being a child actor is very tricky because you need to retain your childlike wonder with the added professionalism of an adult, and I think it’s wonderful to recognize those who are succeeding.”

Jolie is most proud of her first film, Shorts, as well as a passion project for writer and director Julia Barnett called Chasing Grace. Indeed Jolie sees screenwriting in her own future. Her screenplays have won awards at the International Family Film Festival and the Moondance Film Festival for films based on her two children’s books; yes, Jolie is an author, too. She is currently writing a Christmas movie for children. (And while we’re at it, she’s also released numerous music singles; singing is “never off the table,” she said.)

Jolie is perhaps the embodiment of a 21st-century debutante: grounded, creative, ambitious, and accomplished far beyond her 21 years. But we’ll always remember Jolie hanging out at the ping pong tables and rehearsing on the lawn outside Casa Fleming. “Some of my happiest memories are from TASIS,” she says. “I remember hanging out on the magic platform. I remember conversations that were lost in translation but ultimately we would laugh about it. I loved weekend trips and, looking back, I’m incredibly grateful for the unique way that TASIS allowed me to see the world.” 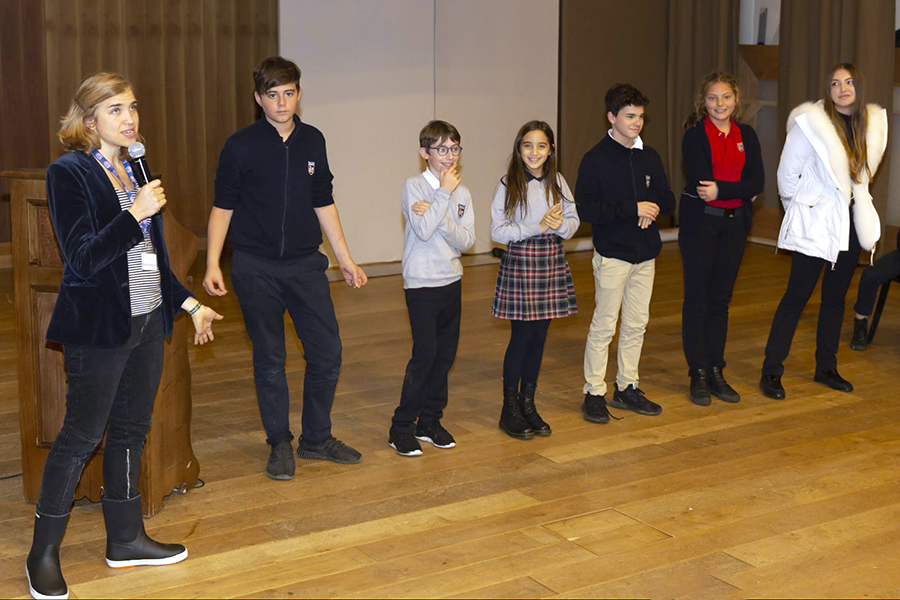 Your Story is Valuable

Thank you to Ollie Rasini ’99 for writing this excellent piece about the time she spent with the TASIS Middle School community last fall!

Celebrate TASIS with Us!

We would be delighted to see you at one of our upcoming all-class reunions! Join us in London (November 1), Tokyo (November 16), Washington, D.C. (November 22), or San Francisco (March 14)!

Recaps of past TASIS alumni reunions can be found here.