What does it mean in today's ever-changing world to take an established tradition and make it your own? International Women's Day has been celebrated for over a century; however, each year it represents something new as times change and issues get pushed under the mat just to resurface again.

As a young woman of the millennial generation, I have only been alive to witness the fourth wave of feminism: one that has focused on the fight against street and workplace harassment, campus sexual assault, and rape culture. Something that makes this effort unique from all the rest, however, has been the role social media has played in the way women and men all around the world fight this ongoing battle together. It is now easier than ever to contribute to the movement with only the touch of a screen, and this has made these issues relevant and expressive of multiple realities and identities as resources are globalized. With each year comes the growth of more movements and organizations created to bring awareness to the issues that have been pushed to the side for too long, and women have made the message clear that they are not going to let their voices be muffled. Merriam-Webster even declared feminism the 2017 word of the year.

While 2017 posed many hurdles for women all over the world, it also gave rise to some of the biggest leaps in the movement. On January 21, the Women's March took place in Washington, DC, and has since been named the “largest single-day protest in US history,” with more than 500,000 protesters marching in Washington along with marches in 81 other countries around the world. I was lucky enough to be able to walk alongside those 500,000 and stand my ground next to women and men alike who came from all around the US. To this day, it was easily one of the most amazing experiences of my life. Ethnic background, socioeconomic status, gender affiliation, and sexuality had no role on those streets as everyone marched for one united goal. This was the spark to a flame that surrounded the US at full force and has not been dimmed since.

With women marching, fighting, speaking, and posting, they’ve all worked to have one message be heard loud and clear: enough.

Lilian with friends at the 2017 Women’s March in Washington, DC

During this January’s Golden Globes, women and men from Hollywood came together in solidarity by wearing all black to support the movement with the #Time’s Up campaign. This movement was focused on abuse that is deeply ingrained in the music and film industry but goes unnoticed. This stance, in conjunction with the #MeToo movement, gave rise to the determination to strip away the taboo that comes with the word “victim” and to encourage more women and men to tell their stories. Reese Witherspoon, an active member in Women's Rights campaigns throughout the years, asserted, “I want to thank everyone who broke their silence this year and spoke out about abuse and harassment. You are so brave. So people out there who are feeling silenced by harassment, discrimination, abuse...Time's Up! We see you, we hear you, and we will tell your stories.” 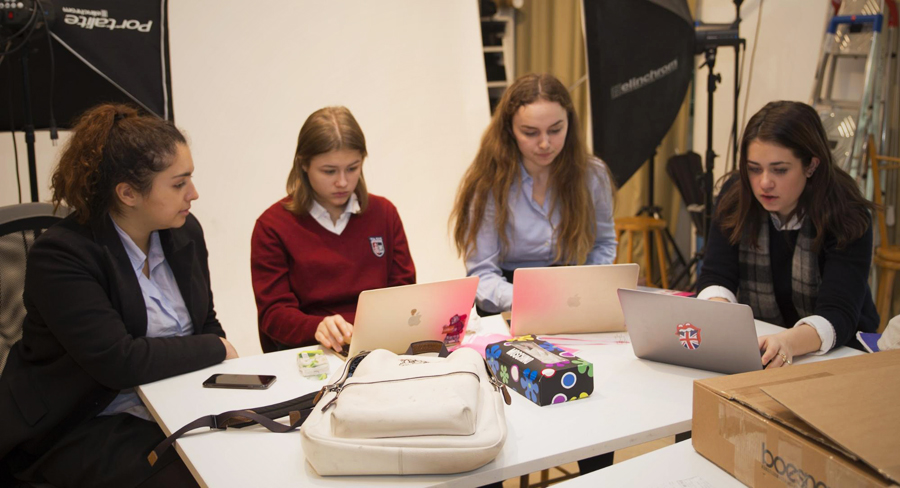 As a member of the student-directed TASIS Service Learning Board this year, it was part of my job to help plan an assembly for International Women's Day on March 8. As soon as I heard about this opportunity, my mind raced with all the things we needed to say. Sometimes the focus we have as students to balance our academic, social, and athletic commitments keeps us inside a bubble that surrounds our life at school. Even though TASIS is fortunate to be a global community with students from all around the world, it is easy to lose sight of the ever-changing, fast-paced affairs that saturate the news. Having a platform—even if all it did was spark something in us or remind us to stay active and involved in current events—to discuss this topic was extremely valuable.

In our assembly, we spoke out about two of the many issues that affect women today: sexual assault and inequality in the workforce. The wage gap is still a very real and impending problem, and with the rise of the Time’s Up movement even more cases of abuse and discrimination based solely on gender are surfacing. In addition, we felt as if this day would not be complete with the conversation of sexual assault, which has become a topic more people are willing to discuss freely, just like any other issue that needs to be changed.

Showing our support for the movement, the Service Learning Board organized a no-uniform day to raise money for the #Time’s Up campaign, but there was one catch: everyone had to wear all black. One of the unique aspects of TASIS is its extremely strong sense of community—which is demonstrated, in one way, by our uniforms. Seeing the campus filled with uniforms, but this time with everyone in all black, was a sign that the school will come together on any day to show support for one another and for a greater cause. In the end, we were able to donate CHF 670 to the #Time’s Up campaign. 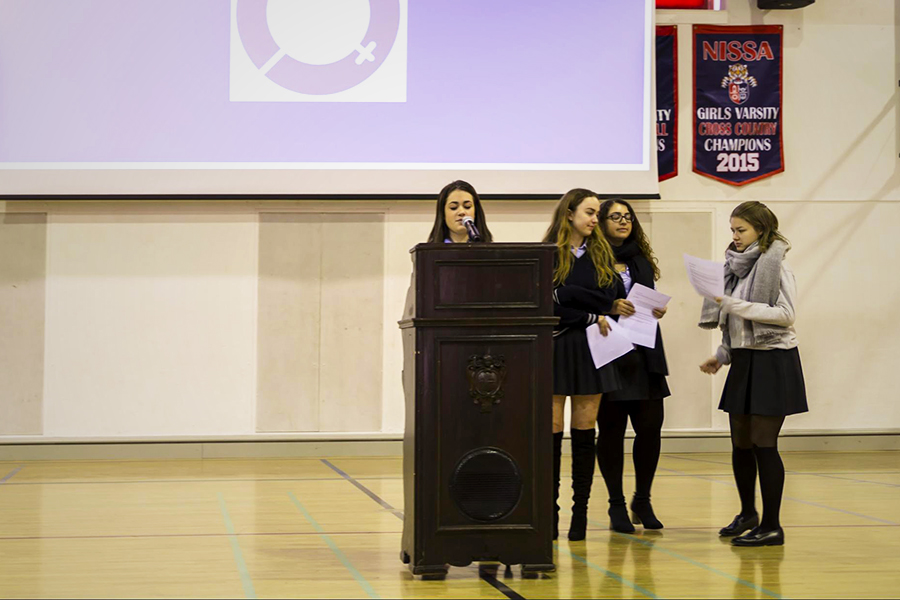 But why is it important? This day needs to be celebrated because it is, according to Beth Garriott, Senior Program Officer for the Center for Women’s Leadership Initiatives, “an opportunity to reflect, rejoice, and recharge ourselves together in community with women all across the globe.” It is a day in which we can put down our phones, computers, and textbooks and acknowledge the strides that have been made toward equality—and the many strides left to go until we reach it. It is important because someday little girls need to be able to grow up without thinking they aren't strong or brave. Women need to be able to walk the streets without being catcalled or without the constant fear of abuse. Women need to know that once they walk into the workplace, their salary will be based on nothing more than their merit and intelligence.

We are all a part of the flame, and it is in our hands to keep it burning.