A New Life for Dr. Michael Aeschliman's The Restoration of Man
Sep 19 2019 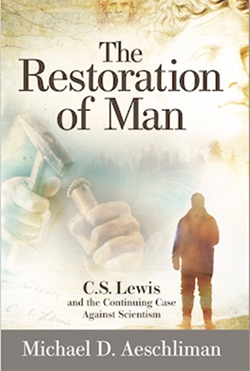 Congratulations are in order for TASIS Foundation Board member Dr. Michael D. Aeschliman, whose first book—The Restoration of Man: C.S. Lewis and the Continuing Case Against Scientism—has been re-released with a substantial new introduction by the award-winning English science writer Dr. James LeFanu.

The first two editions of The Restoration of Man were published in 1983 and 1998, and this third edition has been augmented with new material. The new English-language edition was published by Discovery Institute Press and received a glowing review by the polymathic intellectual Professor Christopher Blum, who took a Ph.D. in the History and Philosophy of Science as a National Science Foundation Fellow: it will be featured in the September 30 print edition of National Review, with an online version available here. (The new edition also just caught the attention of Rowan Williams, the former Archbishop of Canterbury.) A French edition (Paris: Pierre Téqui) of Dr. Aeschliman’s book is due out soon and will include reprints of several of his essays on French writers.

“In The Restoration of Man, Aeschliman ably chronicles how the culture associated with the new science of the 17th century began poorly and became worse,” writes Professor Blum in his review. “Michael Aeschliman’s profound interpretation of the conflict between sapientia and scientia could scarcely be more relevant and compelling,” adds the Cambridge-educated Dr. LeFanu, who is the Science and Medicine Correspondent for the London Telegraph, writes for numerous other journals, and has authored several books, including The Rise and Fall of Modern Medicine, for which he won the Los Angeles Times Book Prize.

Dr. Aeschliman’s 49-year affiliation with TASIS includes two periods teaching at TASIS Switzerland, membership on the Academic Committees at both TASIS Switzerland and TASIS England (where he helped shape the curriculum when the School was founded in 1976), many years as chief curriculum advisor and publications writer for all TASIS programs, and current membership on the TASIS Foundation Board. He has also served as a guest lecturer through the years and will be giving a talk to the School’s Theory of Knowledge (TOK) classes later this autumn.

A widely published author (about 185 publications) on both sides of the Atlantic in English, French, and Italian, Dr. Aeschliman is Professor Emeritus of Education at Boston University and Professor of Anglophone Culture at the University of Italian Switzerland. He holds a B.A., M.A., M.Phil., and Ph.D. degrees from Columbia University in New York City.

Dr. Aeschliman will retire in January from the University of Italian Switzerland, where he has taught since its foundation in 1996, marking the end of his distinguished 50-year career in education. The University has asked him to deliver a series of public, valedictory lectures (in English) this spring, which will be open to the public. More information will be shared with the TASIS community in advance of the lectures. 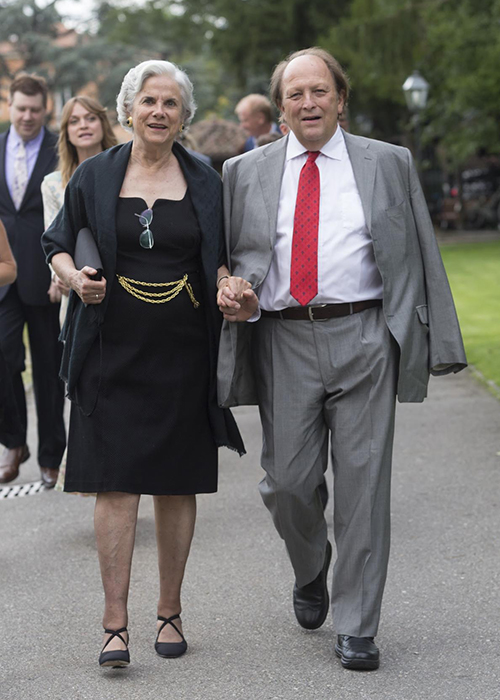 Dr. Aeschliman with his wife, TASIS Chairman of the Board Lynn Fleming Aeschliman