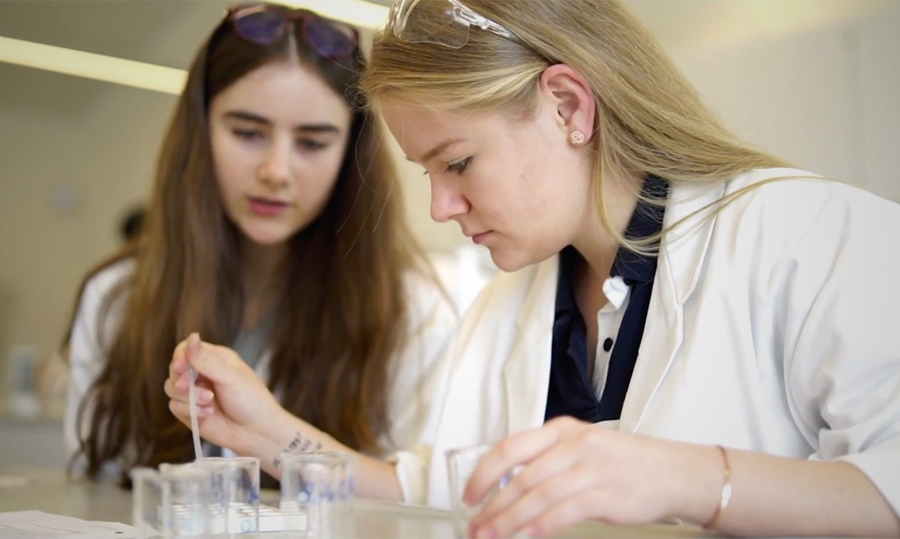 In the following analysis, we review the data and highlight some of the many successes from the 2018 International Baccalaureate (IB) exams. Commendation is due to the 75 TASIS students who sat for at least one IB exam this spring, the dedicated teachers who worked so hard to prepare them, International Baccalaureate Coordinator Howard Stickley, Creativity, Activity & Service Coordinator Mara Bernasconi, Extended Essay Coordinator Dan Kirsch, High School Academic Dean Mark Abisi, and Director of Studies David Jepson.

To better understand why some students at TASIS choose to pursue an International Baccalaureate (IB) Diploma while others focus their efforts on Advanced Placement (AP) classes, we recommend reviewing this article, which also includes an analysis of AP and IB results from 2015 and earlier. Analyses of the 2017 IB and AP results, the 2016 AP results, and the 2016 IB results are also available on the TASIS website.

Forty-seven of 48 candidates (98 percent) passed their exams and earned an International Baccalaureate Diploma. This is the sixth consecutive year TASIS students have passed at a rate of 97 percent or higher while the worldwide pass rate has hovered around 80 percent.

The highest overall score for a successful IB Diploma candidate at TASIS was 40, and the average score obtained by candidates who passed the diploma was 31.5—well above the 2018 worldwide average of 29.8. (Learn how a student’s IB Diploma score is determined.)

Anastasia Kolesnikova recorded the 40—a feat accomplished by just seven percent of candidates worldwide—earning a perfect 7 on the Higher-Level (HL) Chemistry and Biology exams and the Standard-Level (SL) Art History and French B exams. She will pursue a degree in Biochemistry at Imperial College London.

Including students who took individual IB exams but did not pursue a full IB Diploma, 75 TASIS students combined to take a total of 312 exams in 42 different subjects—with their mean scores matching or exceeding the world average in 33 of the 42 subjects (79 percent). There were 20 different subject exams in which at least one TASIS student recorded a 7.

Of the 47 students who passed their exams, 18 earned an IB Bilingual Diploma—meaning their first language (Language A) is not English or their Extended Essay was not written in English. The School’s Bilingual Diploma rate of 38 percent compares favorably to the worldwide rate, which is typically around 30 percent. (Full results from the 2018 IB exams will not be released by the International Baccalaureate Organization until the fall.)

Benefiting from a state-of-the-art science center and an exceptional faculty, IB science students posted their usual set of superb scores, outpacing the world average in Biology HL by 1.09 points (taught by Peg Crockett in 2017–2018 and by Dr. Jill Sawyer-Price in 2016–2017), in Environmental Systems and Societies by 0.99 points (first-year teacher Emma Bassett), in Physics SL by 0.95 points (Matt Walker), in Chemistry HL by 0.41 points (Alec Ogilvie), in Chemistry SL by 0.35 points (Ogilvie), and in Biology SL by 0.35 points (Crockett and Dr. Sawyer-Price).

TASIS is home to many gifted linguists, and the scores on the Italian, French, and Spanish exams (B HL, B SL, and AB SL) were outstanding once again. Of the 41 students who took IB exams for Italian (taught by a combination of Natalia Carretta, Geraldine Caussette, Florence Kofler, Marzia Lecci, and Stephanie Roth over the course of two years), French (Brigitte Cazebonne, Caussette, and Kofler), or Spanish (Angel Alvarez, Nilda Lucchini, and Paloma Simona), 36 earned a 6 or 7.

Continuing an impressive run of success, all 17 non-native English speakers who took the English B HL exam scored at least a 6, with the group’s combined average of 6.06 besting the world average by 0.32 points. Credit the entire English as an Additional Language (EAL) Department—particularly IB English B teachers Carolyn Heard, Tamara Schumacher, and Andra Yount—for these excellent results. 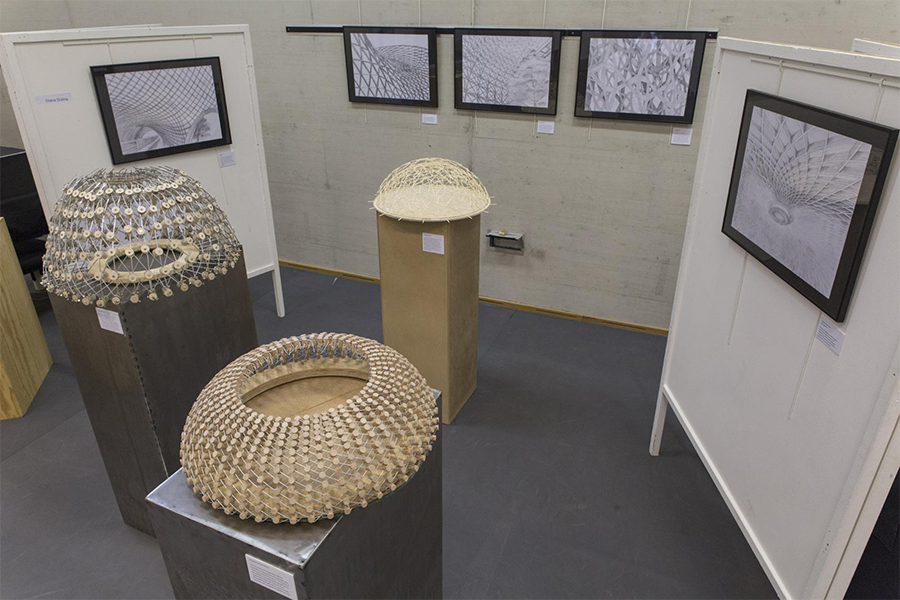 Aspiring artists have been challenged at TASIS since its founding in 1956 by M. Crist Fleming, who believed “a love of literature, the arts, and the performing arts is the heart and soul of education.” Guided by Martyn Dukes (Painting), Frank Long (Photography), and Mark Aeschliman (Architecture), 17 students took the IB Visual Arts HL exam and produced an average score of 4.88, topping the world average by 0.40 points. Mr. Aeschliman also helped eight students achieve an impressive average score of 5.71 on the Art History SL exam—0.90 points above the world average.

Ten students took the Math Studies SL exam and eclipsed the world average by 0.57 points. They were prepared by Thomas Joyce.

David Gress-Wright’s history students surpassed the world average in European History HL by 0.95 points and in History SL by 0.35 points.

Peter Locke and Anna Kavalauskas prepared 16 students for the challenging English A: Language and Literature HL exam, and all but one scored at least a 5. The mean score of 5.06 bettered the world average by 0.07 points. 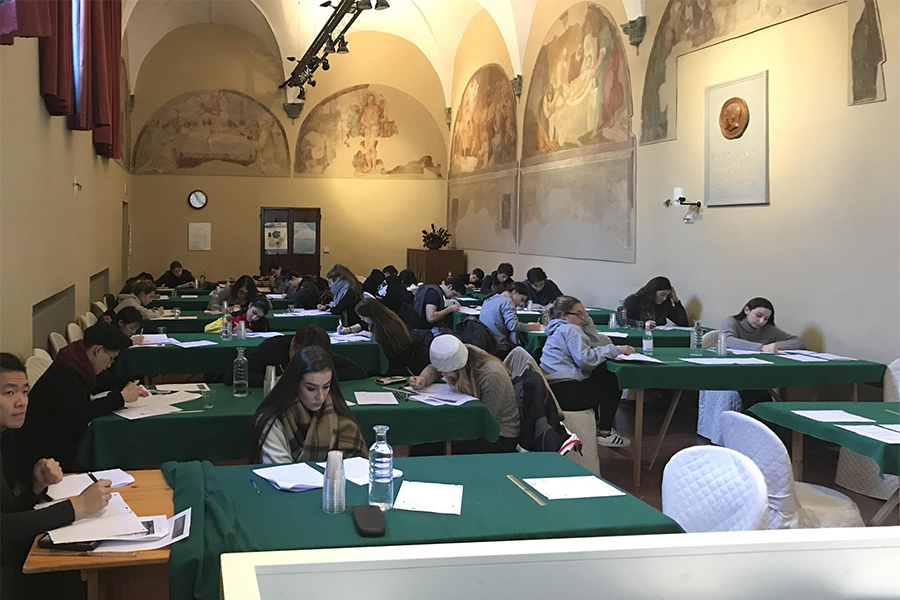 All senior IB students spent Spring Academic Travel preparing for their exams at a historic monastery in Siena, Italy.